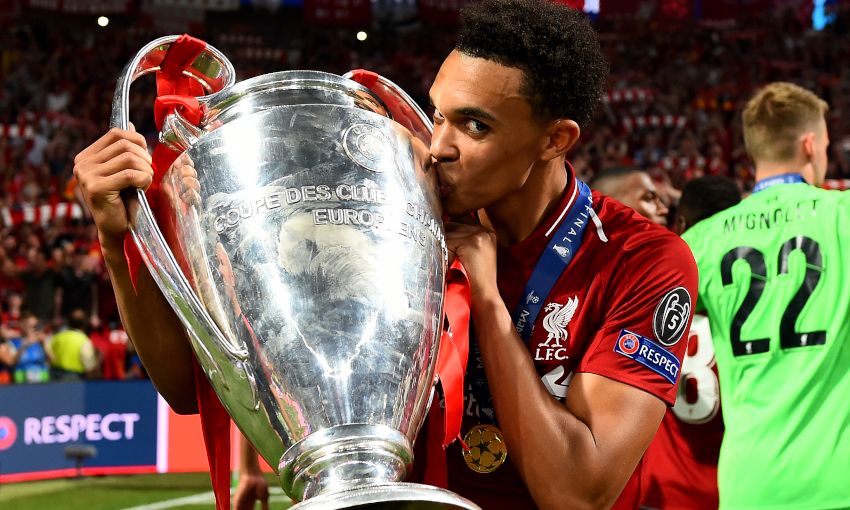 Conor Coady understands better than most just what makes Trent Alexander-Arnold's leap into the Liverpool history books so impressive.

A graduate of the Reds’ Academy himself, Coady – who is now the captain of Premier League side Wolverhampton Wanderers – made two appearances for the club before departing in 2014 and beginning his own journey to England’s top flight via a different route.

The defender has a particular appreciation, then, for how Alexander-Arnold has hurdled the challenges that come with trying to break through at Anfield and, in doing so, become a European champion at the age of 20.

“It’s incredible,” Coady told Liverpoolfc.com. “People have to realise how tough it is to make it at such a big club like this and realise what he has actually done.

“How he has gone about his business is absolutely brilliant. You see how much he loves Liverpool Football Club, I’ve heard him talk plenty of times saying he wants to go on to be Liverpool captain, he wants to spend his career at Liverpool, this is his club – and you really believe him when he says it.

“I hope people realise how tough it is to make it at a club like this, because it is tough, and the achievement is remarkable.

“The Barcelona game, the corner, will live in every Liverpool fan’s mind for many, many years. To have that confidence to do that in front of the Kop was special.”

Alexander-Arnold’s natural footballing ability gave the No.66 the platform to progress through the Academy age groups and onto senior football under Jürgen Klopp.

But it’s the Scouser’s confidence and conviction that he belongs on the biggest stage that has allowed him to cement a position in the Liverpool XI, according to Coady.

“It’s mentality, it’s a will to win, it’s a belief in your own ability,” he said. “It’s also a manager who believes in you, a manager who wants to improve you as a footballer.

“I think that’s down to him listening to the manager and improving each and every day. He has been brilliant.”