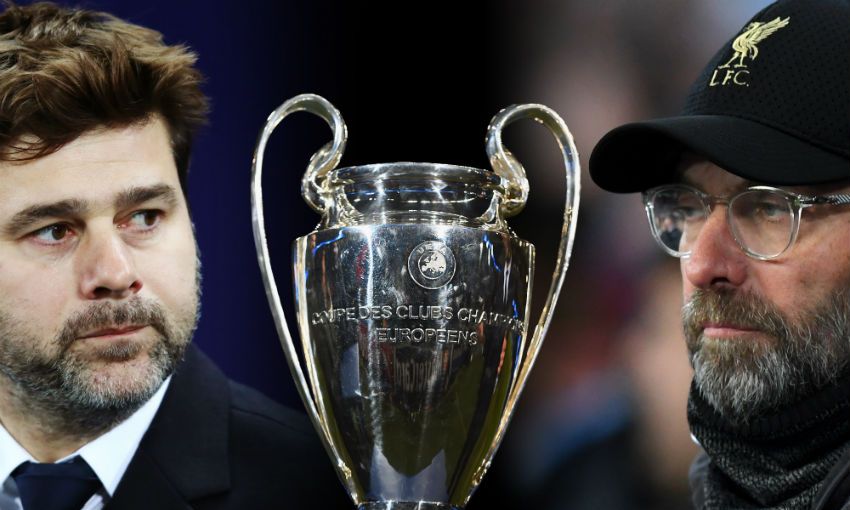 The very first managerial duel between Jürgen Klopp and Mauricio Pochettino provided a clear indication of how the rivalry between their clubs would play out during subsequent years.

The possession, shots and shots on target statistics were almost dead level in that goalless draw at White Hart Lane in October 2015 - Klopp’s debut as Liverpool boss - and while the Reds have generally shaded things since then, losing only one of their nine clashes with Tottenham Hotspur during the German’s tenure, their encounters with Pochettino’s side have tended to be extremely hard-fought.

“Tight, high-tempo, high-quality games that have been settled by a moment of individual excellence or a mistake,” as Jonathan Wilson wrote for Liverpoolfc.com, and this season has been no different.

We’ve cast an eye over Liverpool’s pair of 2-1 2018-19 Premier League wins over Tottenham in September and March respectively to see what can be learned ahead of the most momentous and keenly-anticipated meeting yet - Saturday’s Champions League final at Estadio Metropolitano in Madrid.

There aren’t many Premier League clubs that Roberto Firmino has failed to score against during his time as a Liverpool player but, before this season, Tottenham were one of them.

Goalless in four previous attempts, the 27-year-old kicked any sense of a hoodoo into touch this year by scoring home and away to Spurs and imposing his usual brand of physicality and finesse on both games.

At Wembley last autumn he was Liverpool’s joint-top performer in the ‘total duels’ and ‘aerial duels’ categories - registering five and 11 respectively - and popped up in the right place at the right time to score the decisive second goal shortly after half-time, smashing into the net from close range after Sadio Mane’s cross had been deflected onto the post and squirmed out of goalkeeper Michel Vorm’s reach. 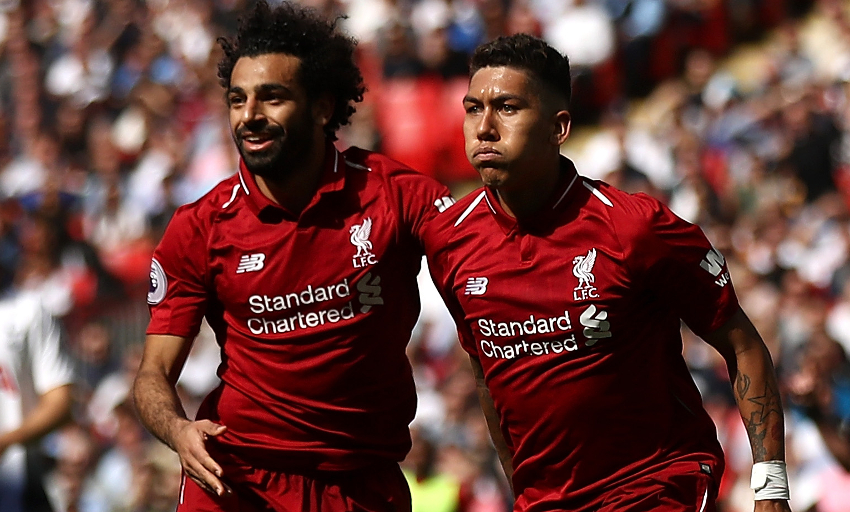 Firmino would sustain an eye injury later in the second half but returned just three days later to score a sensational stoppage-time winner against Paris Saint-Germain on Champions League matchday one.

The Brazil international - passed fit by Klopp on Friday following a muscular injury - who has notched four goals and one assist in 11 Champions League appearances this term, also made his mark when Spurs visited Anfield in the spring, opening the scoring with a superb downward header from Andy Robertson’s trademark left-wing cross.

Robbo and Virgil to the rescue

Attacking and defending as a unit might be one of the key tenets of Liverpool’s style under Klopp, but that doesn’t mean there isn’t room for moments of individual heroism.

As Tottenham fought back from 1-0 down at half-time at Anfield in March and began to gain a measure of control, Robertson and Virgil van Dijk took turns to act as the protagonist in flashpoints which could have transformed the outcome of the game.

When a Harry Kane shot was parried by Alisson Becker into Christian Eriksen’s path a goal seemed inevitable, but Robertson ate up the yards remarkably quickly to throw himself in front of the Dane’s shot and deflect it over the crossbar.

Then, with the score at 1-1 after Lucas Moura’s leveller and only five minutes left to play, Spurs midfielders Moussa Sissoko and Son Heung-Min charged over the halfway line with only one Liverpool player left behind to foil the counter-attack.

Thankfully, that player was Van Dijk, who calmly maintained his position in between the two attackers, cut off the space and forced Sissoko to go it alone.

As the Frenchman’s shot sailed into the stands another red-shirted defender appeared in shot alongside Son - surprise, surprise, it was Robertson. That Liverpool eventually did emerge with three points that day was as much down to Van Dijk and Robertson as it was Mohamed Salah - the man who forced Toby Alderweireld’s 90th-minute own goal - as Klopp acknowledged afterwards.

“They had the two counter-attacks, one really big one and if they scored in that situation then I would have probably doubted that we would still win the game,” assessed the boss.

“But they didn’t because in the end Virg defended it brilliantly, in the best way you can do it; if you cannot win the challenge then give the opponent a chance to make a mistake himself.”

Those games at Wembley and Anfield both followed a very similar pattern; Liverpool controlling the first 45 and going in at half-time with a narrow lead, only to come under pressure in the second period after Pochettino altered his side’s shape and brought men off the bench.

Tottenham’s late charge at Wembley was spearheaded by substitutes Son and Erik Lamela, the latter recording more shots than any of his teammates despite spending only 30 minutes on the pitch, and eventually finding the net with a smart half-volley from an angle.

If Saturday’s match proves to be the sort where inspiration from the bench is required then the Reds can reflect on a season’s worth of memorable contributions by substitutes.

From Firmino’s late winner against PSG, to Daniel Sturridge’s sublime equaliser at Chelsea, to that Divock Origi goal against Everton, to Xherdan Shaqiri’s brace against Manchester United and Gini Wijnaldum’s double against Barcelona, 16 of Liverpool’s goals in the campaign have been tucked away by subs.

And the format of the final lends itself to maverick decisions by the managers, who are permitted to list as many as 12 substitutes on their bench, opening up potential opportunities for the likes of Rhian Brewster and Alex Oxlade-Chamberlain; both recently recovered from serious injuries.

“Who knows, hopefully I’ll be in the squad, I hope I can be one of the 12 on the bench,” commented Brewster during last week's Marbella training retreat.

Said Oxlade-Chamberlain: “If I can be involved, that would be amazing, but just to be around it and be fit and healthy again is good for me as well.” 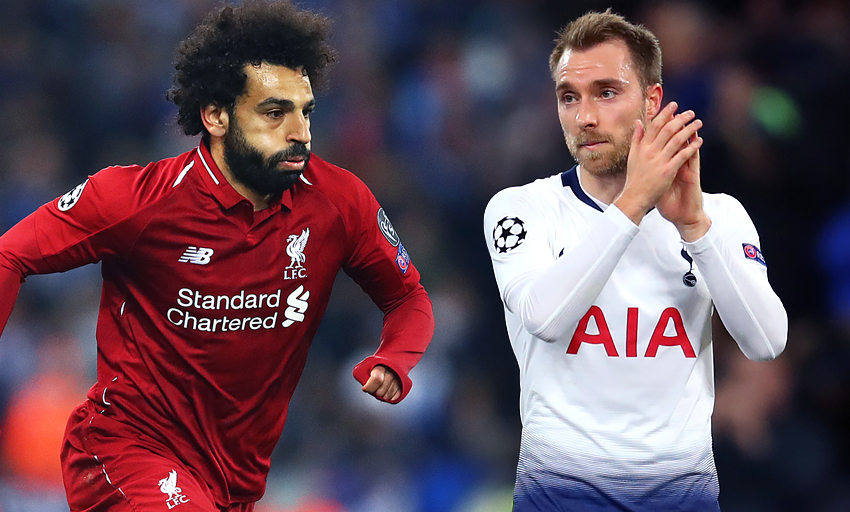 A year or two ago there was little doubt around who constituted Tottenham’s biggest goal threat.

And while Harry Kane will undoubtedly be one to keep an eye on should Pochettino give him the nod in Madrid, one of the most fascinating elements of the North Londoners’ evolution this season is the way other attackers have come to the fore and performed at such a level that Kane is not guaranteed to start even if he has fully recovered from the ankle injury he suffered in April.

Eriksen, Son and Moura have struck 45 times between them in all competitions, with the diminutive Brazilian in particular drawing praise for his virtuoso performance against Ajax in the semi-final second leg, when his second-half hat-trick turned a 3-0 aggregate deficit into a dramatic away goals victory.

Arguably Spurs’ most impactful player in their two encounters with Liverpool this season, Moura hit the post at Wembley and scurried onto Eriksen’s scuffed shot to score past compatriot Alisson at Anfield. Equally comfortable on the left flank or as part of a front two, the fleet-footed forward helped Tottenham avoid a group-stage exit with his late equalising goal away to Barca on matchday six. 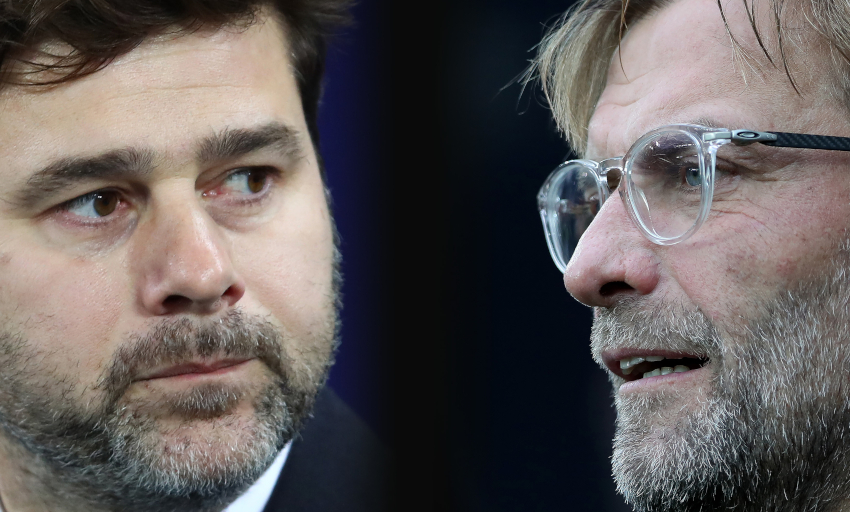 ‘The midfield battle will be key’ might sound like ta bit of a cliche, but it may well ring true at the shiny new home of Atletico Madrid on Saturday evening.

In contrast to Tottenham, who have played a two, a three or a five in midfield at different stages of the season, Liverpool have for the most part stayed true to a central three, even if injuries, suspensions and specific tactical requirements have left the actual identity of that trio in flux.

Klopp has fielded almost every conceivable combination from five - Wijnaldum, Fabinho, Naby Keita, Jordan Henderson and James Milner - in the so-called bigger games this season, and it is testament to the depth of the squad and the collective spirit at work in it that there’s been so little difference in the level of performance regardless of precisely who’s manning that engine room.

The 4-0 win over Barcelona, when two-goal hero Wijnaldum started on the bench and Milner spent the second 45 minutes at left-back, was the perfect example, but with everyone other than Keita fit, Klopp is likely to be left with the familiar burden of having to chose one man to miss out.

Spurs, meanwhile, have not had the same level of continuity; fielding a 4-3-1-2 with Harry Winks, Moussa Dembele and Eric Dier in the middle for Liverpool’s win at Wembley, for example. Since then Dier has fallen out of favour, Dembele has joined Guangzhou R&F and Winks had undergone groin surgery - though may be ready to return tonight.

In their place the likes of Victor Wanyama and the aforementioned Sissoko have stepped in and performed with distinction, leaving Pochettino with a similar dilemma to Klopp if Winks is indeed fit.

“Yes, Tottenham play different systems and can change it in the game,” said the Liverpool manager earlier this week. “It only influences you if you are not ready to react, if you are tired or not aware. In the analysis of the opponent, Tottenham are good here, good there - but we are there as well, thank God.”