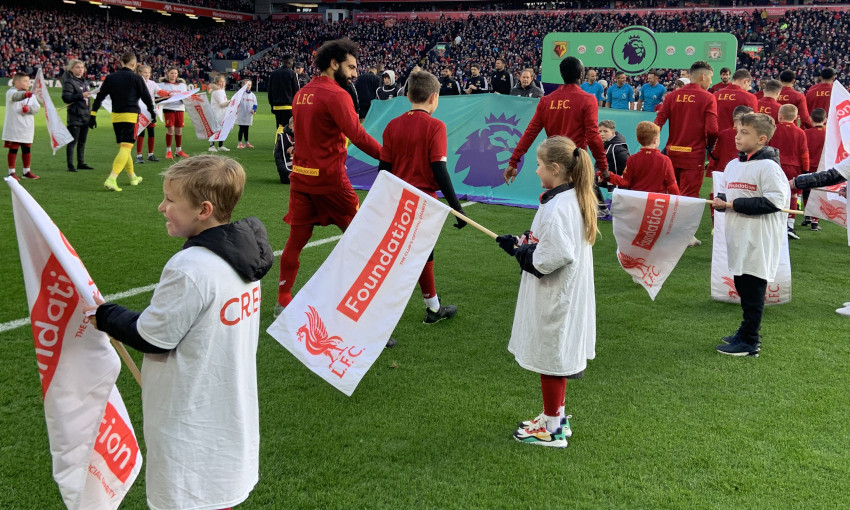 The year 2019 has been an incredible one for Liverpool FC – both on and off the pitch. While the trophies and awards have been rolling into the club over the last 12 months, the LFC Foundation has been bringing the greatest football family in the world together to improve the lives of others.

The club’s official charity delivers a range of impactful programmes and activities to help create life-changing opportunities for children and young people across the Liverpool City Region and beyond.

The Foundation’s work focuses on long-term sustainable change across three key areas of wellbeing, skills and communities – from a core schools programme which sees Foundation coaches providing both sport and classroom provision, to its work with local military veterans focusing on football and signposting support services. The range of what the LFC Foundation delivers is huge and still growing.

Over 28,000 children and young people joined in with LFC Foundation programmes during the 2018-19 season, which was an increase of 86 per cent, and the Foundation is already on track this season to beat that figure.

In the past 18 months, the LFC Foundation has almost doubled its team to meet the demand. As it stands, the team currently delivers 57 different sessions every week through more than 25 different projects in over 20 different venues across Merseyside.

Matt Parish, LFC Foundation director, said: “This is just a snapshot of the incredible work that is delivered both locally and globally by the LFC Foundation. I’m so proud to lead this fantastic charity that is committed to making a real difference to many people’s lives.

“I’d like to thank all of our fans, members of the community, participants, partners, funders, volunteers, and the incredible LFC Foundation team for your continued support and hard work this year.”

The LFC Foundation kicked the year off by expanding its Premier League Primary Stars programme in Merseyside schools. The LFC Foundation’s delivery in local primary schools now extends beyond the national curriculum for physical education, focusing on topics such as building and improving resilience, self-esteem, values, teamwork, diversity and inclusion.

The LFC Foundation's Respect 4 All programme celebrated its 10th anniversary this month. Launched in February 2009, the inclusion project provides free weekly multi-sports and activity sessions for children and young people with complex and additional needs. 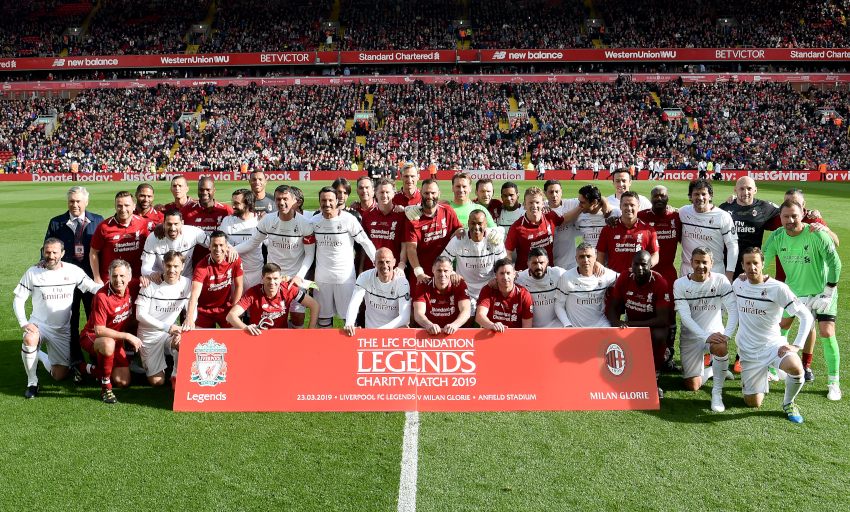 March also saw the LFC Foundation announce the appointment of Matt Parish as its director.

The LFC Foundation's Open Goals programme was the focus of the BBC’s Match of the Day community feature, showcasing how the initiative supports local children and their families. 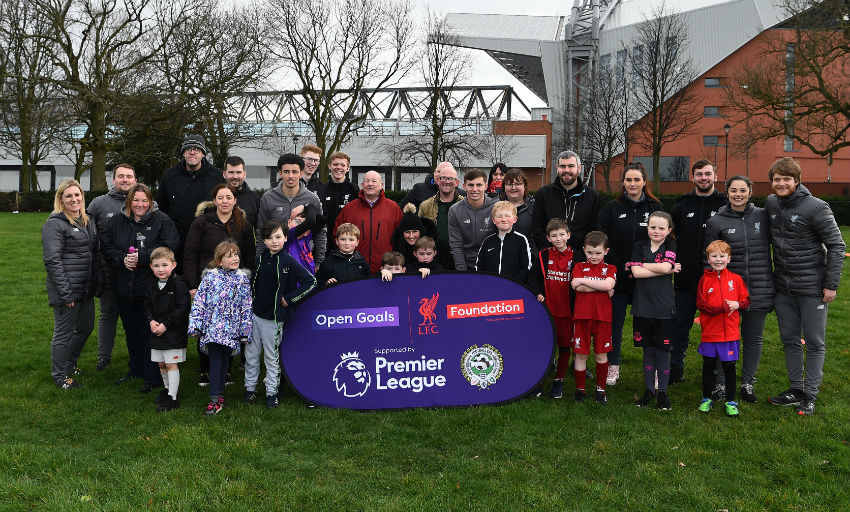 The LFC Foundation pledged a £50k donation to Zoe's Place Baby Hospice in Liverpool, matching the donation made by Reds star Alex Oxlade-Chamberlain. 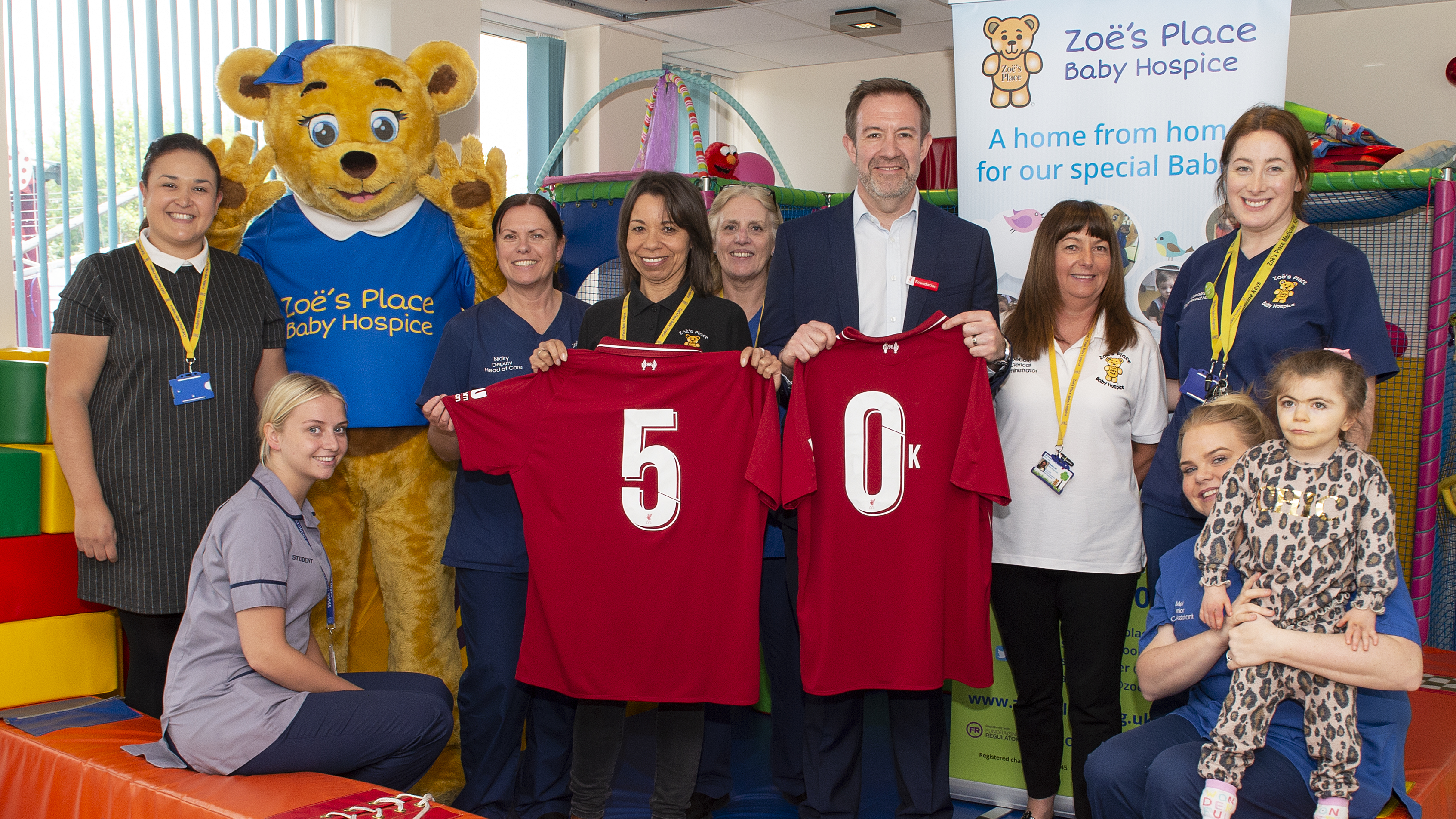 The LFC Foundation donated proceeds from the matchday lottery at the Reds’ final Premier League fixture of 2018-19 to the Seán Cox Rehabilitation Trust, alongside proceeds from the Foundation’s fundraising auction in aid of Seán earlier in the year.

The LFC Foundation held its second annual Pride tournament at Anfield Sports and Community Centre, when teams from across the city came together to celebrate football and togetherness in support of the LGBT+ community. This was part of the club-wide initiative to support this year’s Pride in Liverpool festival. 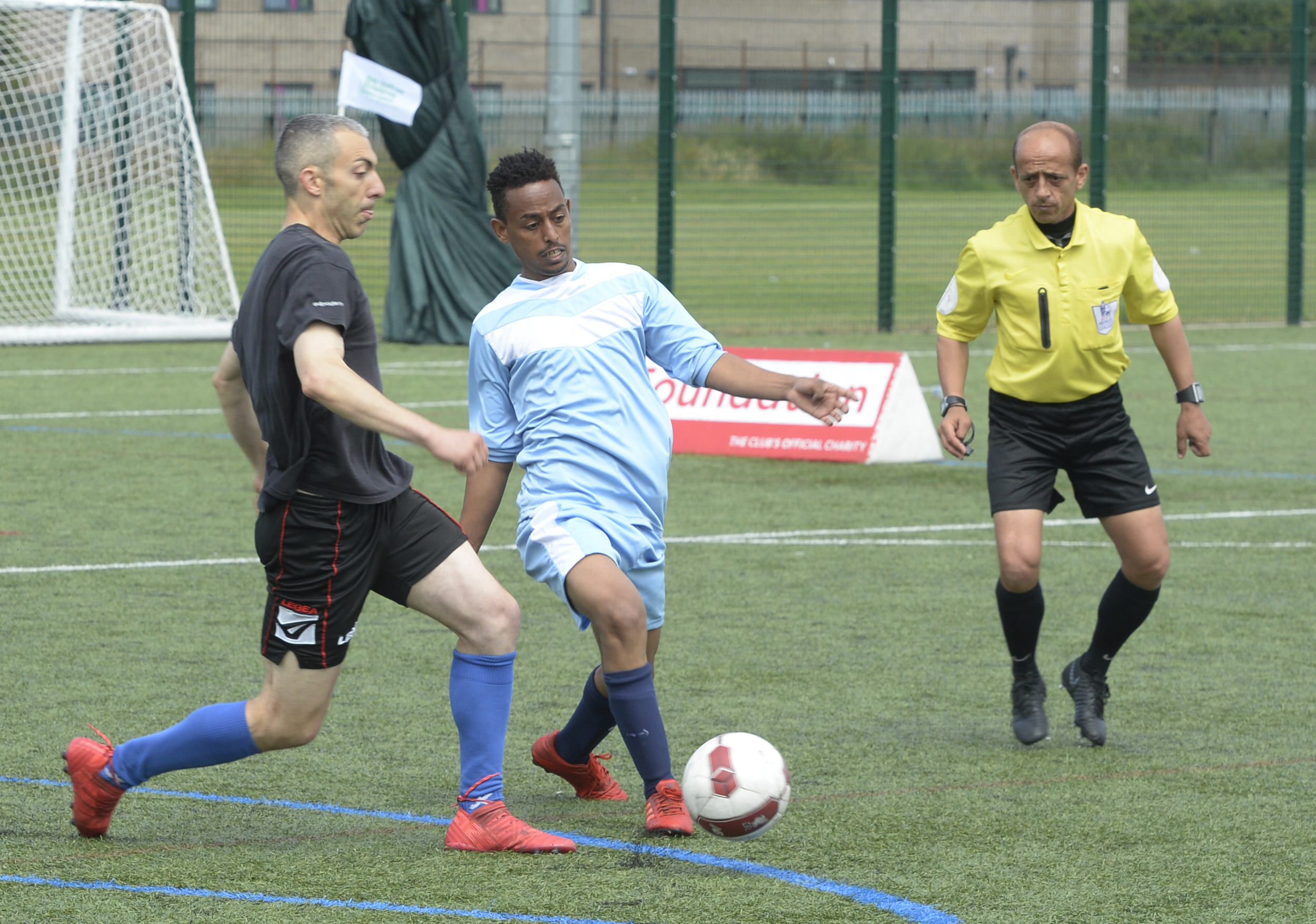 The LFC Foundation headed back to Malawi to deliver the final stage of the Health Goals Malawi project alongside the Liverpool School of Tropical Medicine (LSTM). The programme delivers sports-based public engagement activities in Malawi, which allow young people to access health services and education focused on HIV and other sexually transmitted diseases. 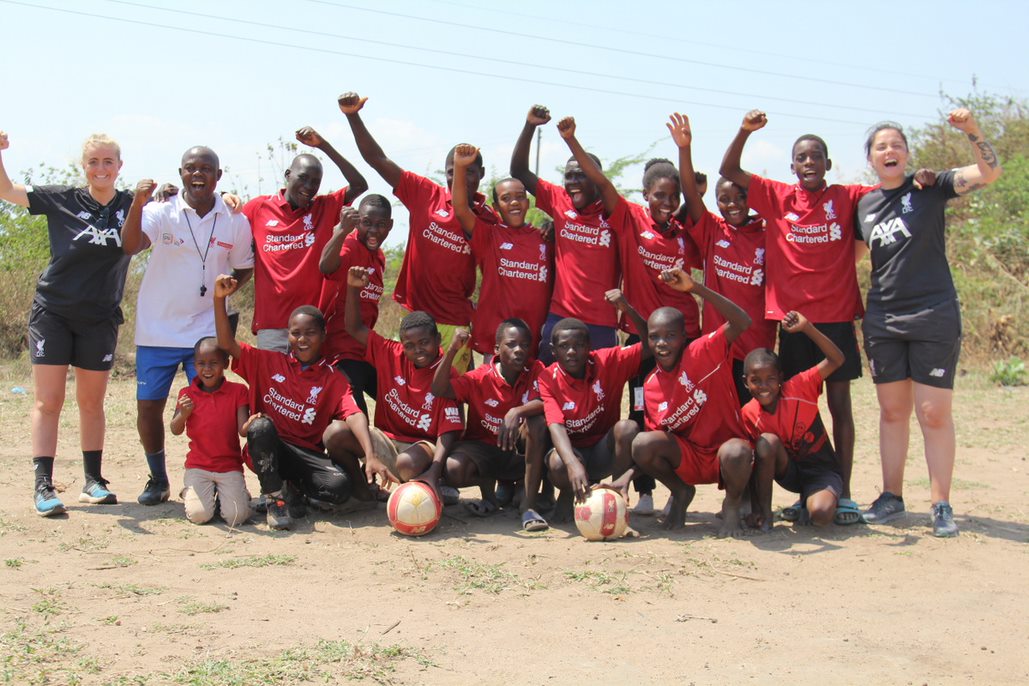 Also in August, an LFC Foundation team lifted the Football is More's Inclusion European Cup after winning the inaugural competition in Switzerland. 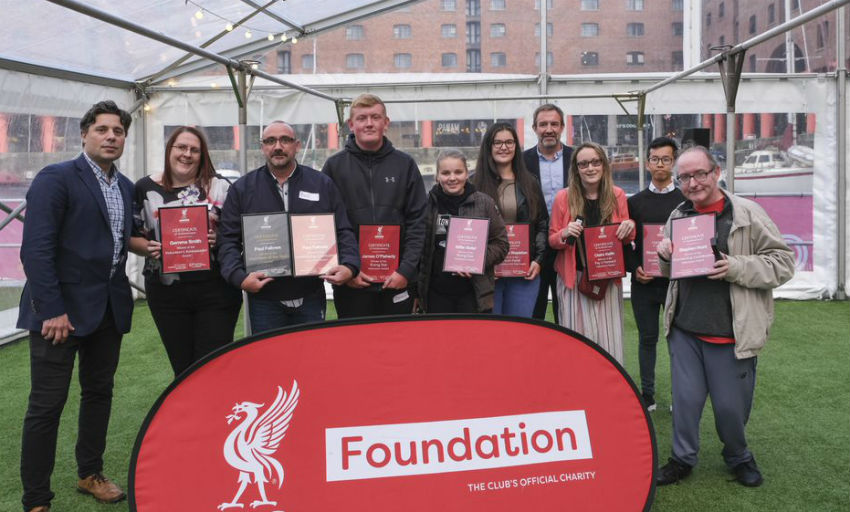 Fans noticed the addition of the Right To Play logo on LFC’s Champions League shirt, which was unveiled when the reigning European champions faced Salzburg at Anfield. The logo marks a multi-year partnership between Right To Play and LFC Foundation, which will enable the LFC Foundation to extend its reach and help transform more lives through the power of play. Joint programmes have already been launched in Anfield and next year we will roll out in Thailand, with more countries to follow. 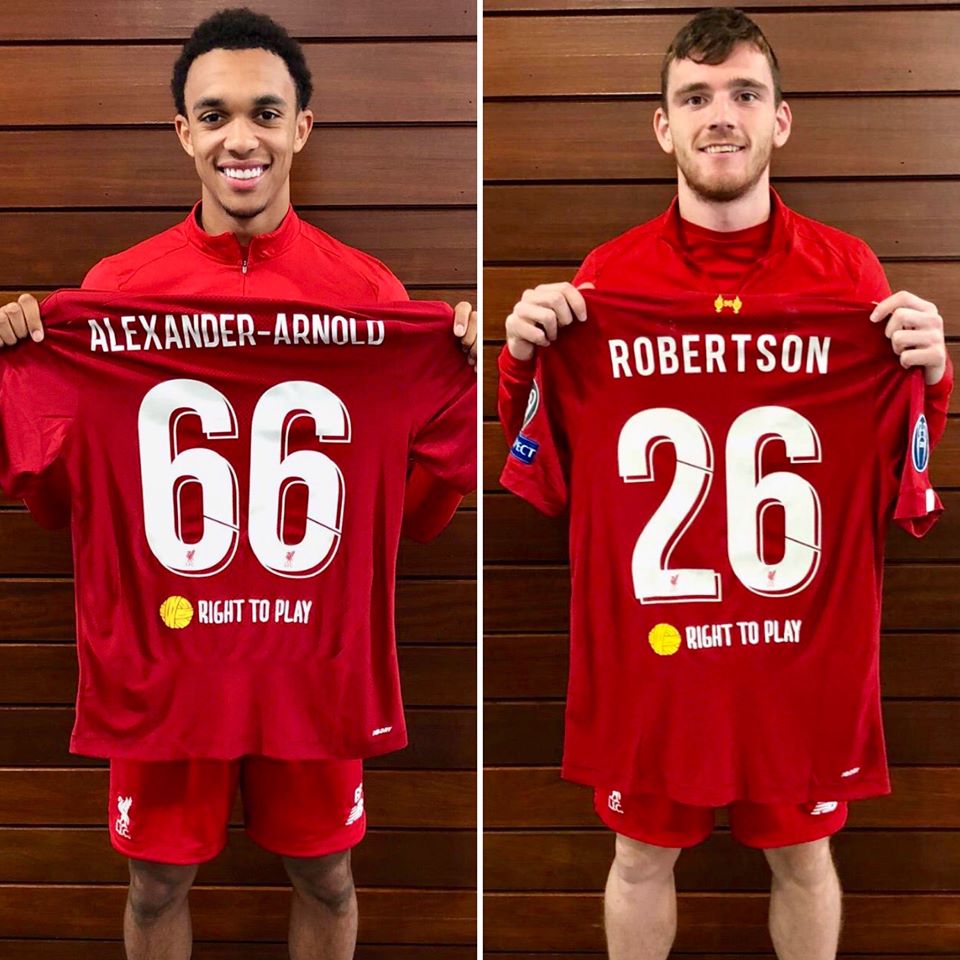 The LFC Foundation’s Premier League Kicks programme, which has been running for the past 10 years, was relaunched and now includes a Disability and Inclusion strand – formerly Respect 4 All – and increased girls football sessions. A total of 18 free sessions take place in nine of the most high-need areas across the Liverpool City Region every week. 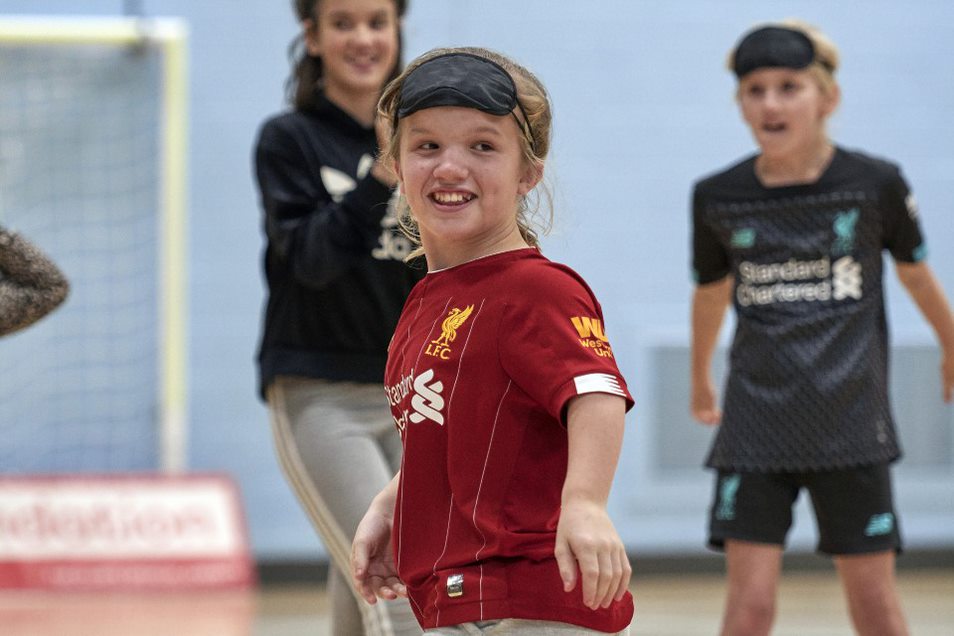 The LFC Foundation announced it will invest £75,000 a year for three years in a citywide Grassroots Football Development Fund, contributing alongside Everton in the Community to provide equipment, training opportunities and pitch-time for clubs, leagues and families who may face financial barriers.

As LFC Women made history by playing the first ever Women’s Super League match at Anfield stadium, the LFC Foundation and Standard Chartered held a women’s football competition for local youngsters at the nearby Anfield Sports and Community Centre. The winning squad was presented with its trophy on the Anfield turf during a special half-time event. 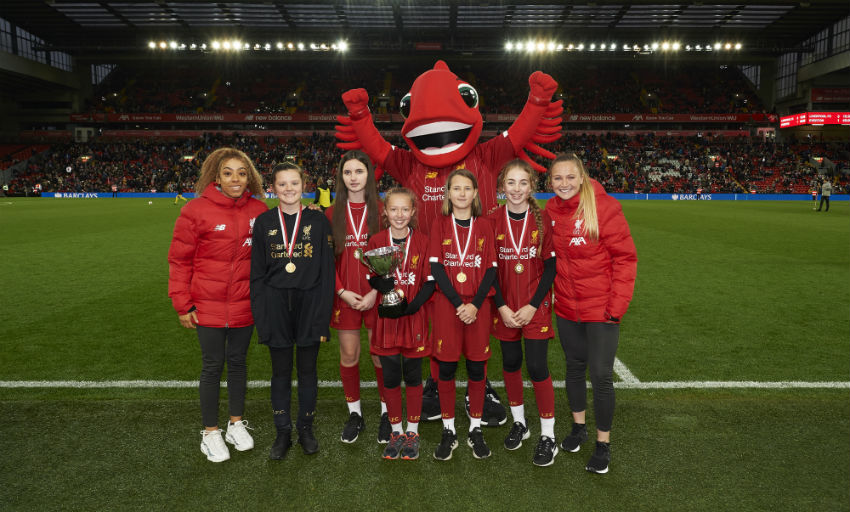 The LFC Foundation closed the year with its fifth annual LFC Foundation Day at Anfield during the Reds' Premier League match against Watford, showcasing the transformative work it does and raising a total of £47,017 through the event’s fundraising initiatives. 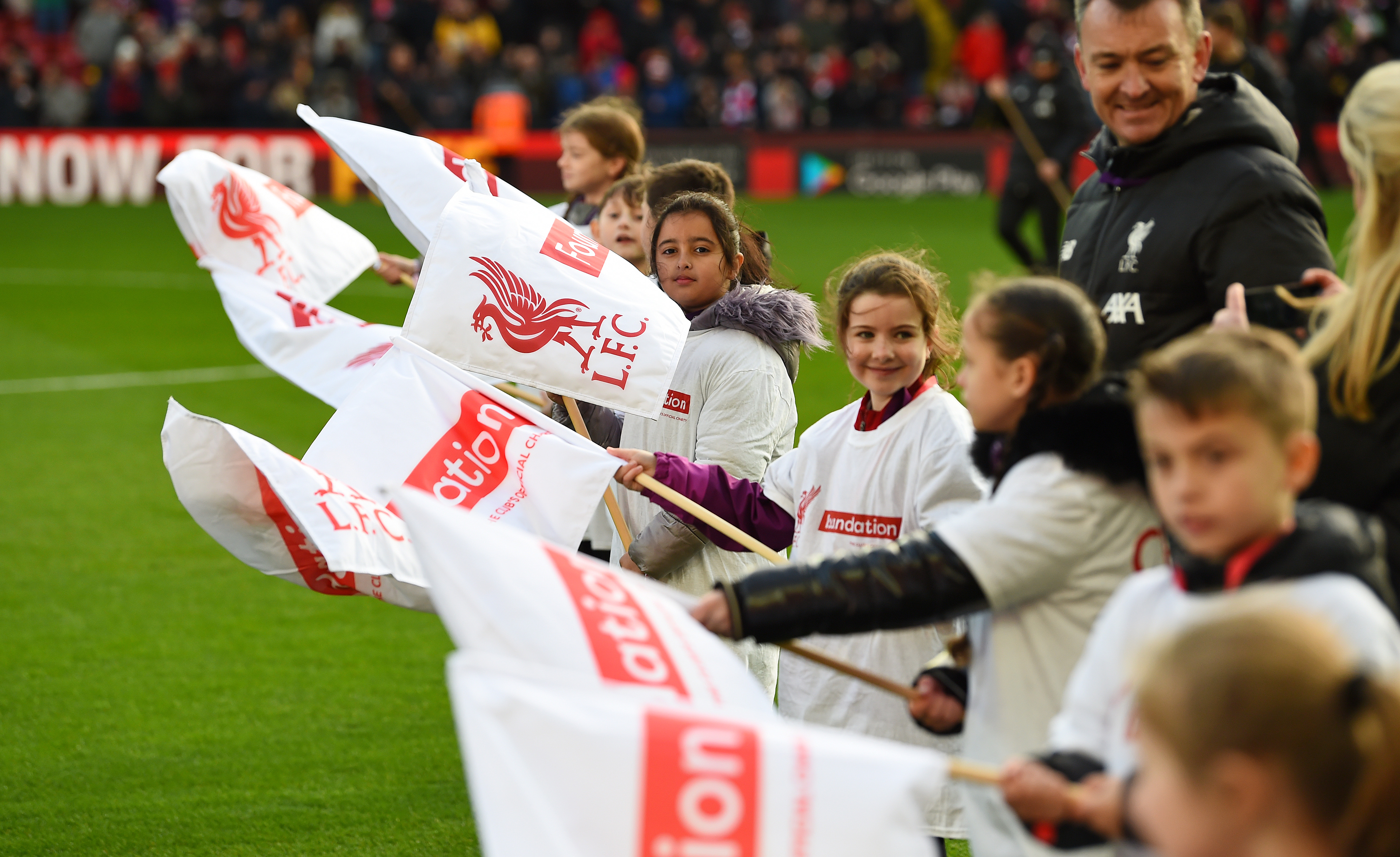