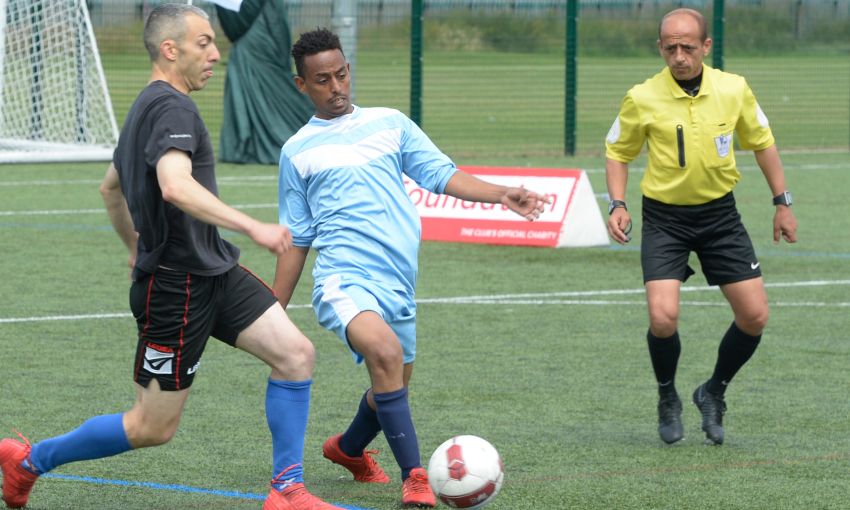 Supported by LCR Pride Foundation, the event aimed to raise awareness of LGBTQ+ issues and promote health and well-being throughout the community in the build up to Liverpool Pride, which takes place on Saturday July 27.

Men’s, women’s and mixed teams from across the city - including Liverpool Homeless FC, The Brink, Mersey Marauders, Dockside Runners and Pinehurst Primary - came together to celebrate football and togetherness in support of the LGBTQ+ community.

LFC's official club mascot, Mighty Red, was on hand to cheer on the teams and the Reds’ sixth European Cup also made a surprise appearance.

David McParland, LFC Foundation project lead, said: "It's been a fantastic day of football and inclusivity and such a great way to kick off this month’s Pride celebrations.

"This is the second time we’ve hosted the tournament and we’re excited to see it continue to grow in years to come.

"The atmosphere today was fantastic – not only did everyone really enjoy themselves but we raised awareness of some really important messages too."

This year’s Liverpool Pride theme is #ComeAsYouAre and calls on all people, regardless of where they are from or how they identify, to take pride in their identity and come together in the spirit of friendship, love and respect.