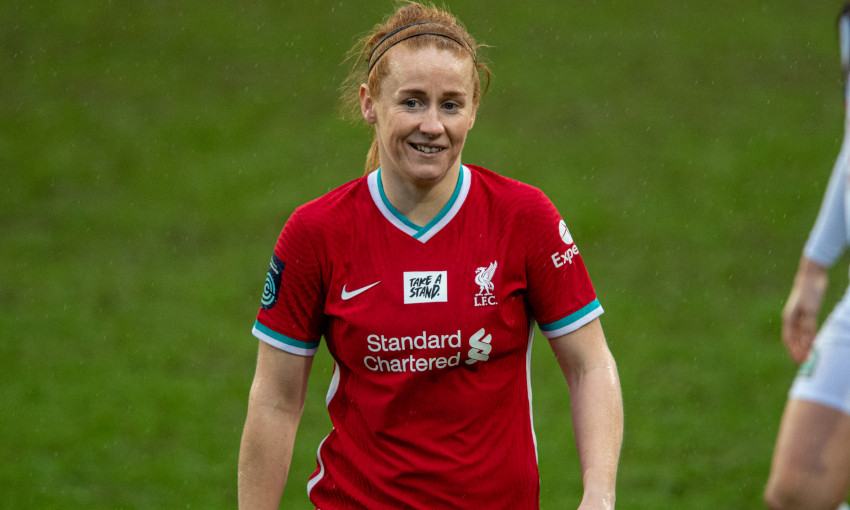 Rachel Furness has spoken of her huge pride in securing qualification for next year's Women's European Championship with Northern Ireland, a feat she admits 'didn't think was possible'.

Their progression to the tournament was one of sport’s great against-the-odds performances as they defeated Ukraine 4-1 in a two-legged play-off.

Furness is one of the few full-time professionals in a squad made up mainly of part-timers and amateurs. They are ranked 49th in the world, with the next lowest team to qualify being Russia at 24.

The Liverpool FC Women vice-captain has been a huge part of the Northern Ireland campaign, scoring five crucial goals - including the opener in the first leg in Ukraine.

“It hasn’t sunk in yet,” said Furness. “The enormity of what we’ve achieved, it doesn’t feel real. It’s something that will stay with me forever.

“We’ve been through so much together, we’re a real family. We sacrifice ourselves for the team and we’re so together.

“I dreamed of this when I was a kid but I didn’t think it would ever be possible. Now it’s reality.”

I wont ever forget this moment for the rest of my life. That’s for every little girl who’s ever had a dream. Never… https://t.co/cmQFJ0bP8A

The qualification has received huge coverage in Northern Ireland and has left Furness - whose mother is from Belfast - feeling warm satisfaction at the inspiration it can provide for the country’s future female footballers.

“It’s been crazy. My phone hasn’t stopped and when we were coming out of the stadium all the cars were beeping and people waving. We’ve been front and back page news,” said the 32-year-old.

“We’ve changed football for young girls in Northern Ireland. With the tournament being next summer, there’s plenty of time for Northern Ireland to promote it really well. Young girls can see us and hopefully want to do it themselves.”

At least eight regular players were missing through injury - including Furness in the second leg - and many of the team hadn’t played a club match since December due to the COVID-19 pandemic.

Furness gives huge credit to manager Kenny Shiels and the game plans he produces for the team ahead of each fixture.

So, what was it like watching the second leg from the touchline?

“It was horrible, I hated every one of the 96 minutes,” she said. “But I know I’m a leader in the team so I had to do that in a different way - my voice is still gone with all the shouting!

“But to go through is just the best feeling I’ve ever had.”

Furness could be seen dancing for joy on her crutches after the second leg and she had an update for LFC Women supporters on the injury she suffered when trying to charge down a clearance in Ukraine.

“I’ve got a broken left fibula. I tried to play on for five minutes as I thought I’d maybe just twisted it, but the pain was just too much. I’ll have a scan but I’m hoping I’ll be back in six to eight weeks. I’ll be raring to go for pre-season.”

The injury will rule Furness out of the Reds’ Vitality Women’s FA Cup tie away at Leicester City on Sunday plus the final two league games of the season.

Rachel Furness nominated for Championship Player of the Month