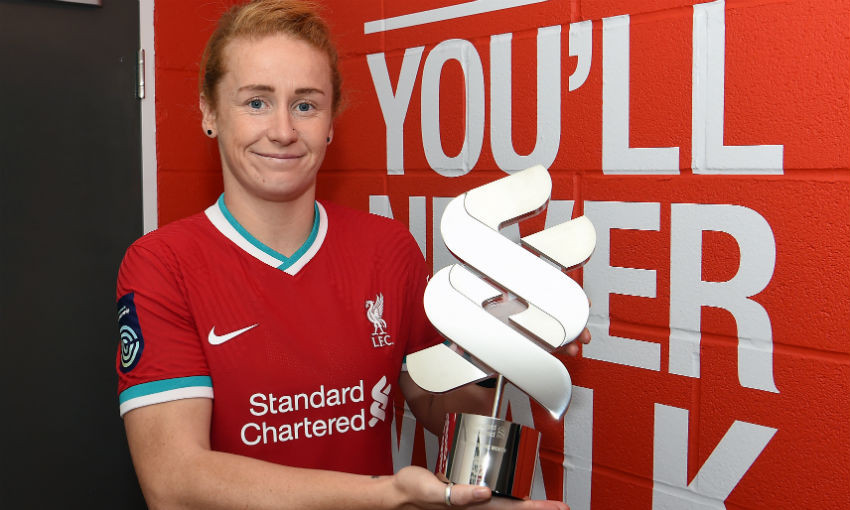 Rachel Furness has been voted Liverpool FC Women’s Standard Chartered Player of the Month for October.

The vice-captain received the nod from fans after two goals in three games in the month as she continued a fine start to the season that also saw her win the club's and FA Women's Championship Player of the Month prizes for September.

Furness told Liverpoolfc.com: “It’s a nice surprise. I was chatting to a couple of the girls and I think it was the Manchester United game which did it because it was live on LFCTV and we know there were a lot of people watching the game.”

Big saves, two penalties and a Furney double, our #ContiCup win last week had it all! 😍 Great performance from the… https://t.co/Fyp1MTFio5

The attacking midfielder scored a penalty and a late header in the Continental Cup win over United and could have had a hat-trick, but passed a second spot-kick on to Rinsola Babajide.

She added: “That team performance showed what we are about. For me it’s about the team and the group of girls I’ve got around me.”

Liverpool return to action on Sunday when they take on Sheffield United Women at Prenton Park in match that kicks off at 2pm GMT and can be watched live on The FA Player.

The Northern Ireland international continued: “It’s a massive month for us but every month is. We’ll just take every game as it comes and see where it takes us.”