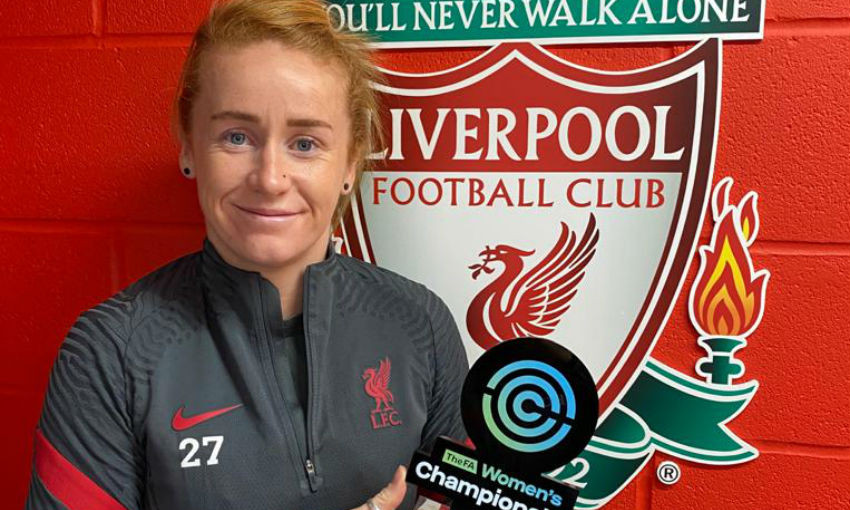 Vote for October's LFC Women Player of the Month now

Rachel Furness has received her trophy after being named the FA Women’s Championship Player of the Month for September.

The Liverpool FC Women midfielder enjoyed a superb start to the season with four goals in three league games in the opening month.

It led to her picking up the club’s Standard Chartered Player of the Month award and this has now been followed up by the division-wide accolade.

The winner was decided by a combination of supporter votes and an expert panel.

"It means the world," said Furness, who is now on international duty with Northern Ireland.

The Reds return to action agaisnt Lewes on November 1.