Vicky Jepson acknowledged the sense of frustration brought about by Liverpool FC Women's 1-0 defeat by Reading, but backed her players to bounce back against Tottenham Hotspur.

The Reds began their Women's Super League season with a narrow loss on Sunday, Fara Williams’ superb free-kick on the stroke of half-time proving enough for Reading to claim all three points at Prenton Park.

Jepson’s team, though, could have avoided a reverse had they been more ruthless in front of goal - something that offered the manager a degree of comfort post-match. 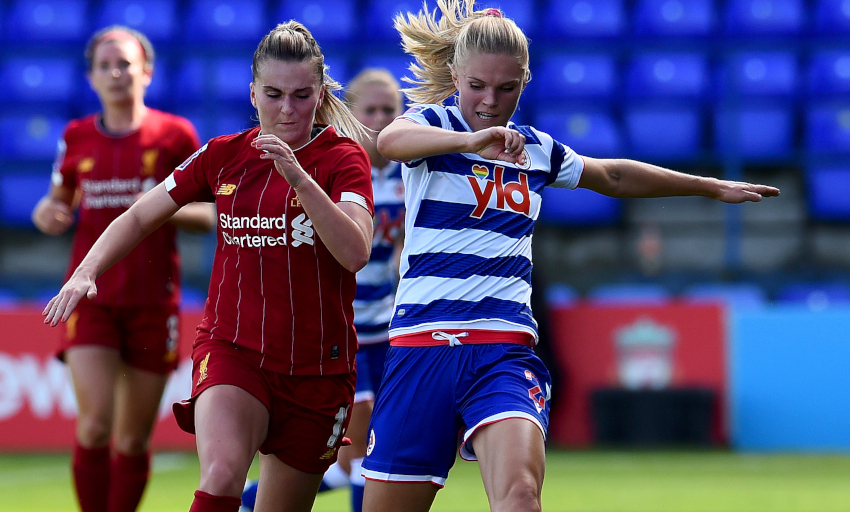 “It’s frustrating because we deserved to walk away with at least a point with the chances that we created in the second half. It’s disappointing that the game was won from a set-piece, but what a fantastic set-piece it was from Fara,” Jepson told Liverpoolfc.com.

“It’s something that we’re going to have to look at. We have to be clinical when we create those chances in front of goal and I’m sure we will be going forward. There are many positives, but right now, when you don’t take any points, it’s tough to take.

“Last season we played Reading three times and we had to sit in because that’s what team we were. We had to survive [and] put out any attacks that they would bring to us.

“This team is a completely different team and you can see that with the chances we created in front of goal.

“We pressed them higher up and I think in the second half they had three shots on goal which is a credit to our team out of possession, but with the chances we created in the final third in the second half it’s just a shame we couldn’t find the back of the net.”

Liverpool visit Tottenham on Sunday in their second WSL game of the campaign, with Jepson expecting a response from her side.

“We know we’ve got to do better now going into Spurs next week and that’s what we’ll do,” she continued.

“We’ll put this to bed on Tuesday, pick ourselves back up with a positive manner to attack the week and get ready to take on Spurs at the weekend.”

'We can't wait to see our fans, we've missed them so much'