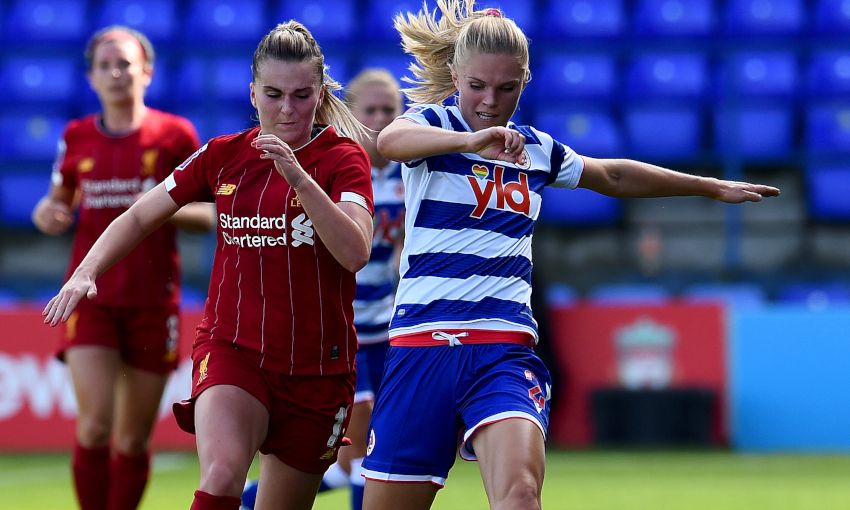 A stunning free-kick from former Reds midfielder Fara Williams moments before the interval was enough to give the Royals the three points.

Vicky Jepson’s side created some good openings, especially in the second half, but it wasn’t to be their day in front of goal.

Jepson handed debuts to three summer signings in Melissa Lawley, Jade Bailey and Becky Jane, who lined up against her old club, while Jess Clarke was preferred to Rinsola Babajide in attack.

When the action got under way the visitors almost took the lead after only 10 seconds of play.

Another former Red, Natasha Harding, played in Millie Farrow and her effort was brilliantly turned away by Liverpool goalkeeper Anke Preuss.

On 75 seconds, Courtney Sweetman-Kirk turned nicely in the Reading half and her attempted drive from 22 yards out flew over the bar.

Next a fine ball over the top from Jane found Sweetman-Kirk running into space down the right. She fed Clarke, who produced a pinpoint cross which was met by the head of Lawley but directed straight at Reading stopper Grace Moloney.

The visitors steadily began to take control, with plenty of possession in the Reds half, and the danger was clear when they were awarded a free-kick just outside the box with three minutes left before half-time.

Williams, an expert from set-pieces, stepped up to curl an unstoppable strike into the top corner of the net, with no chance for Preuss in goal.

After the break Jepson’s charges showed more urgency going forward and they fashioned a glorious chance within two minutes of the restart.

Niamh Fahey played a great pass over the top to send Sweetman-Kirk clean through on goal, but a heavy second touch allowed Moloney to gather the loose ball inside her penalty area.

The pace of Niamh Charles down the left caused problems for the Reading defence, too, the youngster twice producing quality low deliveries for which there was no teammate to finish.

Jane almost scored on her Reds debut against her former club just past the hour mark when she did well to break down the right - but her attempted effort sailed just over the top.

Jepson then turned to Babajide off the bench, who quickly changed the dynamic of the Reds attack with her pace and direct style.

Reading still remained a threat on the counter-attack, however, and only two fantastic saves from Preuss kept the hosts in contention.

First a cross from Kristine Leine found Jade Moore, who met the ball sweetly but was denied by the excellent reflexes of the Liverpool stopper.

Angharad James then tried her luck with a curler that seemed destined for the top corner of the net until Preuss kept it out on the stretch.

Babajide was unlucky not to provide an equaliser when, on 80 minutes, she beat her marker and fired in a shot that flew just the wrong side of the post.

A promising free-kick delivery from Lawley found Sophie Bradley-Auckland at the back post for the Reds' final chance - but her header flashed across the face of goal and away. 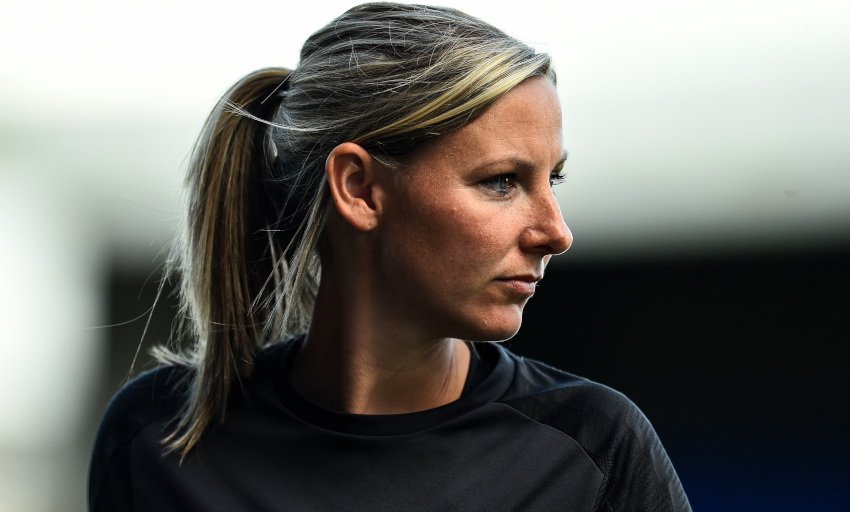 "It was a frustrating day for us because I thought we deserved to draw and possibly even win it," Jepson told Liverpoolfc.com.

"We created some good chances, especially in the second half, but we just weren't clinical enough.

"We spoke before the game about the danger of giving free-kicks away on the edge of our penalty area with a player like Fara around, and that is the quality she has."