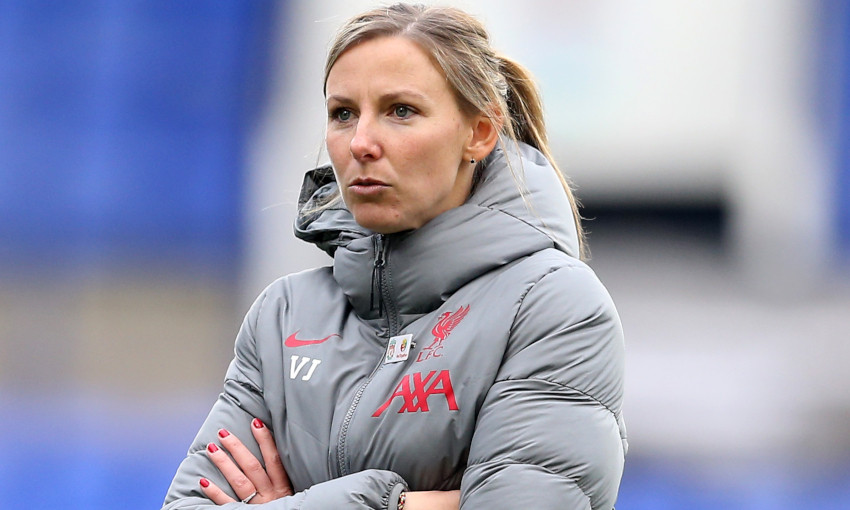 It was a great three points away from home for us at London City Lionesses last weekend. It was a tough challenge. I think London City Lionesses are certainly a good team and I do think that they will get more points in this league going forwards and I hope they can take positives from their performance against us. I was pleased with the girls because I thought we were relentless out of possession. We were a little bit loose in our possession in the first 20 minutes, but the way that we reacted when we did lose possession was really good and I was really pleased with that. It’s four clean sheets we’ve had on the bounce now in the FA Women’s Championship so that’s credit to our goalkeeper and the back four, and the whole team. So, I was really pleased with our performance. We could have got more goals and it should have been, to be fair.

It was a special moment for Meikayla Moore to score her first goal for the club and it was special for us too as it was the winning goal. You could see by her reaction and the reaction of the players what it meant, because Meikayla was wearing a black armband in memory of a family member who has sadly passed away. For her that meant a lot and she dedicated that goal to her family member. I know there was a lot of emotion for Meikayla when she scored but when you are emotional in that moment, to then carry herself for the rest of the game like she did, it’s an absolute credit to Meikayla and it shows the true professional that she is. I was really pleased for her to get her first goal and hopefully there will be many more to come in the future.

Meikayla has been playing at centre-half alongside our captain, Niamh Fahey, in recent games and she has done very well. She’s got experience at centre-half and also at senior level on the international platform with New Zealand. Her international manager spoke highly of her and gave her high references and we did our homework and looked at her and thought that she would be a fantastic fit for us. When you bring a player in you never know how they are going to react to a change of environment, the culture, a new country, the league, all these things, but she’s really forced herself into the starting XI. Obviously it’s been tough for Leighanne Robe, who has had to take a back seat in the last two games on the bench but Robie is certainly not out of our thoughts at all. She is very much a big part of this team. But credit to Meikayla because her performances have been very good and her leadership skills are great. 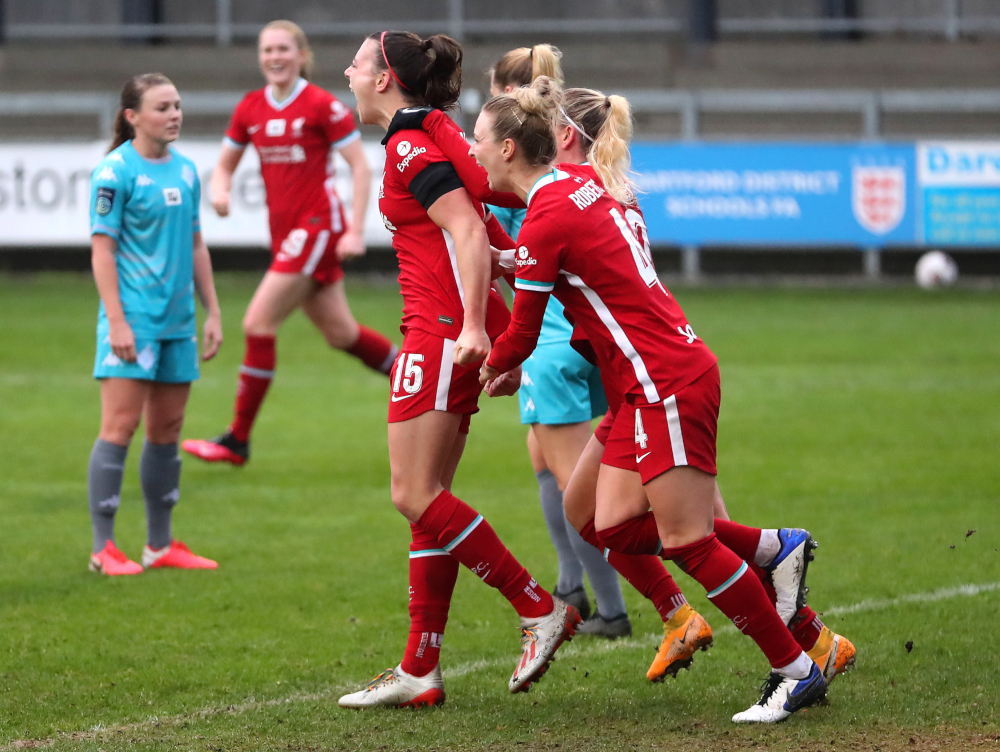 It was great for us to have Kirsty Linnett back with us as she’s been out for a while and I know she was champing at the bit to get back out there. Obviously she was on managed minutes but she helped us to control the lead and calmed things down out there a little bit. She’s technically very gifted and can link things up really well, and we were pleased to see her back with the team.

A big lesson we have taken so far this season is it’s been a wake-up call to the level of the FA Women’s Championship. We played Championship teams last season in cup games and won by high scorelines. When we were the team relegated to play in this league this season, everybody has raised their game against us. It’s very physical and for us as a group we’ve had to be masters of beating blocks as teams sit in against us. In some of the games we’ve had over 70 per cent of the possession, but what we do with that is so key. As a team so far we’ve actually had the most shots at goal in the league, but our shot-to-goal ratio has to improve in the New Year and that has to be a big aim for us.

We now go into our final game of the year at Durham on Sunday. When we drew 1-1 with them at Prenton Park in our first game of the season that wasn’t our best performance by all means and it was a wake-up call to the FA Women’s Championship. We comfortably had three points but we gifted them a goal. We are extremely motivated to end this year on a high. It’s been a crazy year, not just for us but for everybody involved in football and everybody with the pandemic. For us, we’ve got extra motivation going into this game because we want to finish 2020 on a high and that’s what we want to make sure that we do. We know we’ve got to have our wits about us. We’ve got to be calm, focused and have real clarity what we need to do on the day.

I would like to take this opportunity to pay tribute to former Liverpool manager Gerard Houllier, who sadly passed away on Monday. It’s always sad for everybody at the club when we lose someone and Gerard was such an incredible leader for our club and gave us so much hope as fans and also as an incredible mentor to so many players. The messages from so many of our former players, it just goes to show what an incredible manager he was and how much of an impact he had on their footballing journey. It’s extremely sad for the club and from all at Liverpool FC Women we send all our prayers to his family and his friends. He’s gone but he certainly won’t be forgotten.

Finally, I would like to wish all our supporters a very happy Christmas. It has been a tough year for everybody with the pandemic, and I hope you stay safe, which is the most important thing, and have a peaceful and enjoyable Christmas. It was fantastic to see some of you back with us at the Crystal Palace game and hopefully in 2021 we can welcome back some more of you and make it a special year for Liverpool FC Women.