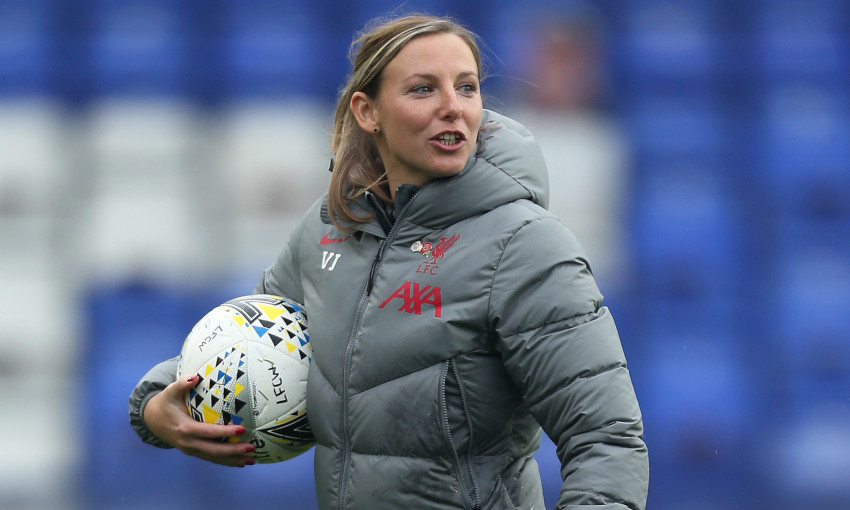 LFC Women planning to welcome fans back to Prenton Park

It’s fantastic to be back after the two-week break we’ve had due to the international games. We are desperate for a game and we are also desperate to be back at home playing in front of our fans. It’s going to be a good occasion for us at Prenton Park on Sunday and I can’t wait for it to come. We have missed our fans so much. It’s just their presence - I wouldn’t say we ever took our fans for granted, but you certainly miss them when they are not there. Myself, the team and the technical staff are always focused on what’s happening on the pitch when we start the game but I do think there’s that extra spur of motivation from the fans when they are there and encouraging our players. You feel it because you hear it and we see it. It’s also fantastic for the younger supporters who come to watch their role models. It’s just great to have them back again and we can’t wait to see them. We have missed our supporters so much and I’m so happy for them that they can come to watch a live game of football, which they haven’t been able to do for some time.

LFCTV GO: A new episode of the Women's Show

We enter a busy month now as we have three very important games in the FA Women’s Championship before Christmas. It’s a good schedule of games for us because that’s what we want and we don’t want any breaks in the fixtures. We’ve got a game every Sunday now until December 20, when we break for Christmas. Our first focus is Crystal Palace, and we have to make sure we do the job on Sunday because we need to get back to winning ways. We’ve only lost one game in the league, we are three points from the top and we’ve got 12 games left. Sunday is the next focus in our journey this season. There’s a long way to go. We are ready and we are focused.

We’ve got players coming back from international duty, so we’ll make sure we get them ready for Palace. They are quite a direct team so we’ve got to make sure we deal with that and they are quite quick on the counter-attack too, so we’ve got to make sure we prevent that from happening and they don’t break our lines quickly with forward passes and forward runs. Our standards have to be at the highest level to make sure we nullify any strengths that Palace will have. We won’t be taking them lightly - we don’t take any game lightly. We want to get back to winning ways and that’s exactly what our focus is on. 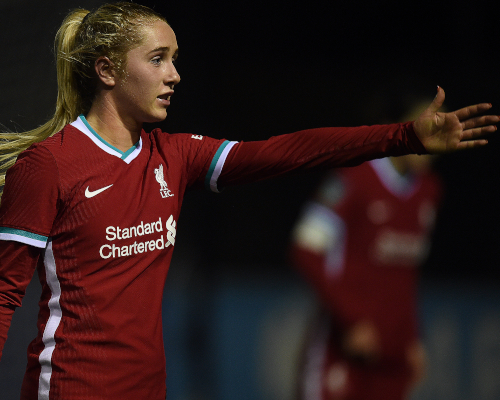 This season we have given opportunities to some very talented young players from our development system. Missy Bo Kearns has been in our first-team squad for a while now and she did well in our last game, the Continental Cup tie at Everton. Some people would say it was a big ask for me to put a young midfielder in the starting XI against that calibre of team because Everton have got a fantastic, quality squad full of top internationals. I know Missy Bo thrives on the spotlight and I know she has still got a lot to learn. She has good game intelligence but the game is quicker at senior level and she hasn’t had lots of exposure at that yet, so it’s about nurturing her and giving her those opportunities. It was the right time to give her a chance in the derby. She is a die-hard Liverpool fan and she didn’t disappoint. There’s obviously things she can work on but to step up and play against a quality team like that, and with the way she applied herself - it was good to see.

We have a few injuries at the moment but it was great to see Amy Rodgers back on the pitch against Everton. I thought Amy did a fantastic job in the commentary box on LFCTV, but it’s just great to have her back with us around training and on the pitch. Our young goalkeeper Rylee Foster also played against Everton and did well, making some fantastic saves. Rylee is working very hard and is learning every day from working with Rachael Laws and our goalkeeping coach Jen Hurst.