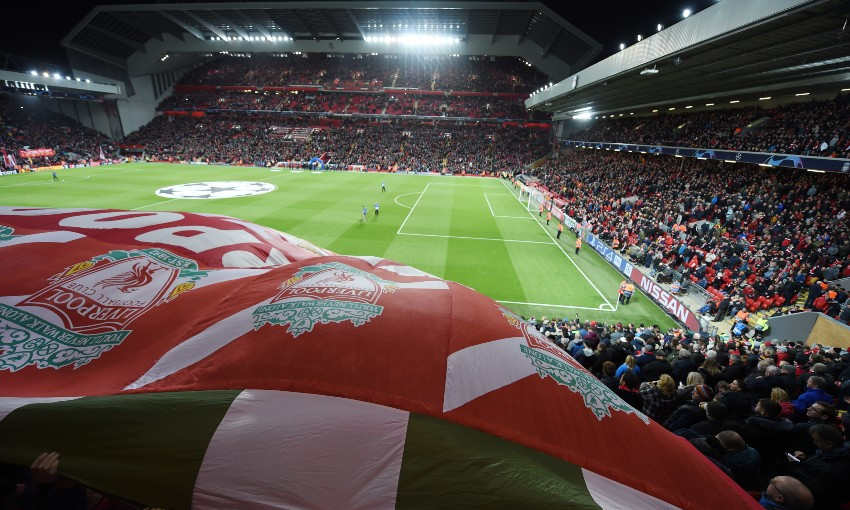 Liverpool FC has released the following information regarding ticket sales for the Champions League tie with Atletico Madrid at Anfield on Wednesday November 3, kick-off 8pm GMT.

A full breakdown of the pricing structure can be found here.

Season ticket holders and Members registered in the Auto Cup Scheme must not purchase a ticket for this fixture.

Auto Cup payments are currently being processed and will end on Monday October 25.

Further information, including what to do if your payment fails, is available here.

All other supporters: The below sales will take place online only.

We would like to advise supporters that the eligibility criteria for this game includes games played during season 2019-20.

All supporters that attended the AC Milan game cannot be guaranteed a ticket due to a reduction in the number of tickets initially available.

This is due to Atletico Madrid taking a larger allocation of tickets than AC Milan, and an increase in contractually obligated ticket returns for AC Milan, that we released to supporters in the lead-up to that game.

If tickets are subsequently returned for this game, they will be released for sale.

Season ticket holders and Members who recorded AC Milan AND a minimum of one game from season 2019-20 (Napoli, KRC Genk, RB Salzburg and Atletico Madrid) from 8.15am on Tuesday October 26.

Tickets will then be available to the following supporters, subject to availability on a first come, first served basis.

Season ticket holders and Members who recorded AC Milan: From 8.15am on Thursday October 28.

Supporters eligible for the local general sale: From 8.15am on Friday October 29.

Supporters are advised that a queuing system will be in place for all sales.

Season ticket holders and Members: Stadium entry for season 2021-22 is now digital using an NFC pass on your smartphone.

For those supporters that have not yet downloaded their NFC pass onto their phone, please go here for the step-by-step guides for both Android (Google) and iPhone (Apple) mobile phones.

To ensure you do not have issues with internet connectivity, we strongly recommend that supporters download their pass in advance of travelling to Anfield.

We also strongly recommend that supporters check that your ticket for the match is displayed on your NFC pass in advance of travelling to Anfield.

To help speed up the flow of supporters through the turnstiles, please arrive early and have your phone ready and unlocked with your ticket displayed on your screen.

Please read the important information on our website on the return of supporters to Anfield.

The club reserves the right to change any sale to a controlled sale if given advice from the police or other relevant authorities.