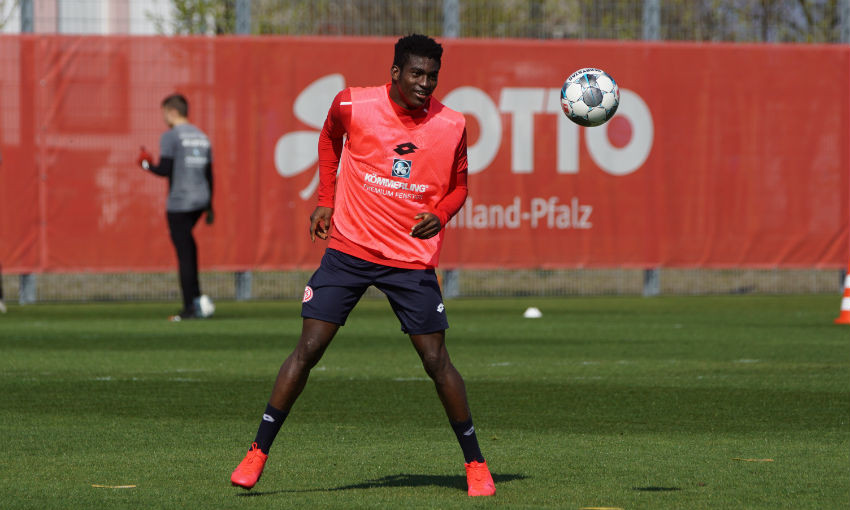 It can be said with absolute certainty that Taiwo Awoniyi was excited about the return of German football.

The FSV Mainz 05 loanee required just five minutes to find the back of the net on Sunday, coming off the bench to kick-start a comeback in an eventual 2-2 draw away at Cologne.

It was the Nigerian's first goal in the Bundesliga since his August switch and he's determined to ensure more will now follow to help steer Mainz away from the relegation zone.

"I had a good feeling about the game because I've always been positive in my own game," Awoniyi tells Liverpoolfc.com.

"Coming on from the bench, I know my team is in a difficult moment and for every player that was called upon, there is a lot of responsibility and you should come into the team to try to do the best and make the difference. That's really what happened in the game.

Awoniyi’s close-range finish was well received by his parent club, too.

Julian Ward, the Reds' loan pathways and football partnerships manager, and head of fitness and conditioning Andreas Kornmayer were among those to reach out after the match.

Though his game time has been somewhat limited this season, Awoniyi is grasping each and every opportunity that comes his way in one of Europe's major leagues.

"Coming here is just to make myself better," he says. "Even without playing for a while, coming in on Sunday just really shows I've really improved since coming to Germany. That's the goal with being on loan.

"Even when you are not playing, you just have to be ready and keep on improving yourself and wait for your time as well.

"I don't think I'm the same player as I was in the last few years. I personally have seen improvement in my game and I believe most Liverpool coaches have seen that as well.

"I just have to be prepared to improve myself and work on my weak points as well. When I'm back at LFC, I hope they will see that."

Awoniyi – who previously had loan spells at FSV Frankfurt, NEC Nijmegen, Royal Excel Mouscron and KAA Gent – feels closer to Liverpool than ever at Mainz.

That's no surprise given Jürgen Klopp's influence at the German club, where he spent 18 years as a player and manager, is still felt to this day.

"He's more than a legend here," Awoniyi observes. "Everyone is so grateful for all he achieved for the club. The love they have for him at the club is unexplainable.

"When I came to the club, I was seeing a lot of stuff that I've seen in Liverpool as well. I believe it's just more of the same impact and the same process. I believe they are still living on the legacy." 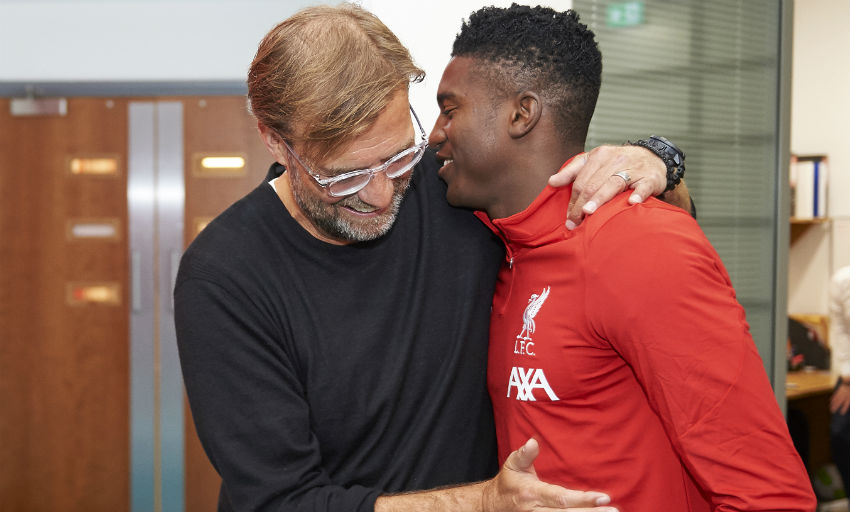 The Bundesliga has completed its first round of matches following a two-month pause due to the COVID-19 pandemic.

The 22-year-old concludes: "I would say when I'm playing football I forget a lot of problems.

"As a boy coming from Africa, even sometimes when you have nothing to kick, once you have the ball, you forget about most of your worries and you just keep on kicking. I think that was what happened on Sunday.

"Our focus was on getting the goals and equalising, which is what happened in the game."