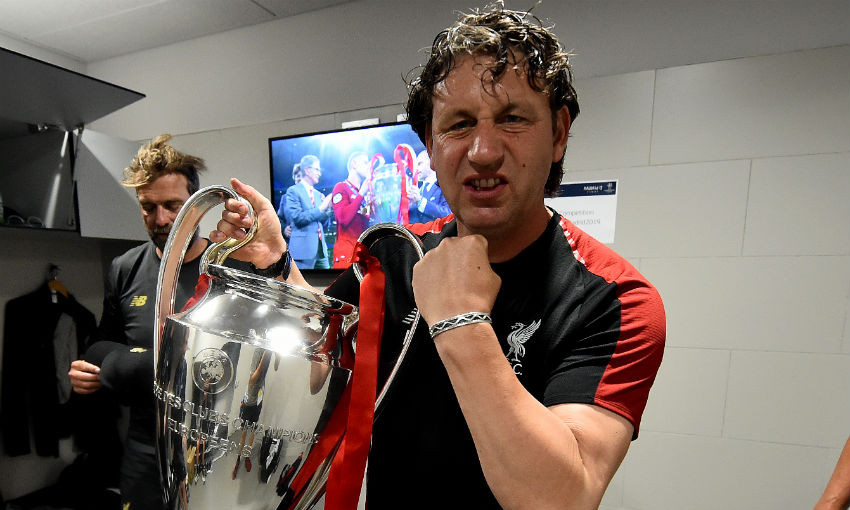 It's an anecdote that starts with a nervous gulp as a young Peter Krawietz delivered an analysis session to the FSV Mainz 05 senior squad.

A student at the University of Mainz at this stage, Krawietz – who hadn't and never would play football professionally – highlighted a scenario in the right-back area as a place where things could be improved upon.

Suffice to say, such an examination didn't at all go down well with Mainz's starting right-sided full-back.

Indeed, Jürgen Klopp proceeded to give the Mainz native both barrels.

"I was the presenter and had to say, 'Look here, the right full-back could be a bit more active and show up and shout'," Krawietz recalls to Liverpoolfc.com.

"This was the funny part because he was really angry, 'Are you crazy? I was shouting like hell, I wanted the ball. You want to tell me I didn't want to have the ball?'

"This was a bit funny but in a good way and the start of long talks and discussions. The start of a good process, I would have to say." 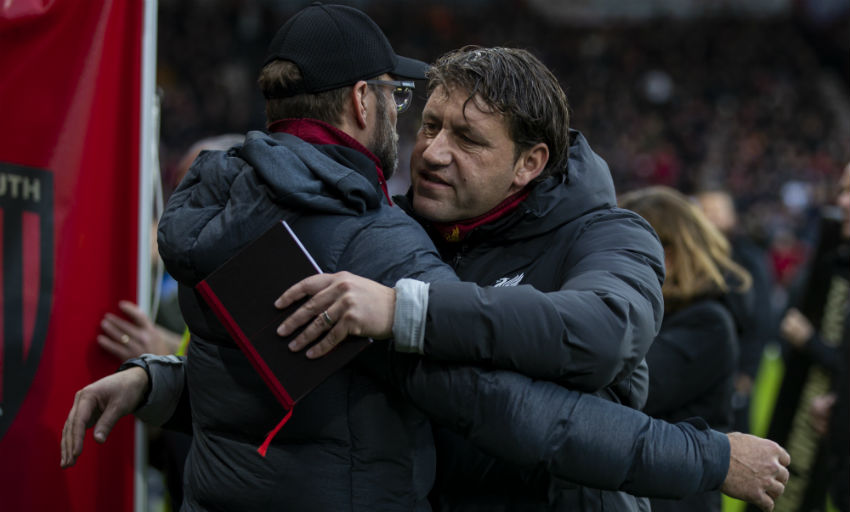 After taking a deep interest in his work, Klopp would appoint Krawietz as his chief scout when he took over the reins at Mainz in 2001.

'The Eyes', as the current Liverpool boss labelled him, then followed him to Borussia Dortmund for a successful seven-season stay.

A well-deserved, year-long break was on the cards following their departure from the Westfalenstadion. That was until Krawietz answered the phone in the autumn of 2015.

"I was as silly to believe that we really will have a one-year break!" the Reds assistant manager now laughs.

"I had plans – I moved from Dortmund to Mainz, my hometown, I put my boy into school. We really used the time in the summer to travel from Spain to Greece to here, to there. I made plans for a big birthday party in December and so on.

"And then this call came, 'Listen, interesting idea – Liverpool is calling.'

"To be honest, I thought, 'What? Are you crazy? We said one year and we have now three months?' 'Yeah, it's good and you will see it's a big club.'

"I didn't jump from the sofa immediately and say, 'OK, where's my suitcase? Let's go.' I was, 'I have to think about it, I have to tell my wife as well!'

"But pretty soon it was clear – Liverpool, massive club, England and the Premier League, massive challenge. He convinced me pretty quick.

"It took me one, two, three hours for me to think about, to realise, 'No break anymore, no holiday anymore. We have to go, we should go, we can go, we are allowed to go.'"

On Merseyside, Krawietz would scale the highest heights of club football, playing an important role in Liverpool's year-on-year improvement.

It's been quite the journey for the 48-year-old, who started his coaching career at the very definition of grassroots football.

"I was very, very passionate but not the biggest talent," he analyses his footballing ability. "First of all, I was too slow, I can say, to play professional football. But I love that game.

"I liked it immediately – to work, to show, to explain, to motivate them and to share their passion for football. Pretty soon I did my first license [at] 18 years and then the most important step, I started studying sports at the University of Mainz. The part was then, of course, football – my passion."

At Liverpool, Krawietz's role is similar to the one when he was on placement with Mainz in the 2. Bundesliga.

"I'm analysing, thinking about football," he says. "Pep [Lijnders] is preparing training sessions and I'm the part who is thinking about our game constantly.

"So preparing the next game is the main part. We have a look at the next opponent we face – what we can expect, what we will have to do, where are our solutions.

"Preparing this, preparing the team and leading up to a video meeting, where we want to be precise and want to show our players exactly what will be our solutions for the next game. This is the main part.

"This keeps you busy, I can tell you!" 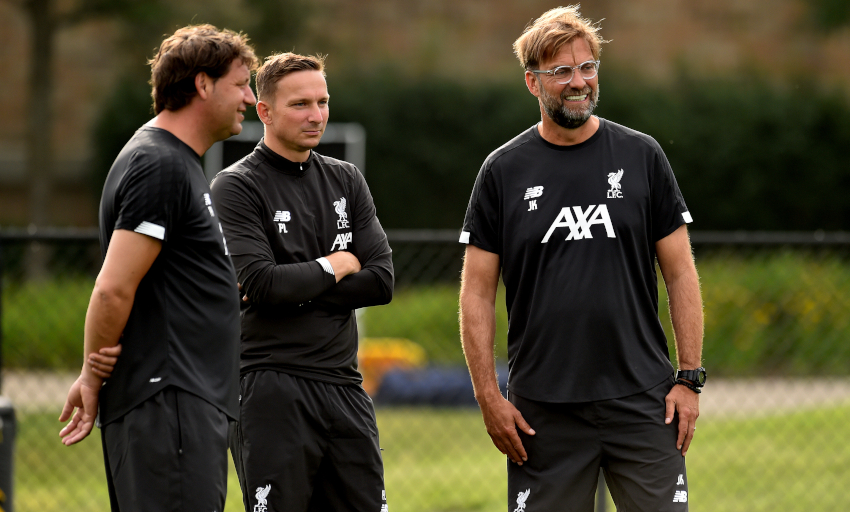 Krawietz is supported by first-team analysts Mark Leyland, Harrison Kingston and Greg Mathieson. To them, there are few more satisfying feelings than seeing their work lead to Liverpool scoring a goal or successfully nullifying an attacking threat.

"That's the best feeling you can have as a coach, apart from winning a massive, massive trophy," Krawietz insists.

But the ultimate pay-off was delivered when Liverpool lifted the Champions League in June 2019 and returned home to thousands of adoring fans lined on the streets.

Krawietz reflects: "Doing it and doing it with this group, doing it the way we did... it is always important for me how you do it – is it coincidence or is it really deserved?

"What I enjoy always the most is still the moments when only the team is together, but then meeting your families is the next good [thing] and then having a party is funny as well, meeting your friends there.

"Then going back to Liverpool, that's the moment when you feel it. It was, for me, a massive energy boost in the moment I realised, 'All these people are as happy as I am.'"