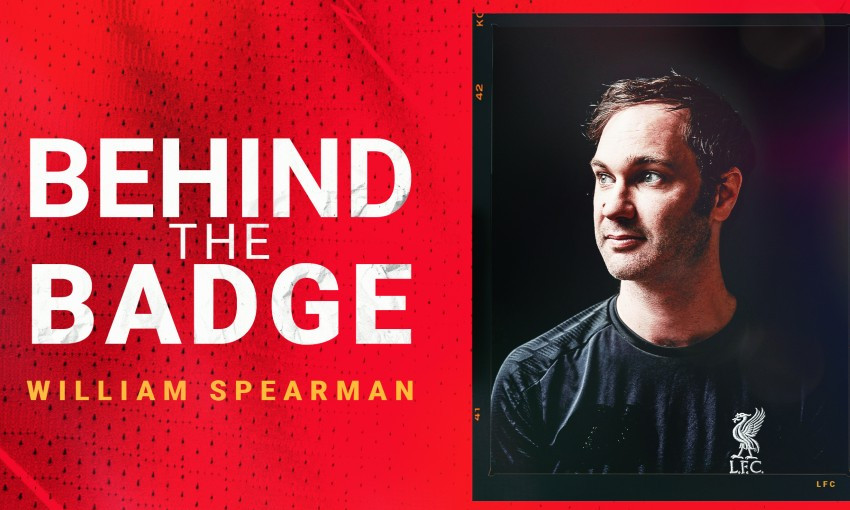 “It’s a bit of a weird transition!” admits William Spearman, and it’s hard to disagree.

After all, how – and indeed why – do you go from earning a PhD in physics from Harvard and working at the European Organisation for Nuclear Research (CERN) to being part of Liverpool FC’s research department?

“Unlike many people working in football, I grew up being really bad at most team sports… I still am, and that’s probably not a surprise given that I am one of the nerds of the place!” Spearman, the club’s lead data scientist, explains.

“I was much more focused on individual sports and science and maths. I was in my early 20s when I first got interested in team sports and I started watching American football. I had friends in Boston and I became a huge fan of the New England Patriots.

“The thing I’d really enjoyed about physics was working on a problem that there’s no established solution for. But towards the end of my PhD, I found myself repeating the same type of analysis others had done previously.

“I wanted to work in an area that wasn’t as established, so sports data seemed really interesting to me. I was very interested to learn about the work being done in American football and baseball and then I got my first taste of proper football data and that was just fascinating.

“For example, with baseball there have been advanced statistics around for 40 or more years because it’s a simpler game with a clear outcome to every play, but with football there is an elegance that is much harder to quantify.

“It’s a much more complex sport and that’s what makes it much more interesting to me.” 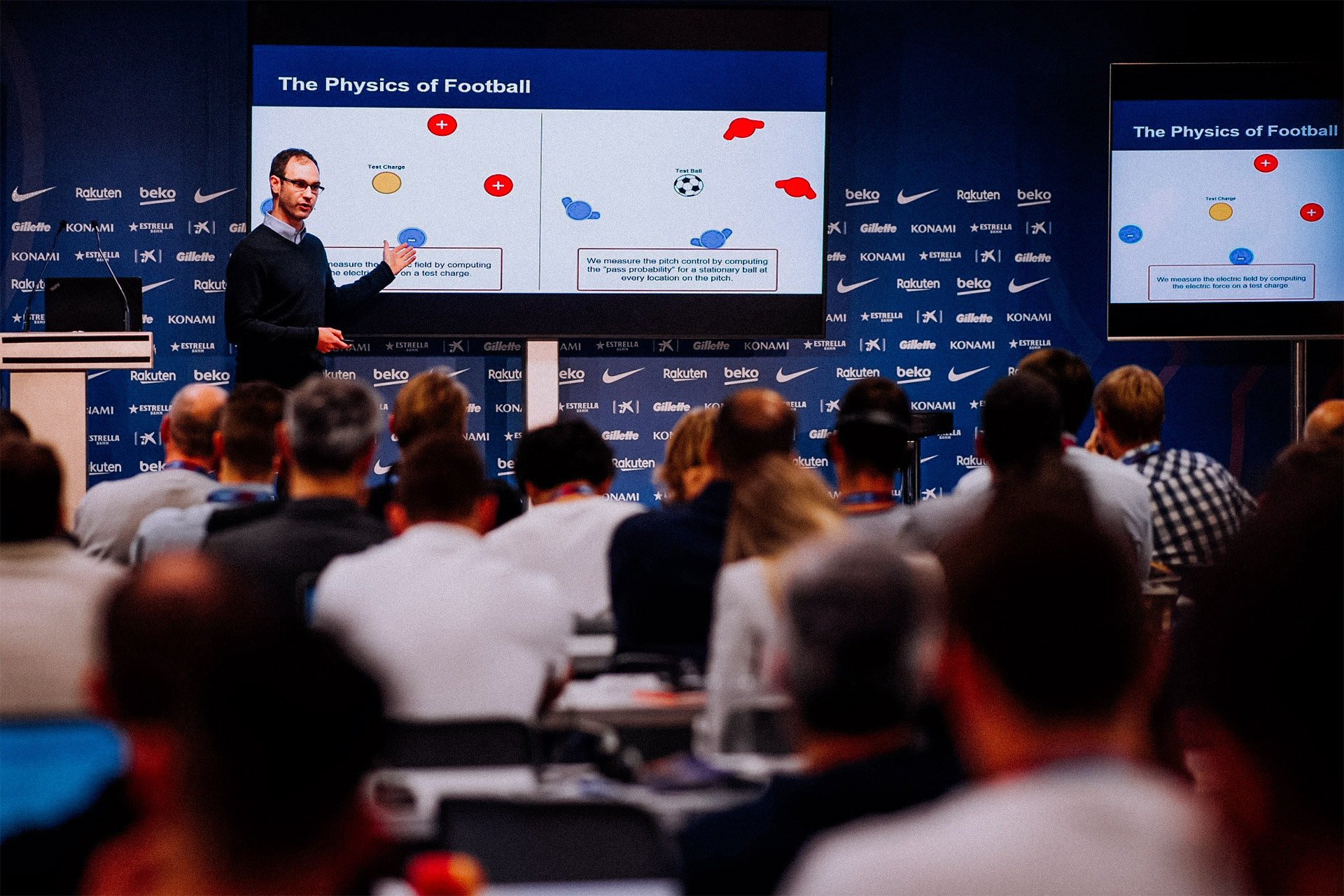 Born in Chicago to parents Mark, an industrial engineer, and Blair, a biologist, Spearman moved to the small Texas city of College Station as a child.

The journey that would eventually lead to him emigrating to Merseyside began in 2005 with a science degree at the University of Dallas. A doctorate in high-energy particle physics at Harvard followed, along with several sojourns to Geneva, where he worked on the discovery of the Higgs boson particle at CERN.

It was around this time that Spearman realised he did not want to pursue the conventional career paths - namely becoming a scientist or working in finance - taken by many of his fellow physics PhD graduates.

With his interest piqued through a new-found passion for the Patriots, Spearman explored the possibility of applying his skills to sports data and started doing so by joining performance analytics company Hudl in 2015.

It was there that Spearman discovered the complex beauty of football and he illustrates what enchanted, and enchants, him about the game.

“You’ve got 22 players on a large field. There is a high degree of coherence to their interactions yet it is individual brilliance that is often decisive.

“In American football the play starts and stops and you can measure what happened at the end of it. But in football, goals are relatively rare so you have to try to quantify how you get to those places where you can score.

“As I started playing with the data and watching as a fan I fell more in love with it and over time it became the primary sport I was interested in, pretty quickly supplanting my initial interest in American football.”

The use of data science in football was, at that point, in its infancy and Spearman saw an opportunity to build something from scratch; something new and exciting.

Little did he know that an off-the-cuff project carried out in his spare time would come to define his career. 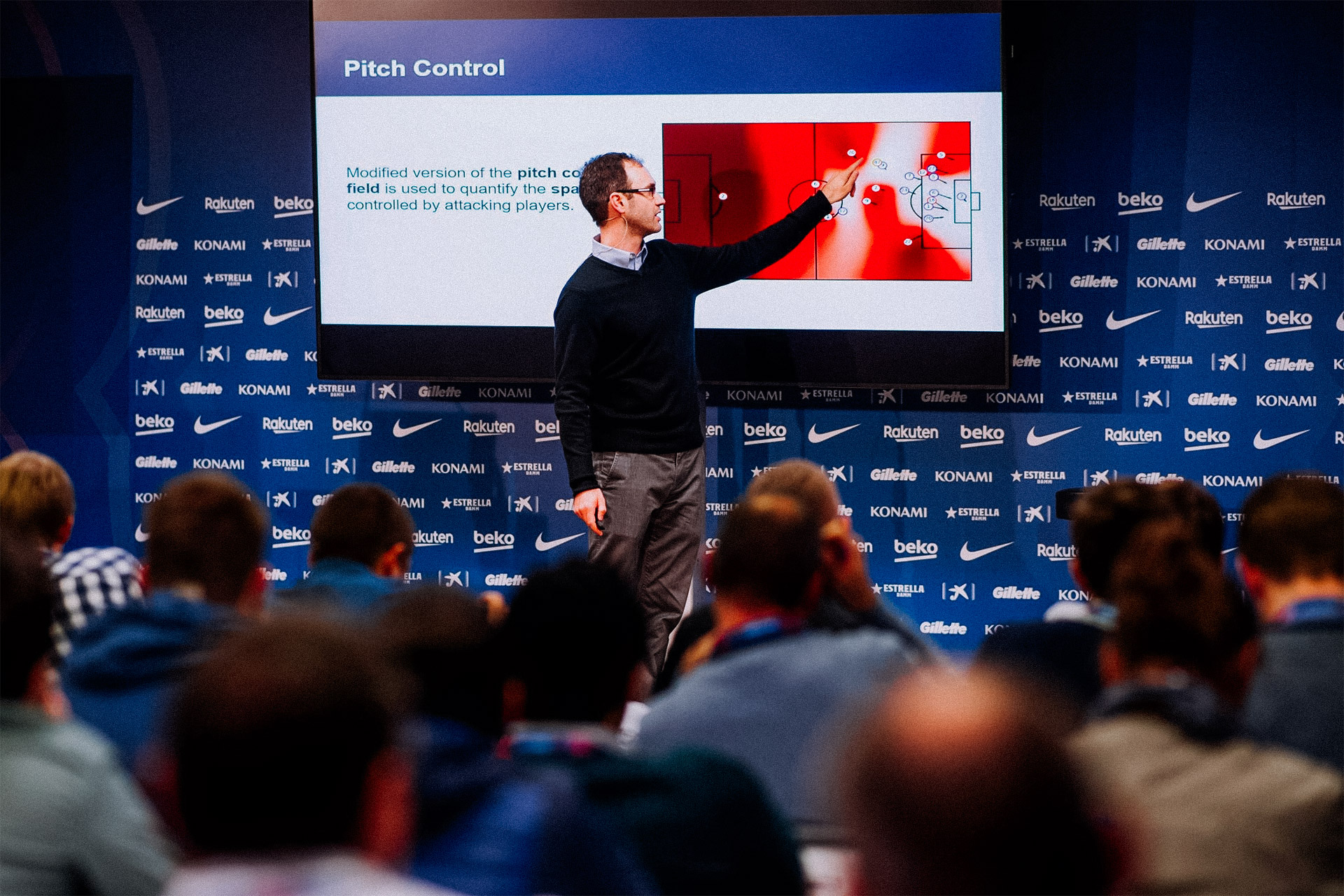 “Over a weekend me and a friend decided to look at space, because football is a game of space, and we ended up putting together a model of pitch control,” he says.

“I looked and I hadn’t seen people doing something particularly similar. I showed it to some of the football analysts at Hudl and they thought it was fascinating and suggested I present it publicly.

“I was extremely nervous because I was in a room with people from Liverpool, PSG, Barcelona and whatnot; people who know more about football than I could ever possibly know!” Spearman recalls, with a smile, of that first presentation.

“I was getting up there showing stuff that I’d largely just worked on for fun for a week or so. But it was something people were really interested in, despite the fact that it was pretty early doors.

“I realised then that by coming at this from a new perspective we can really develop some interesting ideas on the mathematical modelling side with the data. It was really exciting.”

What exactly does ‘pitch control’ mean?

“Basically, it’s just the regions of the pitch that one player or a team are in control of,” Spearman clarifies.

“So, if a team were to try to pass to that point, that team would be in control. It shows how you can close off space, how you can create space with runs.

“It’s the fundamental notion of how you control space and how space is valuable. We call it ‘off-ball scoring opportunity’, which is an extension of the idea of pitch control.”

Immediately, Spearman felt a connection with Graham, Waskett and Steele.

“We got on really well. We’d see each other at these talks and conferences and would always get together for drinks and a chat,” he notes.

“I remember thinking, ‘That’s cool, there are two physicists and a mathematician working for a football club!’ and that’s actually when I first started following Liverpool because they had people like me working for the club.”

An opportunity to work for Liverpool arose and Spearman, who would join in March 2018, describes: “It was a difficult decision whether to pursue it or not. I’d just moved back to Dallas after being in Boston for a while.

“I was fairly established there, this would have meant moving countries and my girlfriend [now wife, who later joined Spearman in Liverpool] was there. But it seemed like a really interesting career move that would allow me to apply the stuff I was working on and allow me to focus on it.

“It was a big life change but I wanted the opportunity to make an impact that is tangible.

“One of the reasons I chose not to go into finance or business was that I wanted to pursue something I could be really passionate about rather than just a job where I was living solely for the weekends and the pay check. For me, I enjoy finding fulfilment in other ways: challenging questions, doing something that is exciting for people, being involved in something that is bigger than myself. 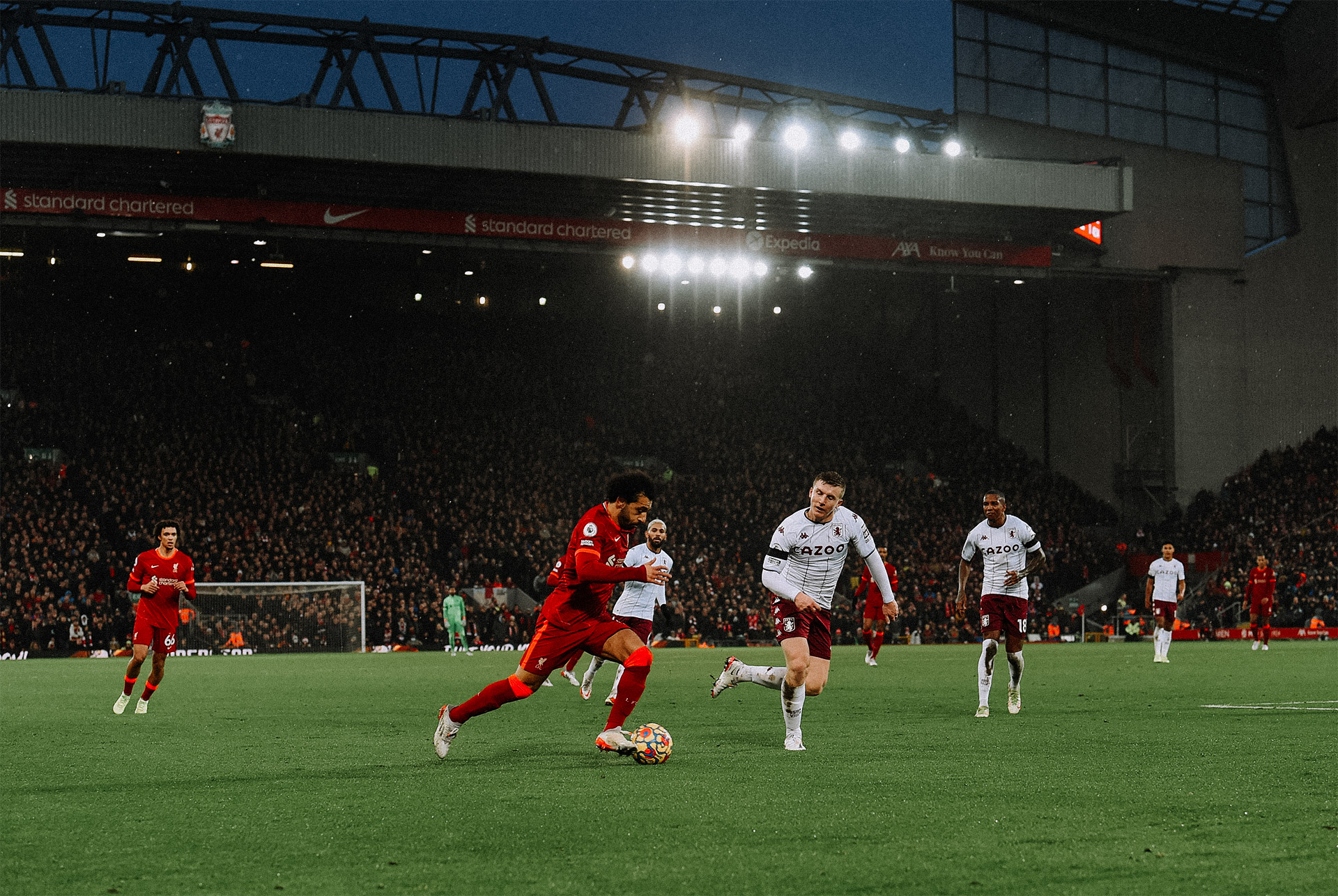 During his first year at the club, Spearman refined his earlier work on ‘pitch control’ and its extensions, but his duties are now more focused on applying his work in various areas, including recruitment and pre- and post-match analysis.

Tracking data sees the positioning of all 22 players and the ball tracked by cameras placed around the stadium at a rate of 25 frames per second. Along with ‘event data’ such as ball touches, this is used in Liverpool’s match analysis and recruitment work.

“With the tracking data I’m able to answer a lot of the same questions as you can with event data, but usually with a lot more context,” Spearman details.

“For example, in event data you can’t really say if a back-pass was a good idea or not because the ball is moving away from goal, which doesn’t look good. But the tracking data will tell you whether the player was under pressure at the time. Was he opening up a passing lane forward by passing back?

“You’re able to get the context that provides much more clarity.”

Spearman deciphers tracking data on Liverpool and opposition players in games, writes a statistical view of every match and delivers this to the club’s analysts, who in turn present their report to Jürgen Klopp and his coaches.

He also works on bespoke data projects with coaches and analysts, and the data produced by his model is consulted and evaluated during the Reds’ player recruitment process.

“I work in the scouting office and having conversations with the very smart guys there has really helped my understanding of the game and the development of the model too,” Spearman acknowledges. 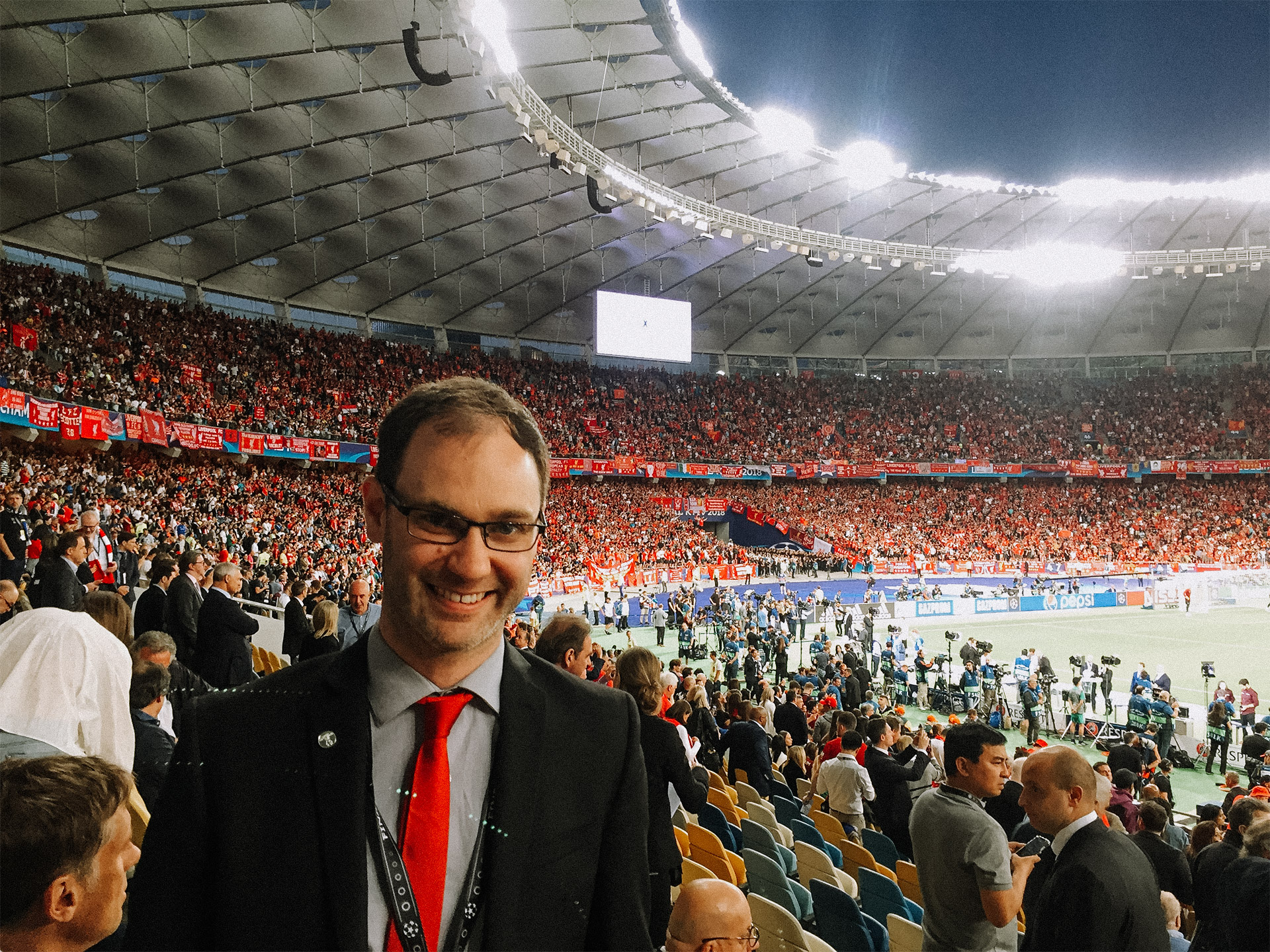 Spearman is approaching his four-year anniversary at Liverpool and feels privileged to have worked in the background during a modern-day golden age that has seen Klopp’s team mature into English, European and world champions.

“Day to day, being involved in the workings of the club gives me a huge sense of job satisfaction and strangely, that’s actually strongest after a bad result,” he concludes.

“I get very emotional watching the games, so being able to soberly sit down and analyse the game and recognise the positive points and say, ‘Here is what went well and here is what didn’t.’ That’s really compelling.

“My favourite moment has got to be the Champions League final in Madrid, especially after the low of Kiev. With this manager, this staff and this group of players, you can’t ever doubt. They’re just phenomenal.

“I think the most rewarding parts of the job are the camaraderie at the training ground and being able to watch this group of players prove how good they are.

“Coming here was a big thing, a big life change. But I have no regrets.” 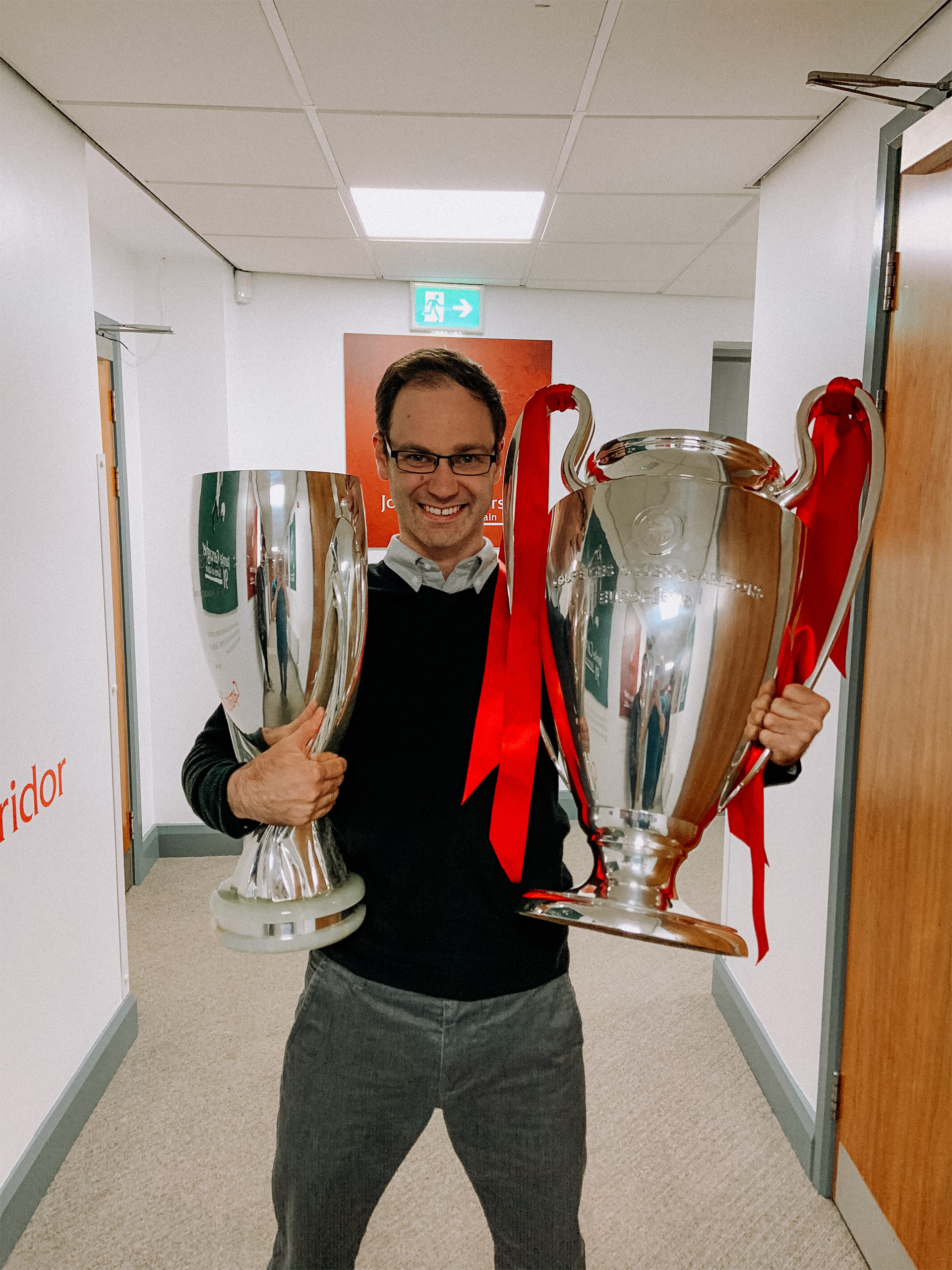