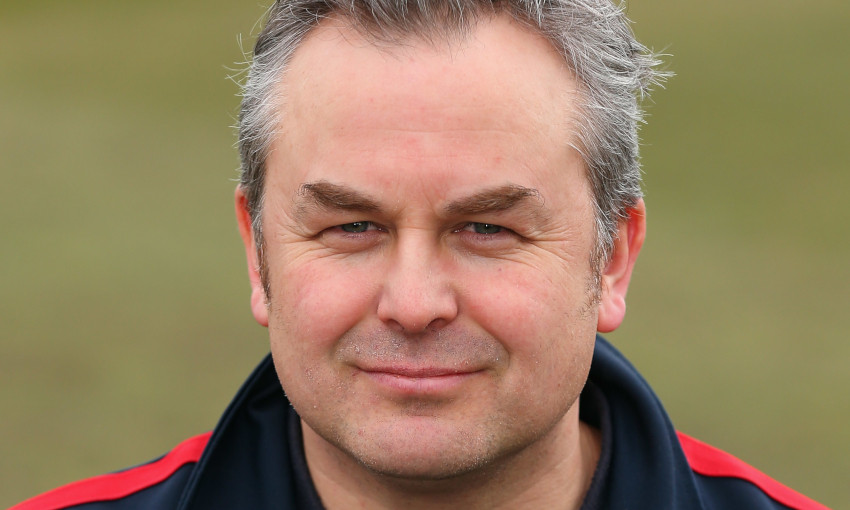 Thirty years after being scouted by Kenny Dalglish’s Liverpool, the former player and now sports psychologist was recruited by the club last summer to work with Jürgen Klopp’s squad.

The ex-Chesterfield manager – described as “a really, really interesting person” by Klopp – is an additional resource in the first-team set-up, providing psychological guidance and advice to those who request it.

It’s an element of elite sport Richardson believes to be crucial, not least because hindsight makes him certain it would have benefited his own career on the pitch.

“I was close to coming to Liverpool as a young player before I went to Watford,” he told Liverpoolfc.com during a recent, wide-ranging conversation.

“I know he [Dalglish] came to watch me at Halifax because he joked when I once asked him why he never signed me – because Watford signed me for what was then quite a bit of money – and he said I wasn’t worth it!

“I was a little bit hot-headed at times when I was a younger player, very driven to want to do well and probably sometimes a bit too hot-headed. So, yeah, absolutely I could have done with someone like myself.

“I honestly believe that in my role now I can help any player who wants to be helped. This is the thing as a psychologist, this is the biggest challenge: you’re often dealing with people who don’t want to be helped either because they don’t think they need it or they feel potential stigma that is often attached to anybody talking about mental health. I have to say, the lads at Liverpool have been the best in terms of being open to chatting and discussing anything.

“That’s a sign of people who have what I call a mastery approach; they just want to get better. I think the fact I’ve been a player and a coach and a manager, I do think it gives me a little bit of an extra perspective on things.

“I can tell when a player doesn’t want to talk and I won’t even attempt to. Not always but I feel as though I can get a sense of when is the right time to approach people. Sometimes you need to be direct and up front and address things head-on. Sometimes I think you need to take almost a horse whisperer approach.

“I always ask players, ‘Are you playing at your best? If you were giving yourself a mark out of 10, what would it be?’ If players are eights or nines out of 10, there’s probably not much more they can do.

“But that’s not always the case with players, at every level and even the very best players sometimes suffer losses of form. And just having a chat about it is sometimes not a bad thing.” 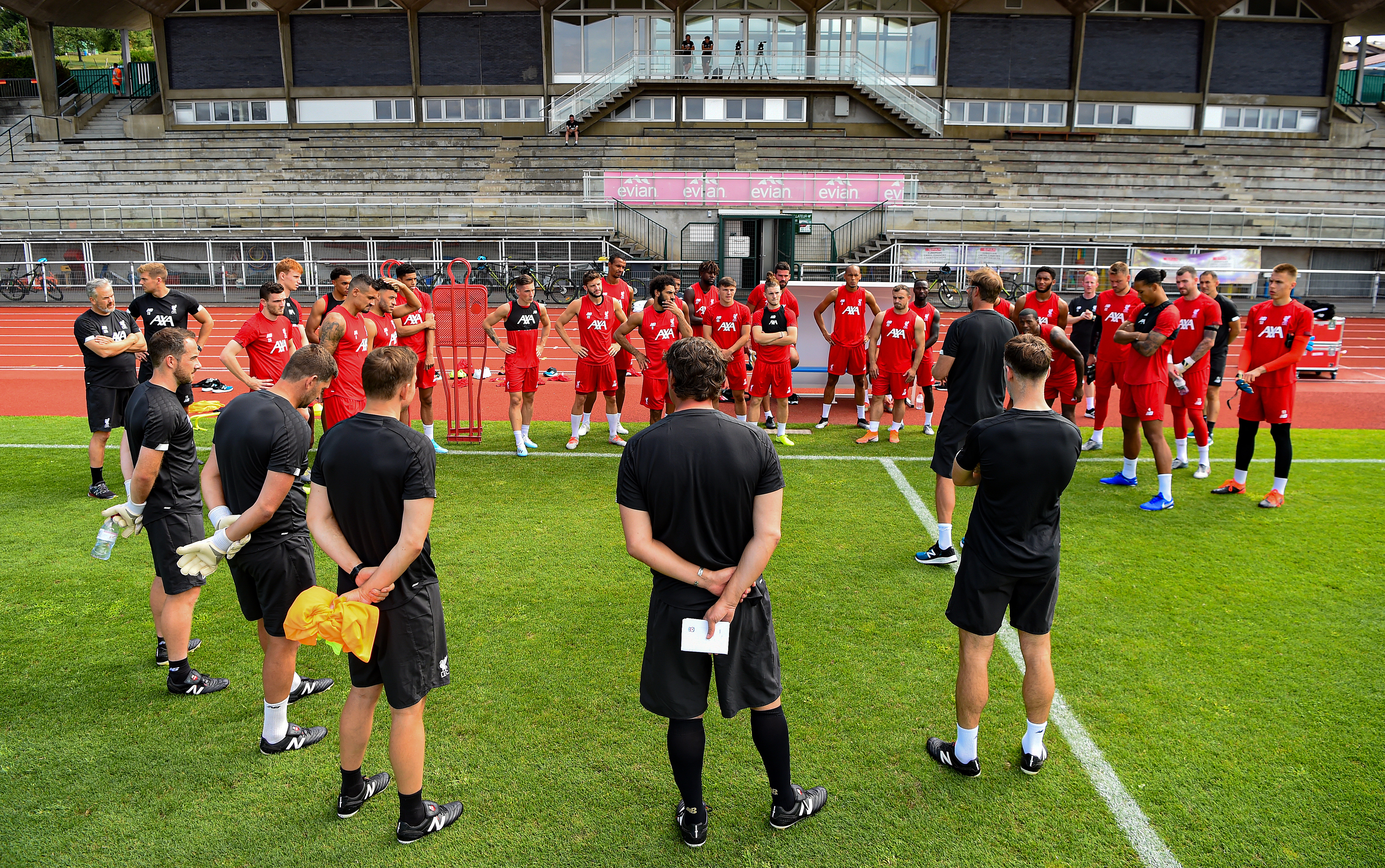 Richardson’s playing career instead took him to clubs including Watford, Blackburn Rovers – where he was briefly united with Dalglish in the early 1990s – Aberdeen, Oldham Athletic, Huddersfield Town and finally Chesterfield, whom he later managed for two years.

A subsequent spell out of the game after leaving the Spireites prompted a rethink.

With a psychology degree already under his belt, Lee’s consideration of his options at that crossroads a decade ago led to a bold career switch.

“I felt as though I might have a kind of unique perspective having been a player, been a coach and been a manager,” he recalled. “So I did more qualifications and changed focus. I’ve been doing that for the last 10 years. I think I made the right decision.

“From my perspective, I was a coach and a manager previously; I was a pro licence coach as well. So while I don’t really talk specifically about football, that coaching involves planning really; planning players, planning their own mindset, if you like, their own approach to how they want to achieve things.

“I’ve found at most football clubs you tend to get a split within the squad of players who really like that kind of individual one-to-one work and those who don’t really. You also do kind of group stuff as well, that’s obviously down to the manager and when he’s happy for that to be done. I don’t need to do too much of that at Liverpool and it has not necessarily been a major focus. It has definitely been more, ‘I’m here as a resource’.

“I thought the manager introduced me really well when I first came in. I’m seen very much as a resource that players can tap into. Once that happens, you tend to find you sort of plan it around the diary of the week.

“Fortunately for me, my job doesn’t really get interfered with other than the fact there’s no football at the moment. I can speak to people, it’s very much the same as being in the same room.”

Richardson is referring, of course, to the COVID-19 pandemic.

The suspension of Premier League football and the implementation of social distancing guidelines by the government means players are currently following individual training programmes at home, while staying connected as a squad through online training sessions.

As outlined by Klopp when the coronavirus outbreak accelerated last month, such challenges pale into insignificance against the greater issues being dealt with across the world.

In detailing his specific role during the current situation, Richardson explained how psychology can be important for elite sports stars whose professional purpose is abruptly halted.

“As a football player, as a sportsperson, your identity is fundamental,” he said. “Just as it is for everybody. If somebody told you, you can’t do what you do every day – if all of a sudden that was stopped – that would have implications for you.

“And some of the pressures for footballers are around not being able to play, either being injured or deselected, and obviously the longer this goes on, the more likely it is it will have some impact on them psychologically because how they see themselves, that’s their identity, so when that’s taken away it can cause some discomfort and some challenges.

“These lads are highly motivated, they want to achieve as much success as possible and while they are psychologically well resourced and robust, it’s all relative. There are different levels of pressure and everyone is different.

“There are lots of people who have a lot of suffering in life, we all know that, and we are all blessed and should have a perspective to look at how other people are faring. But it is true, players do have pressures, even at the very, very top; they are not immune to it.

“Players who are now playing almost all year round, the sacrifices they make away from family is quite significant. Looking on the positive, this period – while a scary period – has been an opportunity for some of the lads to get a bit of family time.

“They’re not superhuman even though they might do superhuman things at times. The pressures get to them and time is precious to them.”

Klopp recently discussed the balanced relationship he believes should, ideally, be shared between a manager and individual members of his squad.

“I really want to be the friend of my players but I cannot be their best friend. That’s how it is,” he commented, regarding the need to be both close personally and constructive professionally.

It’s in that area – such as a player not being selected for a particular match – where Richardson feels some of his most important work can be accomplished. 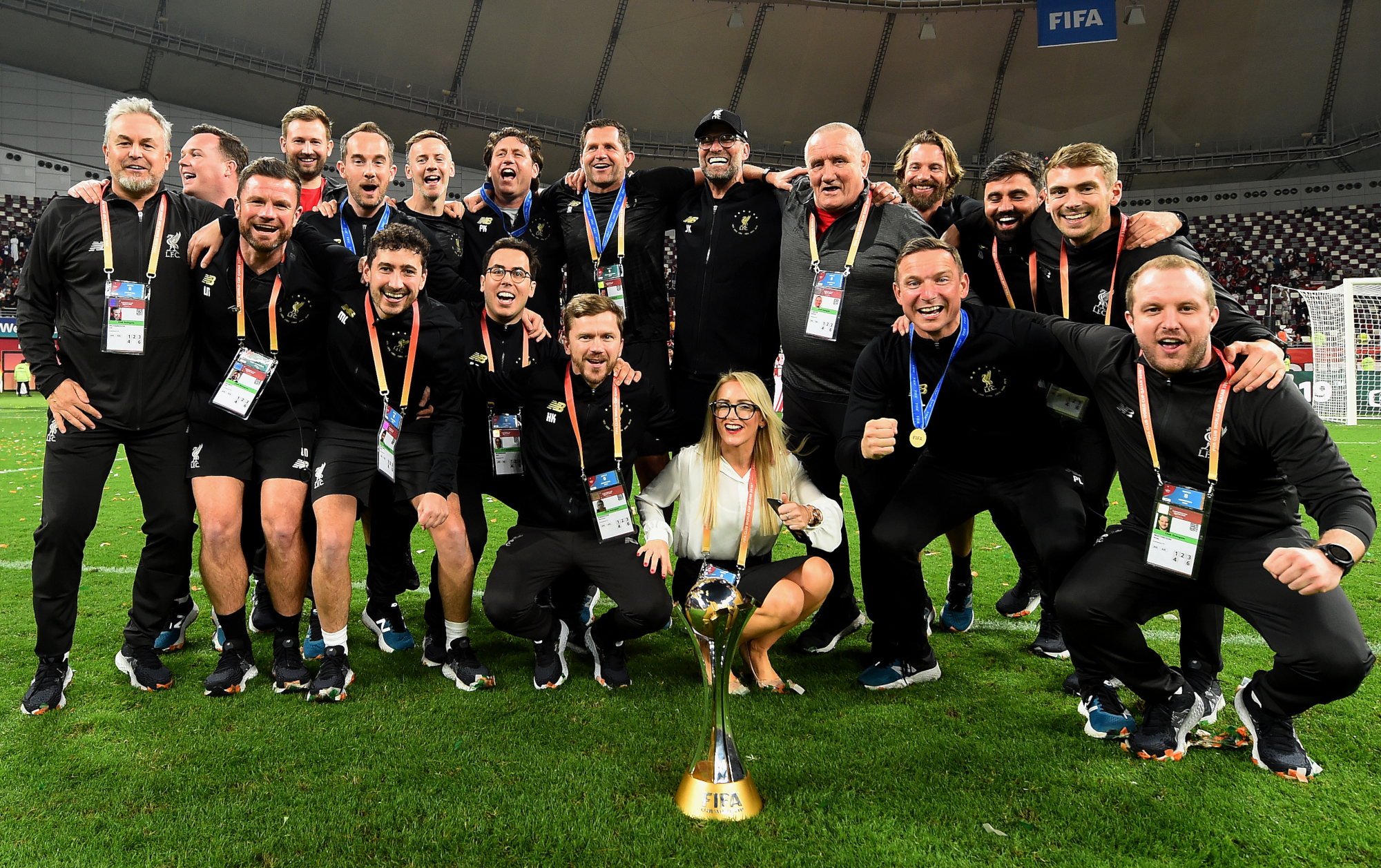 “I have to say, Jürgen is, certainly when it comes to managing people, probably one of the best managers I’ve come across,” said the 51-year-old.

“He’s a natural people person, he naturally inspires people, he naturally communicates brilliantly with people. His communication to the public is the best I’ve ever seen.

“By definition, Jürgen said when I first arrived, he said he makes decisions, positive decisions, that impact players in negative ways and he can’t always then deal with those negative consequences.

“Possibly where I come in is sometimes helping players look at those negative consequences and turn them into a positive. That’s where I see my role in terms of my relationship with the manager; I’m there for him as kind of a buffer, if you like – if it’s needed.

“As are the other coaches, it’s not just me. Everybody in the environment is involved in the psychological performance and wellbeing of each other and the players. We’re all in it together.

“The manager is the most important person and always will be at any football club because he has the destiny of his players in the palm of his hand, and everybody else is there to help support him try to get the best out of those players.

“In my sense, yes, there is an element of that. Players who are maybe struggling to deal with the negative impacts of the positive decisions the manager has made, maybe that’s where I can come in.”

These unprecedented circumstances present a range of challenges to everyone, from key workers on the frontline of dealing with the pandemic to those asked to remain at home indefinitely.

But Richardson is firm in his concluding message that retaining – and sharing – a level of optimism can be beneficial: for fans and players alike.

“It’s absolutely crucial, certainly what the manager does best. The manager will lead the players into the future with the rest of the staff. I’m there to support them,” he says.

“Optimism and pessimism are opposite ends of a continuum that we all have within us as human beings. It’s defined by our personalities to a large degree. Again, I come back to that word ‘balance’ – I think it’s really important to retain some vigilance and awareness of the challenges that are around us at the moment, but it’s also important to be optimistic and look forward and say we will get through this together.

“Liverpool fans will get back to Anfield and watch the team play fantastically well again in the future at some time. We just don’t know when yet. But it is important to be optimistic, there’s lots to be optimistic about.

“And maybe this is a catalyst for change that means people all around the world have to look at things, look at their values and take action towards maybe being better, all of us being better. That’s the optimism I’ve got, that hopefully that can happen. It is important.”