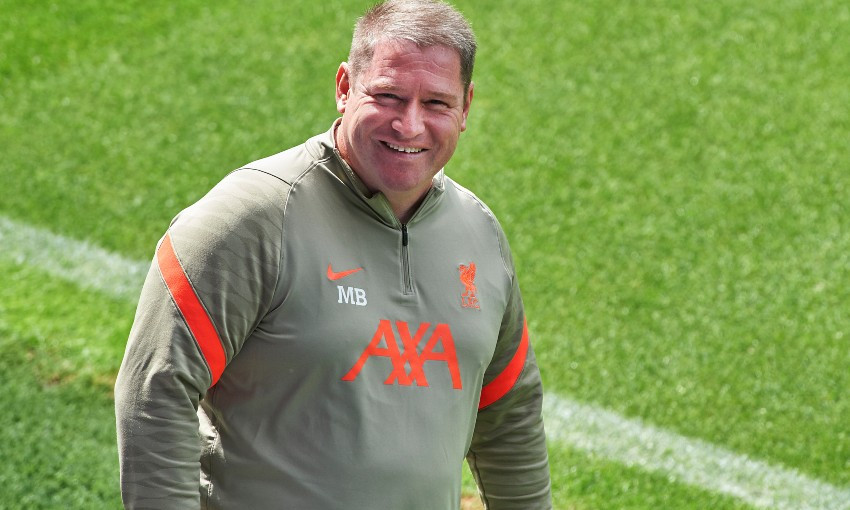 Whether or not a manager should go back to a club where they were successful before is one of those evergreen debates in football.

But in the case of Matt Beard’s return to Liverpool FC Women this summer, that debate feels moot.

Given that the squad, the staff, the training ground, the stadium and even the team’s name, after their rebrand from Liverpool Ladies in 2018, have all changed since 2015, in many ways this isn’t the same club Beard left behind for his adventure with Boston Breakers of the National Women’s Soccer League.

“It’s been hard seeing what’s happened here from a distance over the last few years,” the 43-year-old, who also managed West Ham United and Bristol City before his Merseyside return in May, tells Liverpoolfc.com.

“But I’m excited to be back and to be working for the football club again. This is a completely different scenario to before and it’s just about us trying to achieve our goals over the course of the season.” 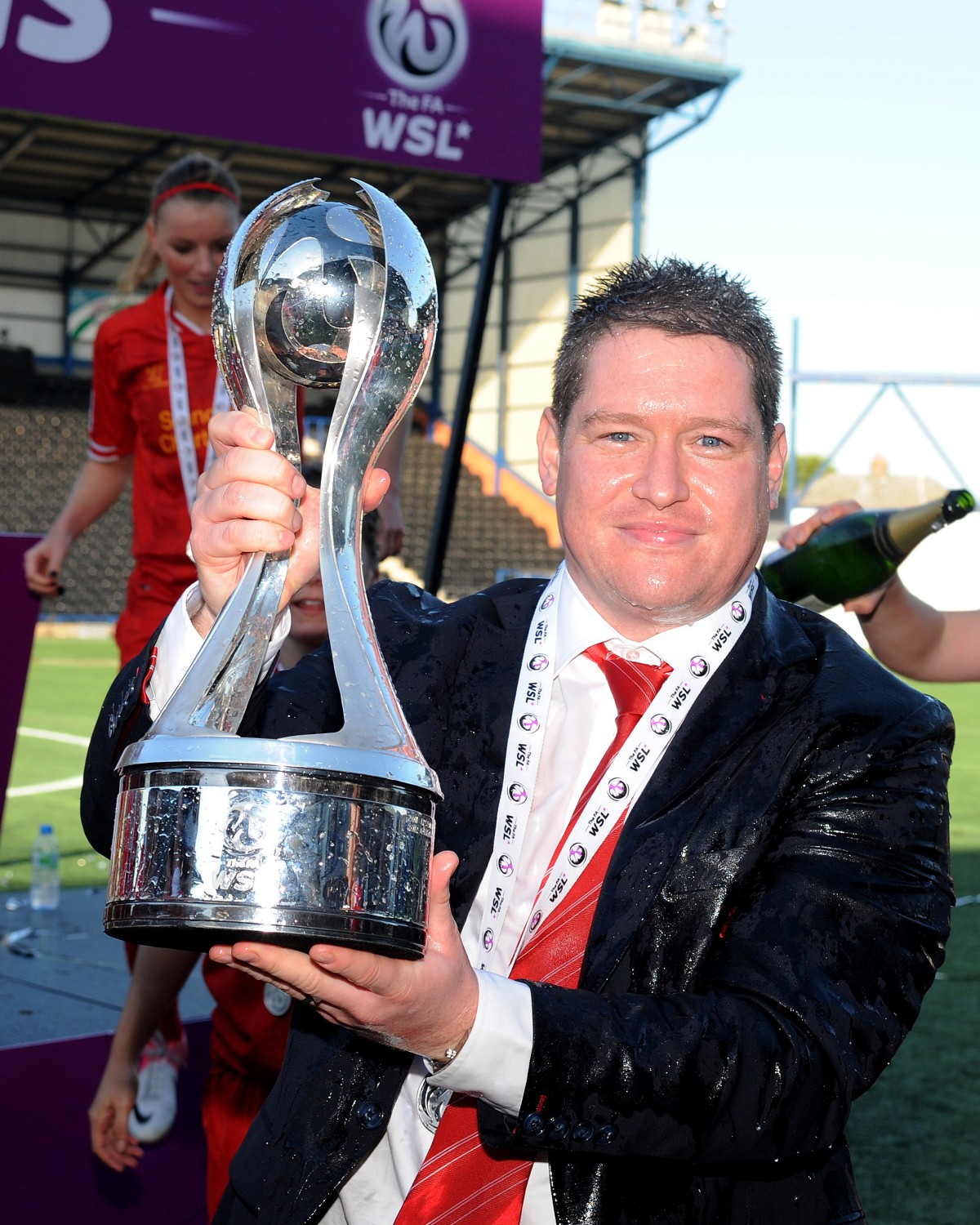 Beard’s achievements at Liverpool between 2012 and 2015 were huge, including two Women’s Super League titles and a first qualification for the Women’s Champions League.

This time, the goal is firstly to return to the WSL, but as the bulk of Beard’s squad learned last season under predecessor Vicky Jepson and interim manager Amber Whiteley, there’s nothing simple about escaping from a fiercely competitive division where only the champions are promoted.

With more quality and investment flowing into the second tier than ever before, Beard regards this edition of the FA Women’s Championship as ‘the toughest ever’.

“Everyone has strengthened their squads and this division is becoming more appealing to players from the Super League now, because of the opportunities to play and still be a full-time footballer,” says the two-time WSL Manager of the Year, who is working at this level for the first time.

“You look at Durham, a team that’s improved year in, year out player-wise and organisation-wise, Sheffield United, clubs like Coventry United and Charlton Athletic going full-time, Bristol City coming down from the Super League.

“It’s not like it was last year, when Liverpool and Leicester City were the main full-time clubs, you’ve now got five or six clubs that are full-time, and I don’t think it’s a foregone conclusion by any stretch of the imagination. There’s probably four or five teams that can compete to win the division.” 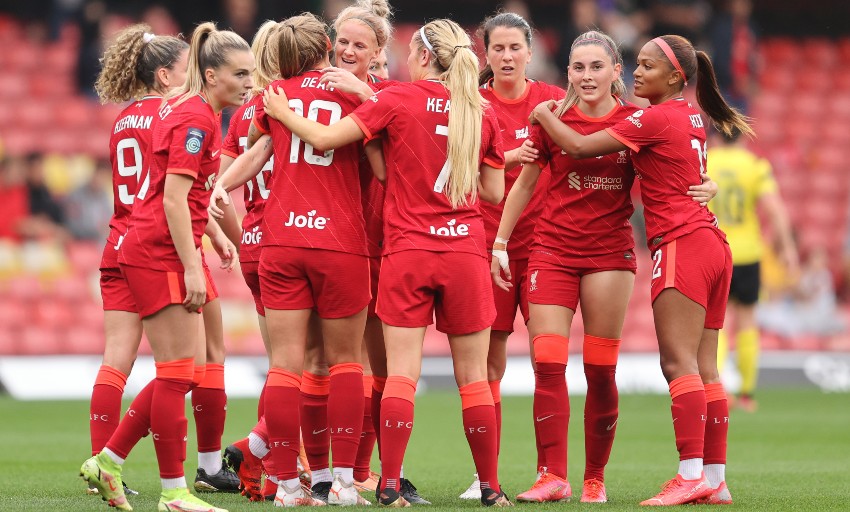 Liverpool reacted strongly to the setback of losing their opening Championship match of the season by beating Watford Women 3-2 at Vicarage Road in their second outing last weekend.

There is genuine optimism about what Beard’s team can do in their remaining 20 fixtures - and why not, with a record number of season ticket holders there to cheer them on at Prenton Park and no fewer than eight new signings added to the squad.

Many of those players have either represented Liverpool before (Yana Daniels and Jasmine Matthews) or previously played under Beard at different clubs - a level of familiarity which it’s hoped can help them all settle into the club and city quicker.

“We had a good squad anyway, so it’s about just improving the strength and depth and addressing what I would call the balance of the squad,” Beard explains.

“The good thing for me is, although everything changes every year and you’re not always going to play the same way, the ones who have worked with me before know what I expect and how I work, and that makes the transition a lot easier. There are numerous things that you take into account, but I’m delighted with the business we did this summer.”

A smooth settling-in process has also been key for Beard himself during the months since his unveiling - not something that can be taken for granted when you’re uprooting a young family for the fifth time in nine years.

“That’s the toughest part when you do this job,” he admits. “My priority is always making sure that my wife and kids are settled, and we’ve had a few ups and downs with that, I’m not going to lie. The kids are a bit older now, so moving obviously impacts them a bit more than it would have done before, and it’s the impact it has on your wife as well.

“But we loved living here before, we’re settled where we live and everyone is in a good place. We managed to get the kids into school before the last term ended, and they like the school and got to meet a few people. I’m thankful for their support, because obviously my job is what keeps us moving! But looking at the situation now, I’d love this to be long term, so my family can get settled, get through school etcetera. Fingers crossed that’s how it all works out.

“Football is the be-all and end-all in Liverpool, I’ve never lived anywhere like it, so it’s a fascinating place to be and I’m very lucky to have that opportunity to come back. The club could have gone in a different direction, but they put their trust in me to hopefully get us back up.” 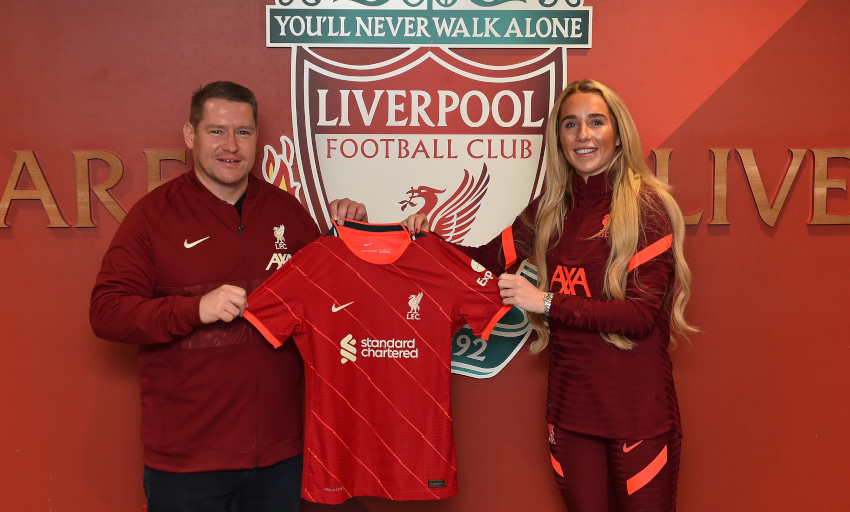 It’s a good thing Beard has spent plenty of time in Liverpool before, otherwise he might not know what to make of a character like Missy Bo Kearns. Aged just 20 but heading into her 10th year at the club and third full season in the first team, midfielder Kearns is brimming with confidence after being named last season’s Standard Chartered Women’s Player of the Season - although that’s not the word Beard would choose to use.

“Cheekiness, I would say!” he laughs. “But I wouldn’t change that for the world, because it makes me smile and it makes the players smile. I remember when I first came up here in 2012 I used to go to training at least once a week at the Academy, going to a few of the games and the presentation evening, and she always stood out.

“The great thing is, the love she has for this club is phenomenal. For her everything is about Liverpool, everything’s about football. You look at her deliveries on set-plays, we’ve worked on other parts of her game in pre-season which we’re already seeing big improvements in, and she wants to get better, she wants to learn, so it’s going to be really exciting to see how she develops over this year. I’ve got a track record of giving young players chances at every club I’ve been at, it’s so important because they already have that love for the club. But Missy Bo… what a character.”

So, what can those new season ticket holders expect on Sunday afternoons over the water at Prenton between now and next May? Beard is honest about the trade-off between entertaining the fans and the one consideration that must always trump all others: winning games and securing promotion.

“We do have a lot of flair and talent in our squad - but realistically it’s about winning football matches. I look at the Blackburn game in pre-season [a 2-0 defeat] as a big learning curve, because we dominated the ball but couldn’t quite break them down and convert our chances.

“It’s going to be a bit of a process; we will probably play against teams that sit off us in a block, so we have to find different ways of winning different matches. But everything I’ve seen so far suggests the fans are in for an exciting ride this year.” 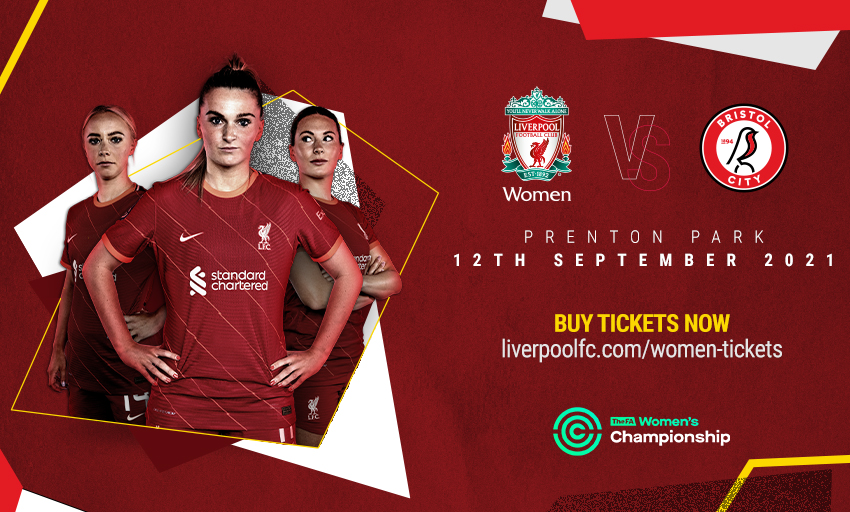