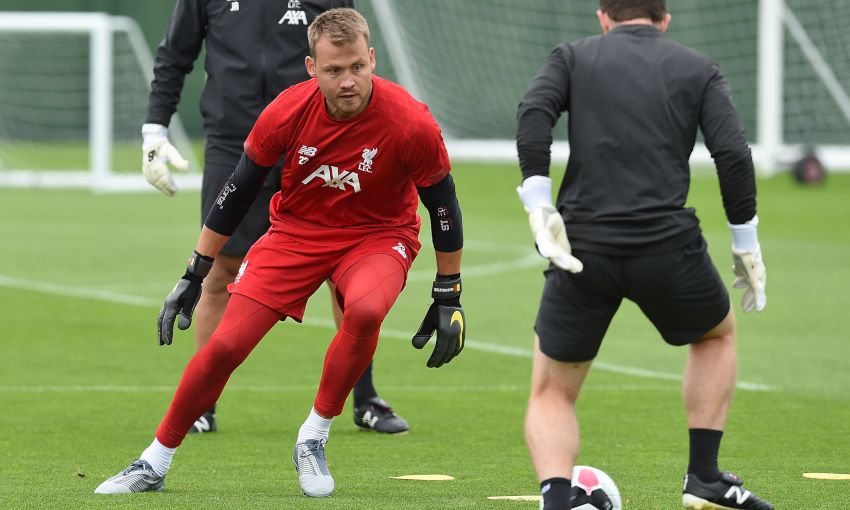 Praise for Simon Mignolet's professionalism is just an added bonus to the Liverpool goalkeeper, who insists he will always do what is necessary for the good of the team.

Mignolet was back-up to Alisson Becker last term as the Reds achieved 97 points in the Premier League and went on to clinch Champions League glory in Madrid.

The Belgium international was consistently credited by manager Jürgen Klopp and his teammates for the role he fulfilled in pushing Alisson and maintaining a high level of competition in training.

Following Sunday’s friendly at Bradford City, Klopp outlined the intention for Mignolet to remain with the club for 2019-20 – his seventh season here since joining from Sunderland.

And on board the team flight to the United States for a pre-season tour including three matches, the stopper detailed his commitment to making more important contributions.

“First and foremost, you [only] get praise when it’s due,” he told Liverpoolfc.com. “I’m happy with the fact they saw it. I’m not after it. But it’s nice for them to say it, they don’t have to do that.

“The only thing I can do is help the team in the best way I can; if they then see that and praise me about it, so for the better. The most important thing is that the team wins games and wins trophies, that’s what we did last year and we’re very pleased with that.

“Hopefully all the work we do again in pre-season will help the team and the club along the line to win more trophies, because in the end that’s why you’re paid to be a football player and that’s what your job is.

A quirk of circumstances in the goalkeeping department has put even greater responsibility on Mignolet’s shoulders for the coming weeks.

Alisson is on holiday after winning the Copa America with Brazil, Caoimhin Kelleher is injured, Kamil Grabara has joined Huddersfield Town on loan, and Vitezslav Jaros is sidelined too.

Academy goalkeeper Daniel Atherton has therefore stepped up and Andy Lonergan has joined up with the Reds to aid their training programme in the USA and Evian later this month.

Asked about setting an example, Mignolet said: “I’ve always done that but in this squad at this moment there are a few players not there, there aren’t many who are very experienced in pre-season.

“It’s about being at the highest level every day of your life, not only when you’re on the pitch but also off it. We’ve got a few young ‘keepers now. Andy has joined in to train with us and he is experienced as well, so he will help me in that sense.

“The young boys will see what it is to live and work your life as a professional footballer. The environment when you’re at Liverpool Football Club is already at the highest level and that’s the main thing – everybody can see what you have to do to perform at the highest level. The talent we’ve got in the squad will add up to that.

“I’ve done it all over my career and I will keep doing that. The only thing you can do is be professional and do your job the best you can.”

Liverpool approach the new season with the euphoria of becoming champions of Europe in June not just still fresh but collectively considered real motivation to win more silverware.

“The hunger has always been there,” reasoned Mignolet. “The hunger is there when you’re inside the dressing room. When you play football you want to win.

“What we learned is what it feels like to win something, with the scenes afterwards as well we know what to expect. We know what we have to look out for and what we’re looking forward to.

“With the celebrations afterwards, everybody knows, everybody saw and felt what it was. We’re now even more hungry to experience that again. And we have the experience once you’re at that level to deal with the occasion when it comes along.

“It can be a really exciting season for us and hopefully we can get some silverware again, just like we did last year.”

Restricted to two competitive appearances last term, Mignolet has quickly clocked up minutes in Liverpool’s opening pair of pre-season matches despite only returning to training on the morning of the first.

The chance to get back out on the pitch with regularity is a welcome feeling for Mignolet.

“Over the off season you try to keep yourself fit and especially in our position you make sure you keep a certain basis,” added the 31-year-old.

“And, first and foremost, that you don’t get injured when you get back. I’ve had luck with injuries over my career, I haven’t had many.

“As a ‘keeper you can easily play 90 minutes when you come straight back in. I only had to play 45 minutes against Tranmere. But for me, I haven’t been playing very often, it’s nice to have some minutes under my belt and to play games. That’s a good thing.

“I’ve only been here four days and I’ve already played one 45 minutes and then 80 minutes. That’s why you’re a football player, that’s what I enjoy.”