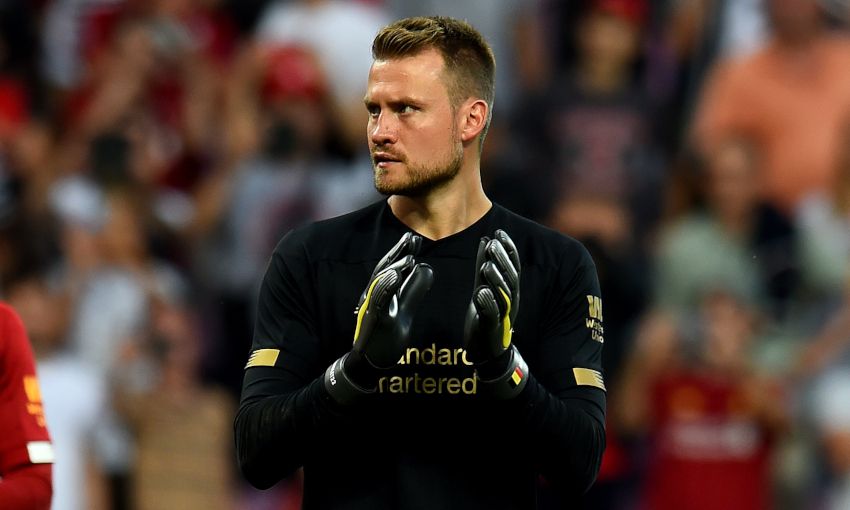 Simon Mignolet has today completed a permanent transfer to Club Brugge after a six-year spell with Liverpool FC that included more than 200 appearances.

The Belgian goalkeeper departs the Reds to return to his homeland having been part of the squad that clinched European Cup glory in Madrid in June.

A key figure in the Liverpool dressing room by virtue of his dedication, professionalism and work ethic throughout his time here, Mignolet leaves with the best wishes of everyone at the club.

He arrived at Anfield back in the summer of 2013 from Sunderland and enjoyed an impressive debut season between the sticks under Brendan Rodgers.

Mignolet saved a last-minute penalty to preserve victory on his first competitive home appearance to kick off an exhilarating season that saw the Reds narrowly miss out on the Premier League title.

The stopper successfully battled to regain his status as first choice after a brief period out of the team in 2014-15 and was almost ever-present following the appointment of Jürgen Klopp as manager the following season.

It was during the new boss’ first term that Liverpool were beaten finalists in both the League Cup and Europa League, with Mignolet appearing in each showpiece.

Renewed competition for a place in the starting XI came when Loris Karius was signed in 2016, though again it was the Belgium international who finished the season in possession of the shirt as the Reds got back into the Premier League top four and secured Champions League qualification.

He then started 22 games in the first half of 2017-18 before serving as back-up to Karius en route to the first of consecutive Champions League finals for the club.

The signing of Alisson Becker last summer bolstered the goalkeeping department again and it was Mignolet who remained with Liverpool as a top-class deputy to the Brazilian.

Founded on a strong collective spirit among the stoppers at Melwood, overseen by John Achterberg, the Reds registered the best defensive statistics in the Premier League and, of course, won the Champions League in June.

Mignolet was widely praised by Klopp, the coaching staff and teammates for his professional approach throughout the season to help ensure the highest level of performance in training and matches.

And so he leaves Liverpool for a new chapter at Club Brugge with a Champions League winner’s medal and the best wishes of everyone connected to the club.