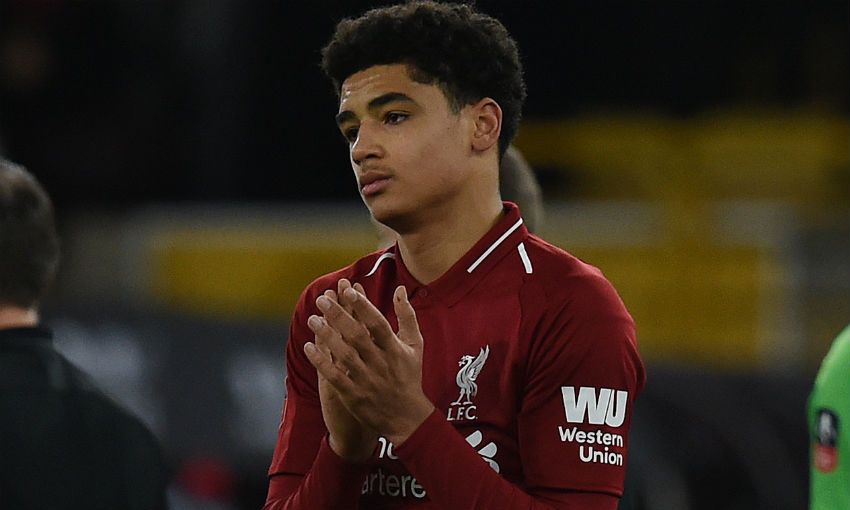 Ki-Jana Hoever sent a message to Liverpool fans after making his first-team bow for the club.

At the age of just 16 years and 354 days, Hoever became the third-youngest debutant in the Reds' history on Monday.

The Netherlands youth international played 84 minutes of Jürgen Klopp's team's FA Cup third-round loss to Wolverhampton Wanderers after Dejan Lovren was forced off with an injury in the early stages at Molineux.

And Hoever posted the following message on Instagram on Tuesday: "A disappointing result last night but happy and proud to have made my debut for @liverpoolfc. Fans were brilliant #YNWA."