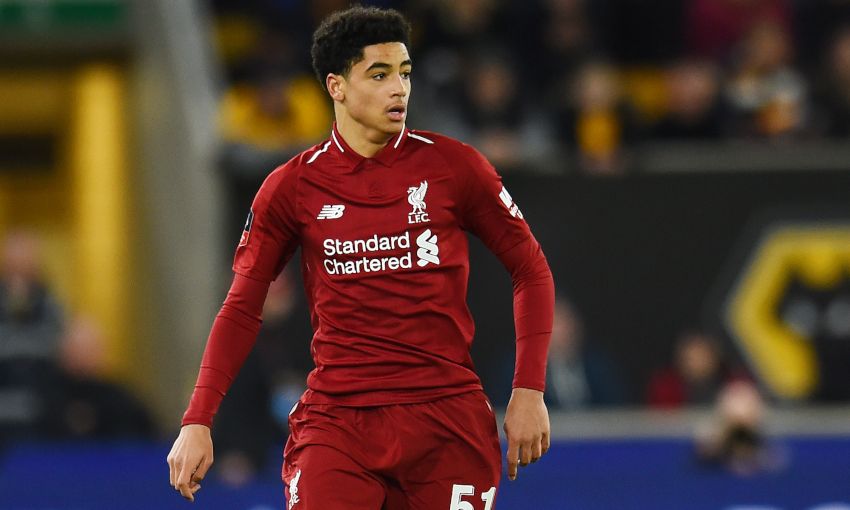 Ki-Jana Hoever has become the third-youngest player to debut for Liverpool, after being introduced as a substitute against Wolverhampton Wanderers.

The Dutch defender, who joined the Reds from Ajax earlier this season, took to the field six minutes into the FA Cup tie at Molineux due to an injury to Dejan Lovren.

In doing so, Hoever set a new club record as the youngest player ever to feature for Liverpool in the FA Cup, aged 16 years and 354 days.

That makes him the third-youngest to debut in any competition for the Reds, behind only Jerome Sinclair (16 years and six days) and Jack Robinson (16 years and 250 days).