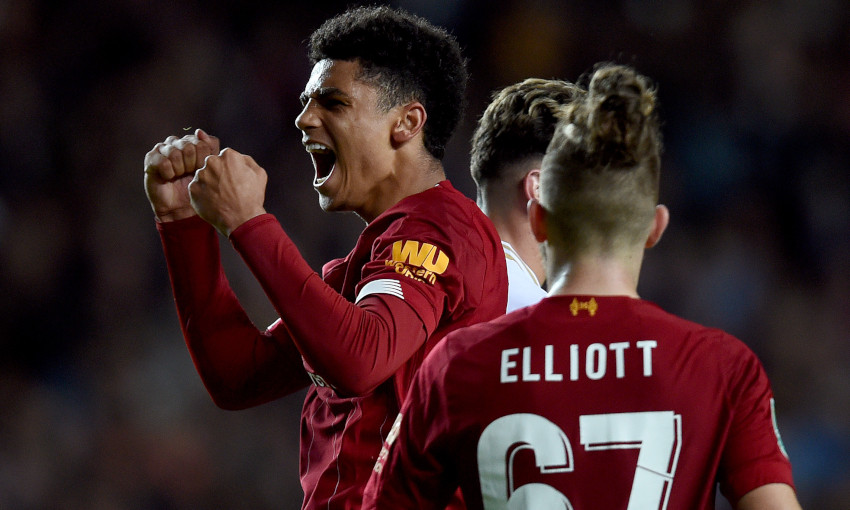 Ki-Jana Hoever is aiming to make Liverpool proud as another FA Cup opportunity beckons for the teenage defender on Tuesday night at Anfield.

A youthful Reds team, managed by U23s boss Neil Critchley, is set to host Shrewsbury Town in a fourth-round replay after the sides drew 2-2 at New Meadow last month.

It was in the third round of the same competition 13 months ago that Hoever made his senior debut for the club, replacing Dejan Lovren six minutes into a tie at Wolverhampton Wanderers – then aged just 16 years and 354 days. 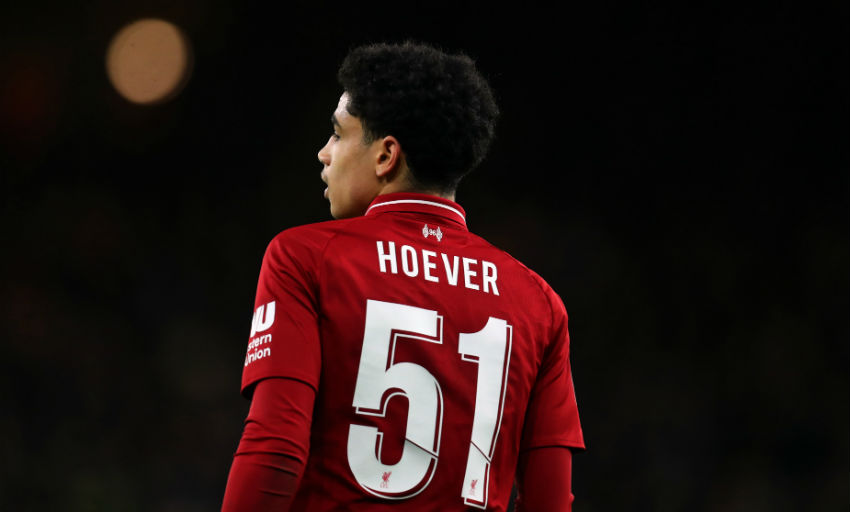 And the Netherlands youth international hopes to create another special FA Cup memory by rising to the occasion against League One opponents Shrewsbury tomorrow.

“Everyone is really excited about it,” Hoever told Liverpoolfc.com.

“That we can play at home at Anfield with all the crowd and the fans. That we can show what we can do as a team, do the club proud and win the game.

“We just need to focus on our game and play the best game we can play.

“Shrewsbury gave everything the whole game [in the first meeting] and still believed when they were 2-0 down. That’s good for us to know.

“It’s just a great opportunity for us to play at Anfield. Everyone in the squad wants to win the game. We just need to focus and work hard and then we’ll do our best and hope it’s enough to win the game.”

Hoever became the third-youngest player to represent the Reds at the time of his debut at Molineux on January 7, 2019.

It was an experience the No.51, who can operate on the right and in the middle of the backline, insists he will never forget.

“I wasn’t sure,” he explained, when asked if he believed he would get the call as a substitute once Lovren went down injured that night.

“Trent [Alexander-Arnold] was on the bench as well and some experienced players, so I thought maybe the manager would figure something out with them because it was so early in the game.

“I didn’t think he was going to bring me on. But when he called my name out and I needed to warm up, a lot of things were going through my mind at that moment.

“I didn’t have a lot of time to think about it and I came on straight away, which was good I think.”

Hoever’s first appearance ended in a 2-1 defeat but it marked the beginning of a year that would bring a range of development opportunities for the former Ajax player.

After winning the U17 European Championship with his country, he was in Madrid for Liverpool’s Champions League final victory over Tottenham Hotspur.

He joined the first-team squad on their summer tour to the United States and then signed a new contract shortly before the 2019-20 campaign got under way.

In September, Hoever opened his account for the club with an emphatic headed goal during the Carabao Cup win at Milton Keynes Dons and was on the bench three months later as the Reds became world champions.

“I’m still the same but I’m a bit stronger, a bit bigger and I think I’m a better player,” the Dutchman said of his evolution in the past year.

“But, of course, there are a lot of things I can still do better and I need to improve. Mentally, and also physically, I made steps – that’s good.”

Hoever does not have to look far for inspiration, of course.

Liverpool’s 4-0 victory over Southampton on Saturday extended their lead of the Premier League to 22 points with 13 games remaining, with the Reds also current holders of the European Cup, UEFA Super Cup and FIFA Club World Cup. 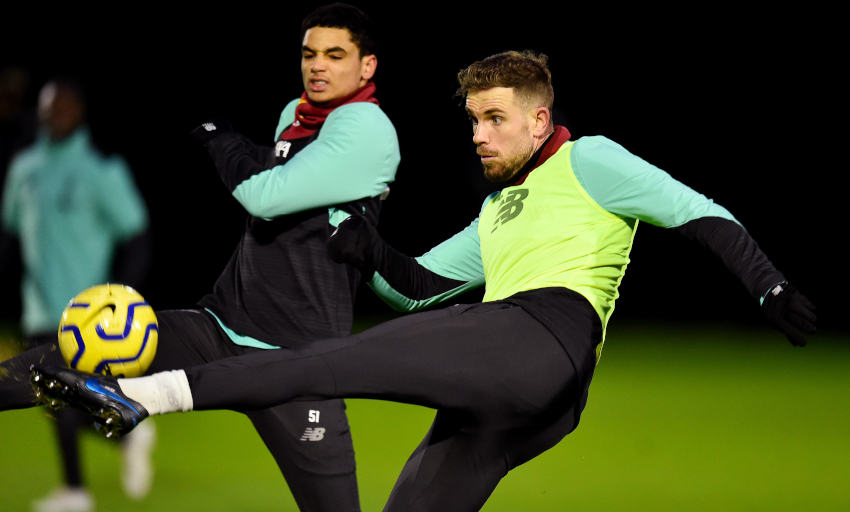 “It’s unreal what they are doing at the moment, winning that many games,” he added.

“It doesn’t matter what the media or the world are saying about the Premier League, they just keep focusing on winning their games. And at the end of the season they will see. It’s really special what they are doing.

“You can learn from everyone, the whole team, it doesn’t matter which position. They are all really experienced players, top players – world-class.

“I can learn from everyone and that’s what I try to do when I’m at Melwood or at games. I try to take in as much as possible and put it into my game.”