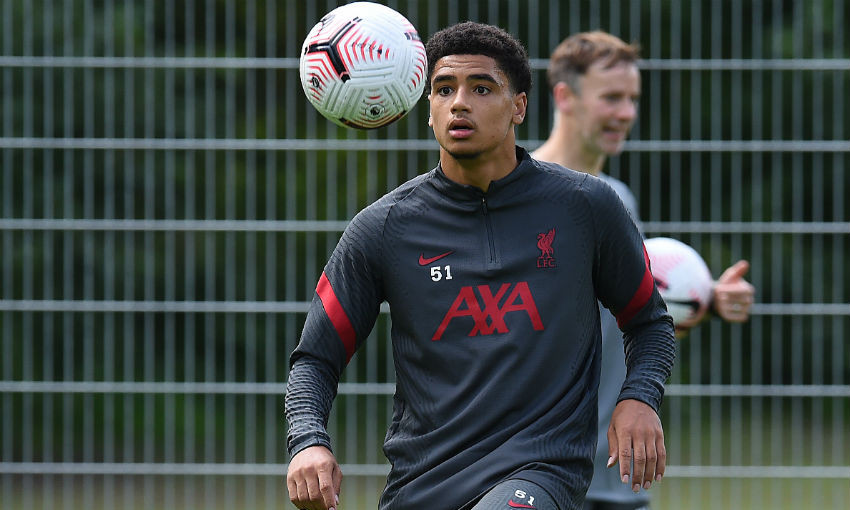 Ki-Jana Hoever is now looking to push on after an important season in his development as a footballer.

Having signed a long-term contract ahead of 2019-20, the 18-year-old went on to make three senior appearances for Liverpool and netted his first goal for the club away at MK Dons in the Carabao Cup.

The versatile defender hopes to follow that up with a campaign that involves even more opportunities with the Premier League champions.

Speaking from the Reds' training camp in Austria, Hoever told Liverpoolfc.com: "That's always the goal. My goal is again to play as many games as possible and that's just my goal.

"I don't have any [specific targets], to be honest. I'm just trying to get better, show myself in training and then we will see what happens.

"It's really a privilege to be around these boys and learn from them every day, so I'm really happy about that.

"This is pre-season, so these are not the normal sessions that you have in mid-season. Of course it's a little bit harder but you can also show yourself.

"It feels really good. We had a little break but I'm happy that it wasn't a break that took too long, so we can start straight in.

"I took maybe a week off – still doing your stretching and that kind of thing – and then the other week I started training and doing my running and stuff like that."

Next month will mark two years since Hoever officially became a Red after completing his switch from Ajax.

It's been a special journey so far for the Netherlands youth international and he reflected on his growth as a player in that time.

He added: "I played at another academy for like eight years, so you only know what that academy is like.

"But if you go to Liverpool, they have another style of football and I think I've picked it up quite good now.