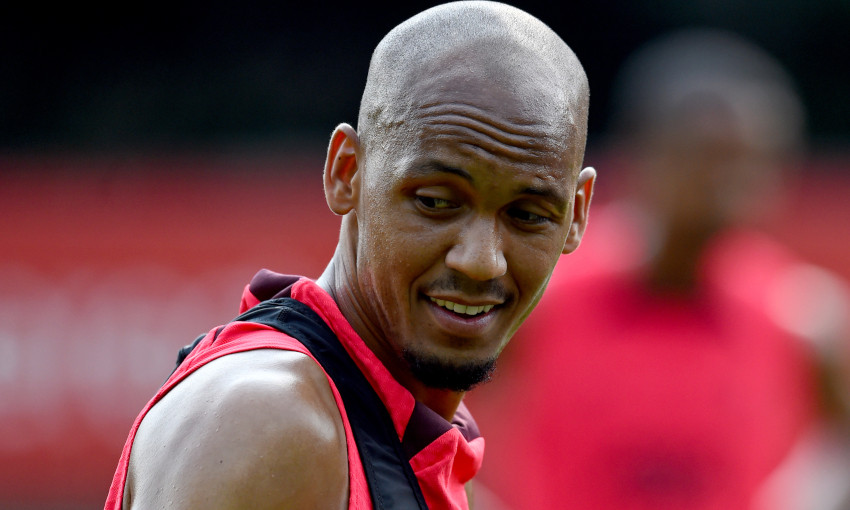 Fabinho has no doubt his baby boy will get the football bug when he visits Anfield in future and would love him to surpass his father's talents on the pitch.

The Liverpool midfielder and wife Rebeca announced earlier in the summer they are expecting their first child together, a son.

Speaking after the opening session of the Reds’ week-long training camp in Austria on Friday, the No.3 revealed his excitement and pride – and hopes to see his own achievements in the game beaten by the ‘little Scouser’.

“I hope [he] will be a little bit more offensive and score more goals than me [and] he will be a better player than I am as well,” Fabinho told Liverpoolfc.com.

“I am really happy. Maybe he will not like football but of course I think if he goes to Anfield and watches the games, it’s impossible not to like football.

“Of course he will be a Liverpool fan, a little Scouser and hopefully a better player than his father! For me and my wife, we are really excited. It’s the best news of our life. We are really happy with this news.”

Fabinho featured for 60 minutes of Thursday’s 5-0 pre-season victory at RB Leipzig as Jürgen Klopp’s team continued to ramp up fitness levels ahead of 2022-23.

They flew out to Saalfelden this morning to begin their stay, with a week’s worth of hard work amid the Austrian sunshine mapped out.

Read the rest of our interview with the midfielder following training as he reflected on the efforts in pre-season so far, his personal condition, the progress of Stefan Bajcetic and why there’s still some nickname confusion within the squad…

We’re in Austria for the start of the latest phase of pre-season. How have you found it so far since you came back?

Pre-season is always a time for preparation. Physically, we do some hard work, some physical work that we need for the season. We will play a really important game in eight days so the preparation needs to keep going. But it’s nice to train with the boys. We are enjoying [it]. I am enjoying playing with these young boys with the quality they have. Until now the preparation has been really good. 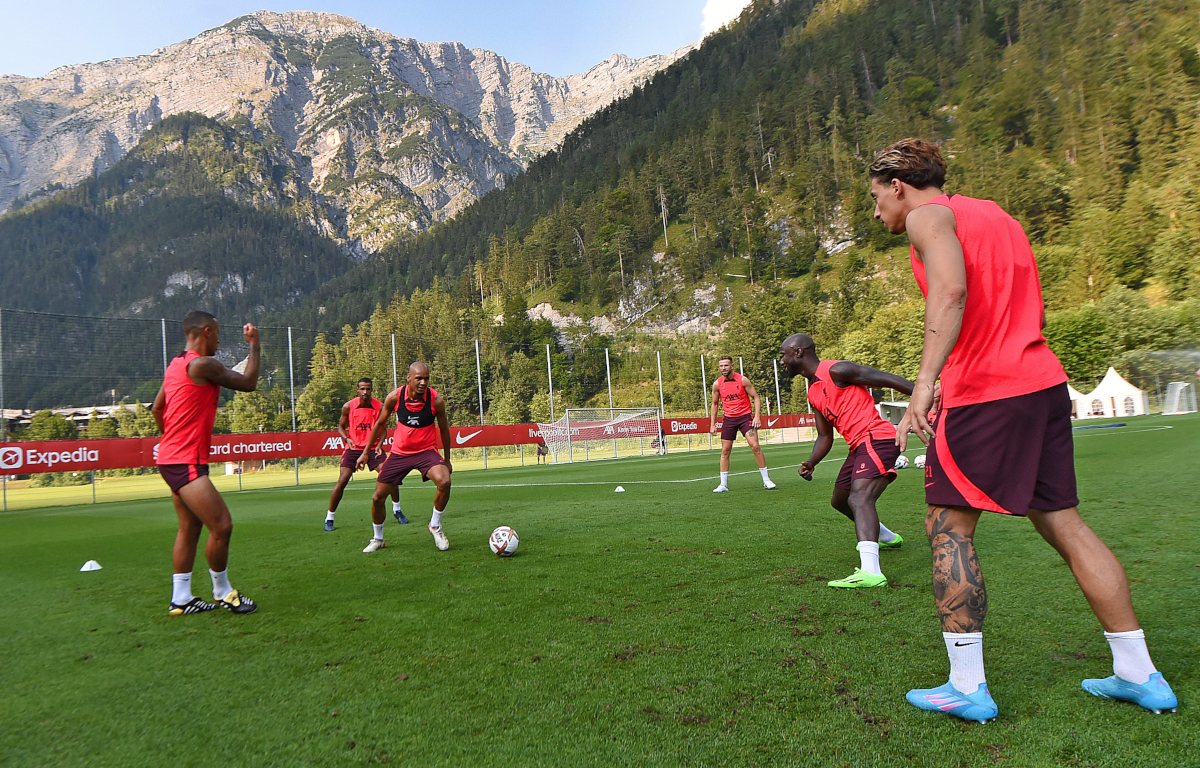 It was a fantastic result last night against Leipzig. The manager had said beforehand he wanted to recognise the team’s style of performance without even knowing you were in the Liverpool shirt. Did you feel it was a ‘Liverpool’ display?

Yeah, it was important for me and for other players to play a little bit more in this game. The last game against Crystal Palace I played 45. Yesterday it was important to play 60 minutes. Now the legs need more minutes, the body feels better, you feel more natural in the press situation, running. The condition is better now, so it was good for me and the boys. Some of the boys played 60 minutes, others played 30, others played 45. It’s important for everyone to get in the rhythm. It feels good, the one hour that I played. This is good.

You mentioned some of the young boys – Stefan Bajcetic came on in midfield last night. He’s a relatively new face around the senior squad this summer. How have you found how he’s getting along with the squad and his performances when he’s had chances?

Yesterday he did really well, he was really important in the fourth goal. He recovered the ball in a really important area and then he passed to Harvey and Harvey did the assist to Darwin. It’s important. He has trained with us, he will get better, he will have more confidence to take the ball, to turn, to do some stuff that the No.6 does. It’s nice to have not just him but the other young lads as well playing really good football. We have a lot of talent in this team now; we have Fabio Carvalho, Harvey Elliott, Curtis, Stefan, Tyler as well. It’s important for them to show their quality as well.

Has the confusion around the nicknames eased up a little bit? You’re definitely ‘Flaco’ now…

Yeah, definitely. Sometimes when the manager separates the teams, when he says ‘Fabio’ I start looking at Fabio Carvalho because we both don’t know which Fabio needs to go to the team. Yes, I guess they will have to call me Flaco more often now.