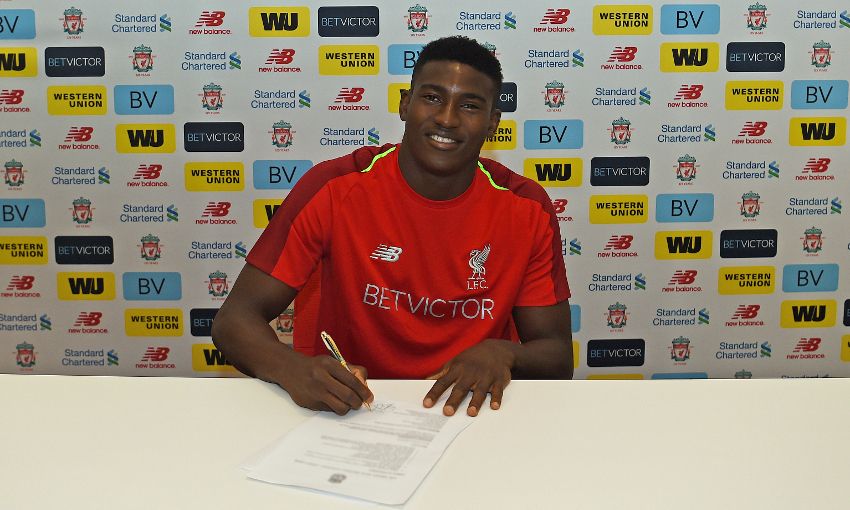 The 20-year-old striker, who joined the Reds in August 2015, put pen to paper on the deal at Melwood on Tuesday following a successful season in Belgium’s top flight with Royal Excel Mouscron that included 10 goals and four assists.

“It has been three years since I first came to Liverpool. So far, so good. The last year was the best for me, it has been an amazing year so far.

“I just have to keep working hard each year and I believe one day the dream will come true.

“Thanks to my family, who have been so supportive. I’m very glad and excited about this contract and hopefully to have an even better year.”

Awoniyi originally moved to Anfield from the Imperial Soccer Academy in his homeland of Nigeria.

He’s represented his country at U23 level and has spent the last three seasons on loan at FSV Frankfurt, NEC Nijmegen and Royal Excel Mouscron respectively.

The U17 World Cup winner is aiming to improve further in the coming campaign with a view to earning a call-up for the senior Nigeria national team.

“That is a big part of the ambition for me,” he said. “I have played for many years with the youth teams and I look forward to hopefully getting a chance with the senior team.”