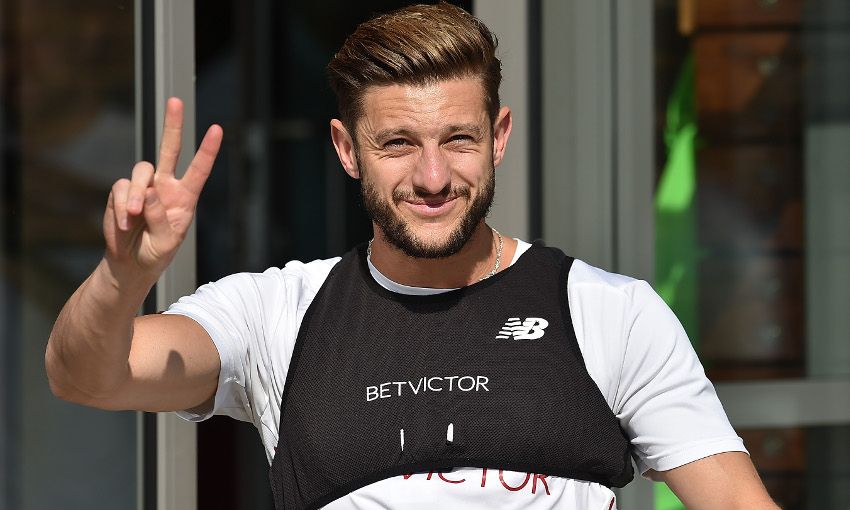 Adam Lallana is desperate to make a contribution to the final two games of what has been a frustrating season on a personal level following his recent return to fitness.

The 30-year-old has made just 13 appearances during an injury-hit 2017-18 but is hopeful of being involved in fixtures with Brighton and Real Madrid that will see a top-four Premier League finish and Champions League glory at stake.

Asked about his prospects, Lallana told Liverpoolfc.com: "I'm getting there. I've been back in training a week or so now, so that's positive that I'm out on the grass.

"We've got two massive games now as a team so [I'll be happy] if I can contribute anything, just a small per cent to the lads bringing home the trophy and the top four."

Lallana was speaking at LFC's 2018 Players' Awards event at Anfield, where he was in attendance to present the Academy Player of the Season gong to Harry Wilson.

And the No.20 waxed lyrical about his Welsh teammate, who has enjoyed a productive loan spell at Hull City since the January transfer window.

"He's hugely talented. Me and Harry have been good mates for a couple of years now and it's been great to see his development," he added.

"The last three or four months, he's gone up another couple of levels, going out to Hull, where I know the manager Nigel Adkins well.

"Speaking to [Nigel] there, he said he's been absolutely brilliant for him.

"For him to get minutes on the pitch, that feeling of what it's like playing Tuesday, Saturday, Tuesday and scoring goals, getting confident.

"It'll be good for him to have a rest after he plays for his country in the summer and come back for pre-season firing."

Lallana also insisted that he never doubted that the 21-year-old, who has scored seven goals in 14 appearances for the Tigers, would succeed in the Championship.

He continued: "Personally, I never had any doubt. I've trained with him, played with him, and when you're professional and you play with players, you just know.

"It was about someone not even taking a gamble, just someone giving him a chance.

"Nigel Adkins did - he's got a good eye for young players, it was the same when he was at Southampton - and there was never any doubt how he was going to perform.

"It's not just that he's a good player, he's a smashing young lad with a great attitude as well."