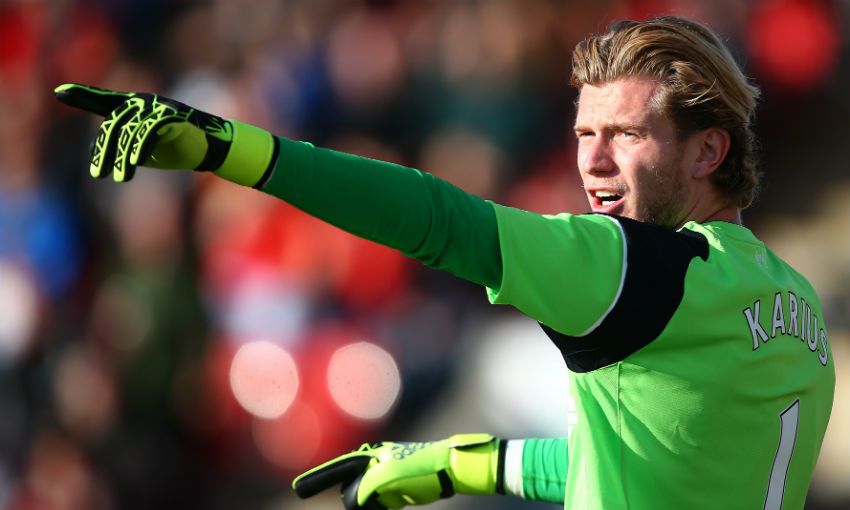 Loris Karius has revealed that a conversation with Jürgen Klopp resulted in his decision to give up the chance to represent Germany at the Olympics.

Germany wanted Karius to be part of their squad for the upcoming Games in Rio, but that would have meant the goalkeeper being unavailable for Liverpool's first two matches of the Premier League campaign.

And, after a chat with Klopp, the 23-year-old opted to put club before country as he bids to establish himself at Anfield following his move from Mainz.

"I spoke with the manager and we said that it didn't make sense for me to go to the Olympics as I would miss the first two league games of the season and of course I want to play in them," Karius explained.

"We agreed together I wouldn't be going. First I spoke with Jürgen and then together we spoke with the German people who wanted me to go. The priority is the club. It's more important that I am available for the start of the season."

Karius - who played 45 minutes in Liverpool's 5-0 friendly win over Fleetwood Town on Wednesday - refused to divulge further information about his discussion with the Reds boss, but he is relishing the challenge ahead.

He added: "What we talked about stays with us. Of course I know a club like this has more competition.

"It's a bigger club and better players means more competition, but I am not scared of anything. If I was, I wouldn't have come here. I have a good feeling.

"I wouldn't come here to sit on the bench. That doesn't make sense. I'm not a 'keeper who hasn't shown his ability. I'm a good goalkeeper and I've shown that a lot.

"I could have stayed at Mainz and played there. If I wasn't sure I could come and play here this season, I wouldn't have done it."

Karius, a former Manchester City trainee, went on to say he is happy to be back in England after nearly five years with Mainz.

"When I left Man City I was still really young and I decided to go somewhere else to get some first-team experience," he continued.

"I took the step to Mainz. I needed to join a smaller club to get my career going as a young player - I did everything right with that move.

Karius is set to make his third appearance for Liverpool in Sunday's pre-season clash with Wigan Athletic and you can watch every kick of every game this summer with LFCTV and LFCTV GO - click here for more details and to join now.