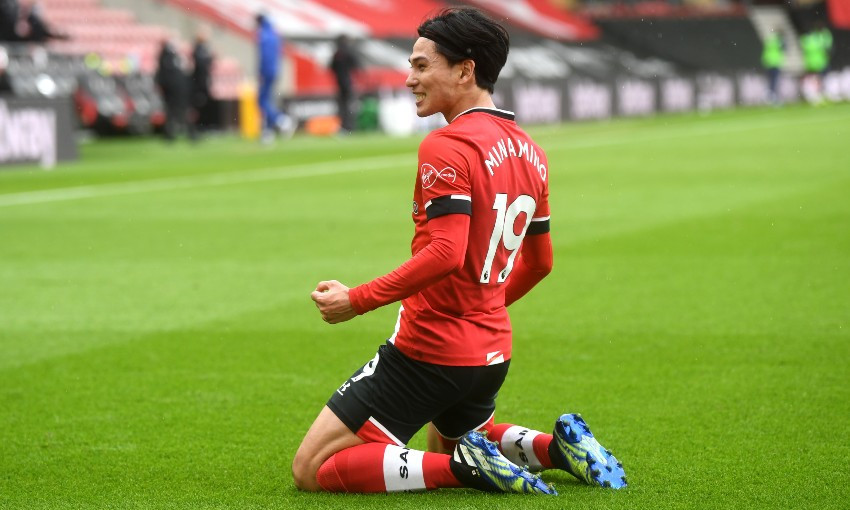 Takumi Minamino scored the second goal of his loan spell at Southampton on Saturday.

The Japan international’s composed finish put the Saints one up in their 1-1 draw with Chelsea at St Mary’s, with boss Ralph Hasenhuttl later describing the strike as ‘typical Taki’.

Liverpool forward Minamino has now netted twice in three Premier League appearances since joining the south-coast club until the end of the season on transfer deadline day.

Takumi Minamino with an ice cool finish! ❄️ Despite all the Chelsea possession, Southampton take the lead at St Ma… https://t.co/RHMWWTIgFG

Harry Wilson registered an assist and Sheyi Ojo came off the bench as the Bluebirds picked up a fifth-straight league win by beating Preston, for whom Sepp van den Berg was an unused substitute, 4-0.

In the Bundesliga, Loris Karius kept a clean sheet to help Union Berlin to a 1-0 success over Freiburg, while two Academy players featured in League One matches.

Liam Millar started Charlton Athletic’s 1-1 draw with Fleetwood Town and Adam Lewis was brought on for the final 15 minutes as Plymouth Argyle played out a goalless stalemate with Rochdale.