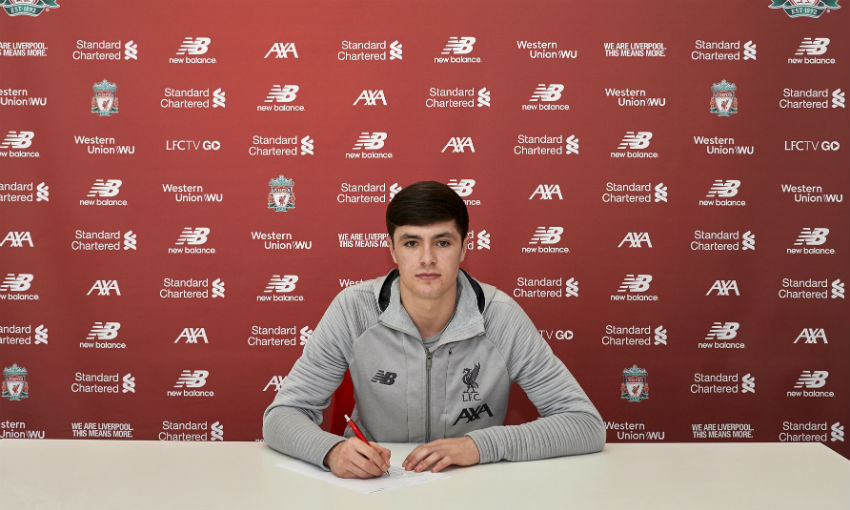 The 17-year-old from Stockbridge Village has been with the Reds since pre-Academy days.

He scored twice in his first start for Barry Lewtas’ U18s in the opening game of the 2019-20 season, and has gone on to impress with his movement and finishing ability.

Stewart would go on to play a significant role for Liverpool’s U19 UEFA Youth League squad, netting vital goals against Napoli and Genk before setting up the winner in Salzburg to secure the team’s spot in the last 16 of the competition.

He would also break into Neil Critchley’s U23s side, playing in the Leasing.com Trophy games against Fleetwood Town and Accrington Stanley, scoring against the latter.

In December, the striker was part of the matchday squad for the Carabao Cup quarter-final away at Aston Villa.

Stewart’s last appearance for the U18s saw him claim a hat-trick against Sunderland in January.