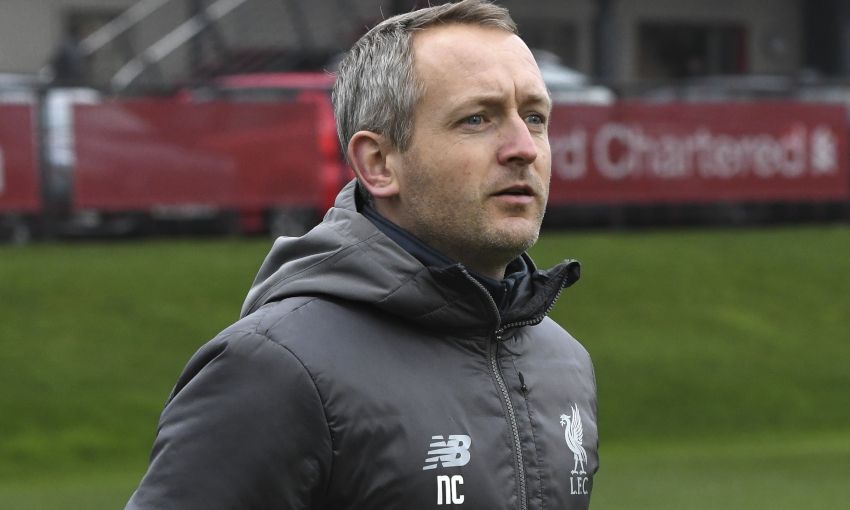 Liverpool U23s played out a goalless draw with Crewe Alexandra in their first pre-season friendly of the summer at the Kirkby Academy on Wednesday.

Neil Critchley gave 16 players valuable minutes as the game was played on a half-hour each way basis.

Herbie Kane and Pedro Chirivella featured for the Reds following their loan spells last season, while Tom Clayton made a welcome return from the injury which saw him sidelined since January.

The lively Abdi Sharif, who recently penned his first professional contract with the club, went close on two occasions in the opening half.

The Scouse midfielder broke into the box following a fine run but could only drag his shot wide of the post.

A fine one-two with Luis Longstaff then presented Sharif with another opportunity but his goalbound effort was superbly blocked by a Crewe defender.

Neco Williams was unfortunate not to break the deadlock when a surging run from the right-back took him into the box, but his strike destined for the top corner was saved.

Another storming run from Sharif then fed Kane just outside the box. The midfielder fed a lovely pass into the path of Isaac Christie-Davies, but the Wales U21 international guided his shot wide.

The away side also hit the bar as the game ended goalless.

Critchley will now take his team on a three-match tour of Scotland, with fixtures against The Spartans FC, Hearts and Celtic arranged.