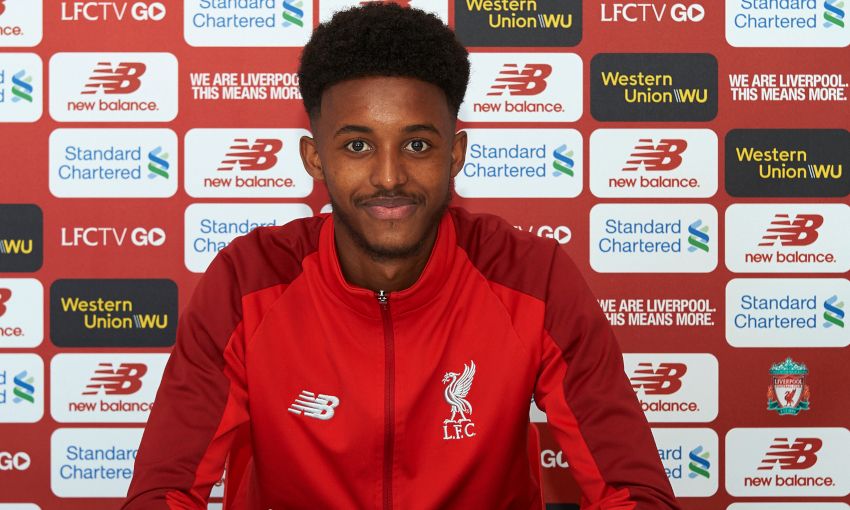 The 18-year-old midfielder has been training with the Reds since the age of six and formally joined the club three years later.

Born in Somalia but raised in Toxteth, Sharif was an important part of Barry Lewtas' U18 side last season.

He started in the FA Youth Cup final and scored a penalty in the shootout, which saw Liverpool lift the trophy for the first time in 12 years.

Sharif made his full U23s debut in January, going on to score his first goal at the level against Chelsea in April.