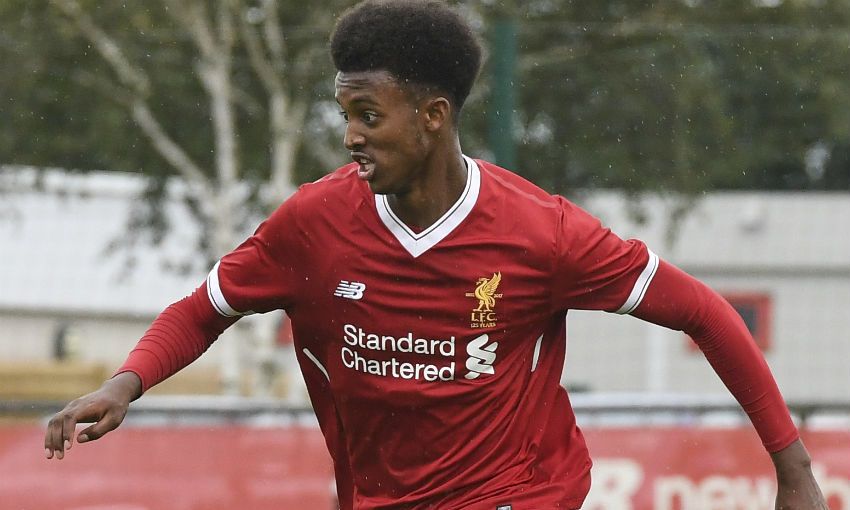 It comes as no surprise to hear Abdi Sharif declare clashes with Everton ‘bigger than everything’ for Liverpool U18s.

After all, the midfielder is a Scouser and a lifelong Red.

However, this weekend’s mini-derby holds a little extra significance for Sharif, due to the identity of two of the players he hopes to line up against at Finch Farm.

“I’m mates with a couple of lads I knew from Liverpool who left and joined Everton - Joe Anderson and [Tom] Scully. They’ll be playing on Saturday,” the 17-year-old informed Liverpoolfc.com at the Academy earlier this week.

“We haven’t had any banter about the game yet, but hopefully we’ll get the three points and then I can text them after!

“It adds a bit more to the game for me personally because I don’t want to be getting no stick afterwards - I’d rather do that to them! Hopefully we’ll turn up for the game and win.” 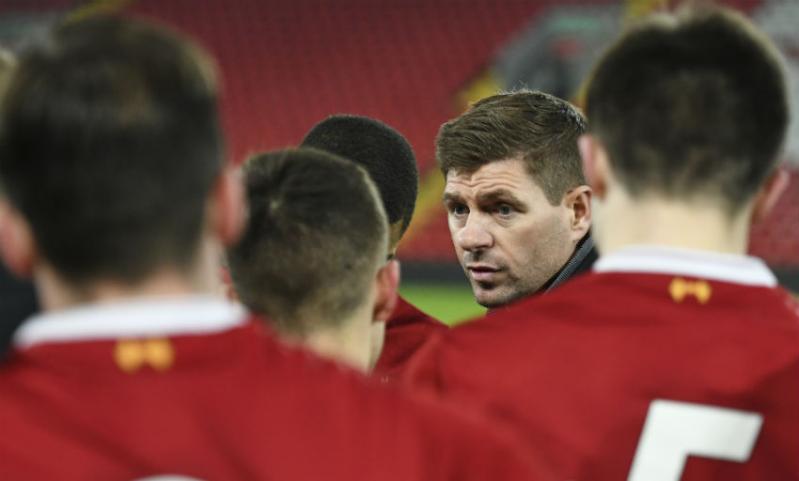 Following a hugely impressive first half of the season that saw them go unbeaten in any competition until January 10, Steven Gerrard’s side have now suffered three consecutive defeats.

The young Reds, though, remain in the thick of the thrilling battle that is unfolding at the top of the U18 Premier League.

Heading into this weekend’s fixtures, Gerrard’s team sit second, four points adrift of leaders Manchester United, upon whom they have a game in hand.

The fact they are above Manchester City and Everton on goal difference alone merely adds more importance to Saturday’s short trip across the city.

And Sharif believes victory over their neighbours would represent the ideal way to banish the disappointment of recent weeks.

“It’s been a tough run of three games,” the versatile teenager admitted.

“Three defeats on the bounce is hard to take, but sometimes that’s football and all you’ve got to do is bounce back and there’s no better chance, no bigger game, to do that in than against Everton.

“It’s a big rivalry and it’s important to get back to winning ways to give us the confidence to finish the season like we want to.

“It’s a big three points at stake. It’s a big game and I think everyone’s got to be up for the challenge. It’s an important three points to get ahead of Everton and also to get higher up the table and to get closer to being top of the league again.”

Having started the game among Gerrard’s substitutes, he was introduced with a little under half an hour left and helped the young Reds claim a come-from-behind 3-1 win.

A similar outcome at the weekend would be perfect for Sharif - albeit the youngster is understandably eager to start this time around.

“I was disappointed I didn’t start but it happens. When I come on, all I want to do is make a difference and give the team some lift. Curt [Curtis Jones] created a bit of magic which got us the goals [and] I think second half we got stuck in and gave everything we had, even though we were a goal down,” he recalled.

“We showed character to get back into the game and win. It shows you everything [about this team] and in the changing room after the game, everyone was buzzing with the win.”

So, what’s the atmosphere among the squad been like this week?

“I think building up to a big game against Everton, it [the build-up] starts in the week. Everyone’s got the feeling of it being a big game, a big three points,” Sharif revealed.

“It’s bigger than everything because it’s not just about the win, it’s about winning against your rivals.

“It can’t get bigger than that and hopefully we’ll get the three points.”

LFC U18s v Everton will be shown live on LFCTV and LFCTV GO (11am GMT kick-off on Saturday). Click here to sign up>>>