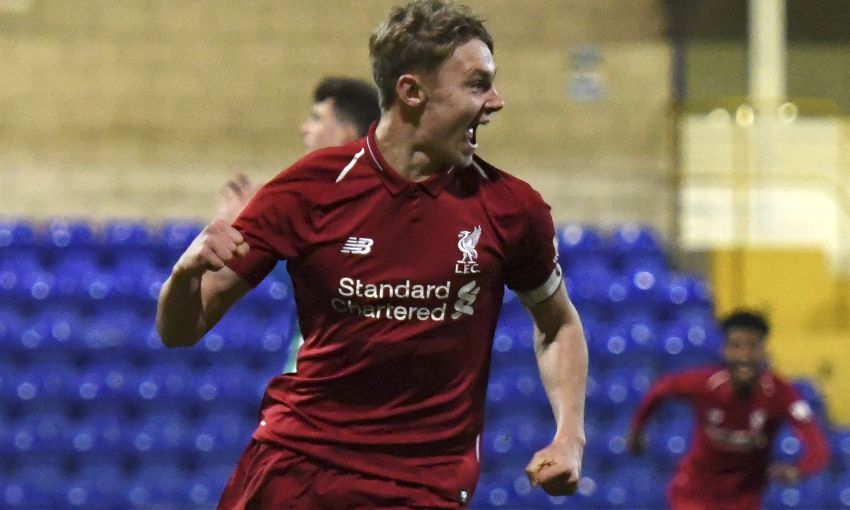 Paul Glatzel has spoken of his pride after putting pen-to-paper on his first professional contract with Liverpool on the day of his 18th birthday.

The forward, who has duel nationality having been born in Liverpool to German parents, signed the deal on Wednesday.

Glatzel was made captain of the U18s this season and has bounced back following two years on the sidelines through injury with an exceptional run of form.

On signing his first pro-deal with the club, Glatzel told Liverpoolfc.com: “I’ve been at the club for a long time and to sign a professional contract means a lot to me, and on my birthday as well made everything special.

“It couldn’t have come at a better time and I’m excited.

“It means everything. I’ve had some tough times with injuries in the past few seasons but I’m back playing again now, so to be back fit and getting the contract means a lot."

Free video: Watch every Glatzel goal so far this season

Glatzel has netted 23 goals for the Academy so far this term. He recently made his U23s debut and fired his maiden effort at that level during the 1-0 win over West Ham United on Monday night in Premier League 2.

Nevertheless, while pleased with his achievements to date, Glatzel is keeping his feet firmly on the ground with his sole focus on doing his best for the team.

He added “At the start of the season my target was just to stay fit and play as many games as I can. I’ve done that, managing to chip in with some goals and assists and help the team.

“I just want to help the team, we just need to keep going and see what we can do and where it takes us.”