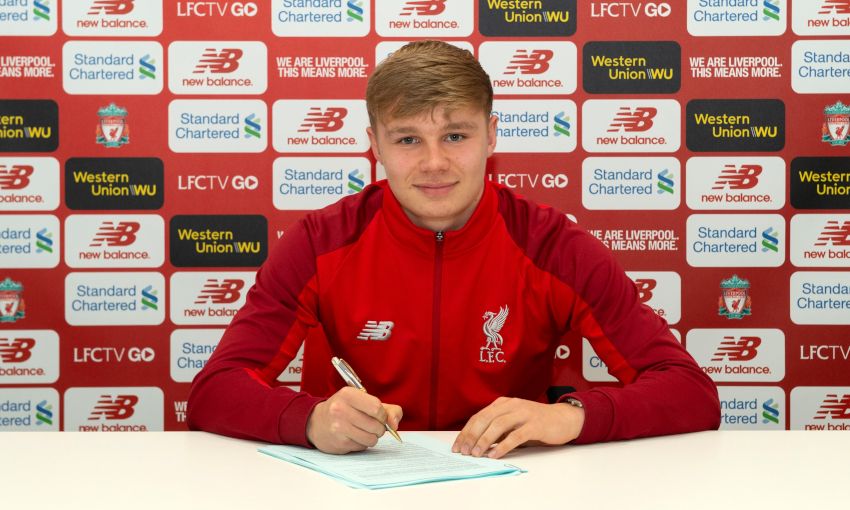 The striker, captain of Barry Lewtas’ U18 side this season, has penned the deal with the Reds in the week he celebrates his 18th birthday.

Glatzel joined the club as an U9 player and has progressed through the ranks at the Academy, scoring his first goal for the U23s - and 23rd overall this season - in Monday night’s win over West Ham United.

Free video: Watch every Glatzel goal so far this season

He has also featured for the Reds’ UEFA Youth League team, who will discover their next opponents in the competition when the last-16 draw takes place on Friday.

Born in Liverpool to German parents, Glatzel has dual nationality and has represented both Germany and England at youth level.