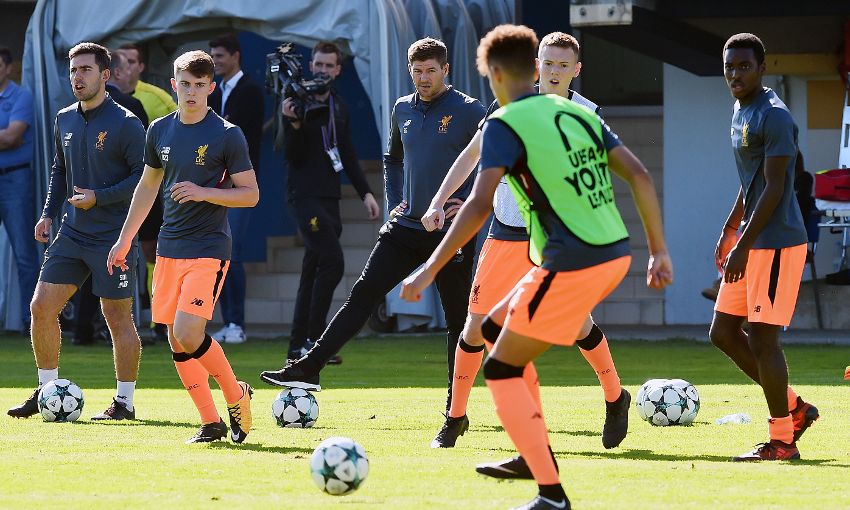 Steven Gerrard admitted he faces a selection headache after his U19 side bounced back to winning ways in the UEFA Youth League with a brilliant 4-1 result against Maribor on Tuesday.

The Reds legend went into the game without several key figures; Rhian Brewster is on World Cup duty with England U17s, Edvard Tagseth was called up by Norway, and Conor Masterson was suspended.

Gerrard solved the issues by switching his system to three at the back, and the decision worked a treat as the visitors came from a goal down to secure victory.

Bobby Adekanye grabbed the opportunity of a starting berth in Slovenia with two goals - while Herbie Kane and Liam Millar were also on the mark.

The performance delighted Gerrard, particularly given that it came in response to the 2-1 defeat by Spartak Moscow last time out in the tournament.

“This was a difficult game and the pitch was very dry and a bit bobbly, but we had a game plan and the players have carried it out magnificently well.

“Maribor had their moments during the game but on the whole we controlled the majority of the game.

“What this game has done today is given players an opportunity. Bobby came in and did excellently well and got a couple of goals.

“The players that were missing today, the likes of Conor Masterson, Rhian Brewster and Edvard Tagseth, are going to find it hard to get back in because you can’t give players opportunities like that, give them the shirt and they perform to their maximum and then take it off them.

“I’ve got a lot of [selection] headaches on my hands now but it’s a good problem.” 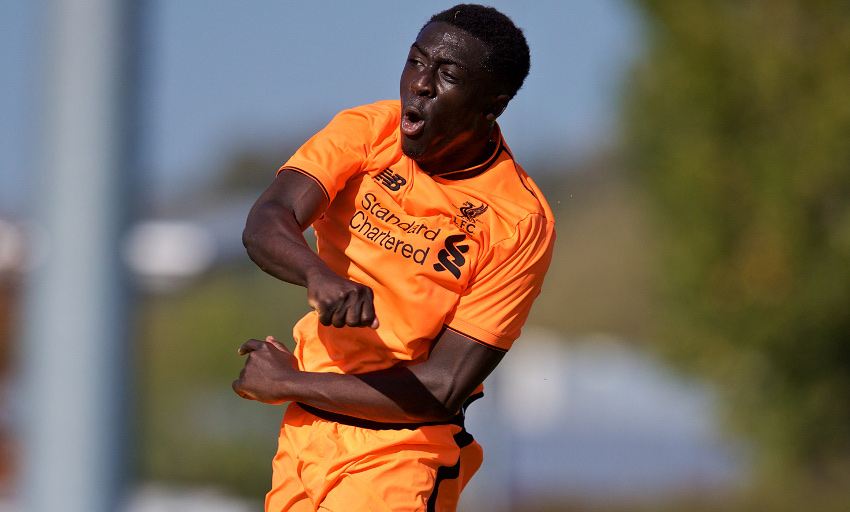 Gerrard also reserved words of praise for goalkeeper Kamil Grabara, who recovered from the mistake which led to the Maribor opener and saved a penalty in the second half.

He added: “I want to know if these players have got character and got guts.

“Their goal came from nowhere against the run of play and it came from a mistake from our goalkeeper.

“As a goalkeeper, when you make a mistake the only thing you can do is make up for it, and he certainly did that in the second half and he made a couple of world-class stops and an excellent penalty save.

“They asked us a question going 1-0 up but we found the answers and we found them emphatically.”

There was another special mention from the manager, too - to the travelling supporters that cheered on the U19s ahead of the first-team game later in the evening.

“We are part of one of the biggest clubs in the world so it’s no surprise the fans come out and support the lads,” said Gerrard.

“I thought the support we had in Spartak and here in Maribor just goes to show how big a club we are and how lucky we are to have that support behind us.

“It certainly helps the boys having fans on your side rather than against you, so the players will love that and this is a fantastic experience for them.”