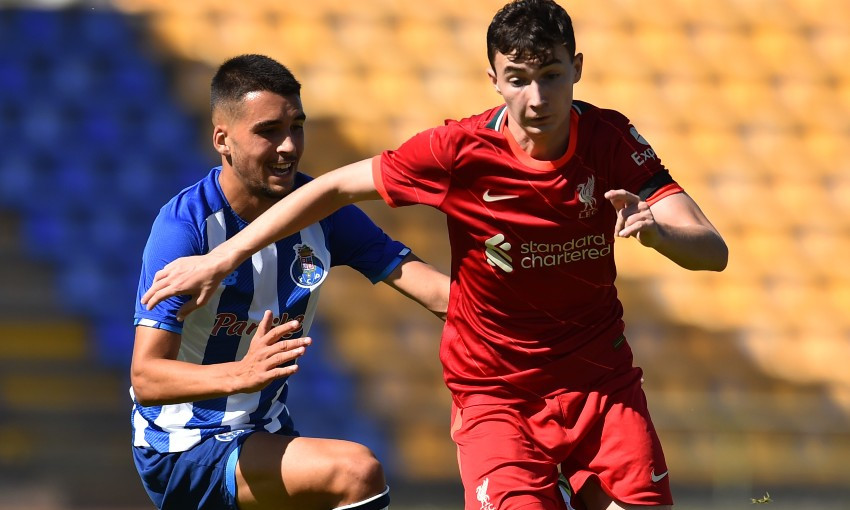 Liverpool U19s and FC Porto played out a close-fought 1-1 draw in the UEFA Youth League on Tuesday afternoon.

The result leaves Liverpool and Porto joint top of Group B on four points after two matches, with Atletico Madrid and AC Milan back on one point apiece following their draw in Italy earlier in the day. 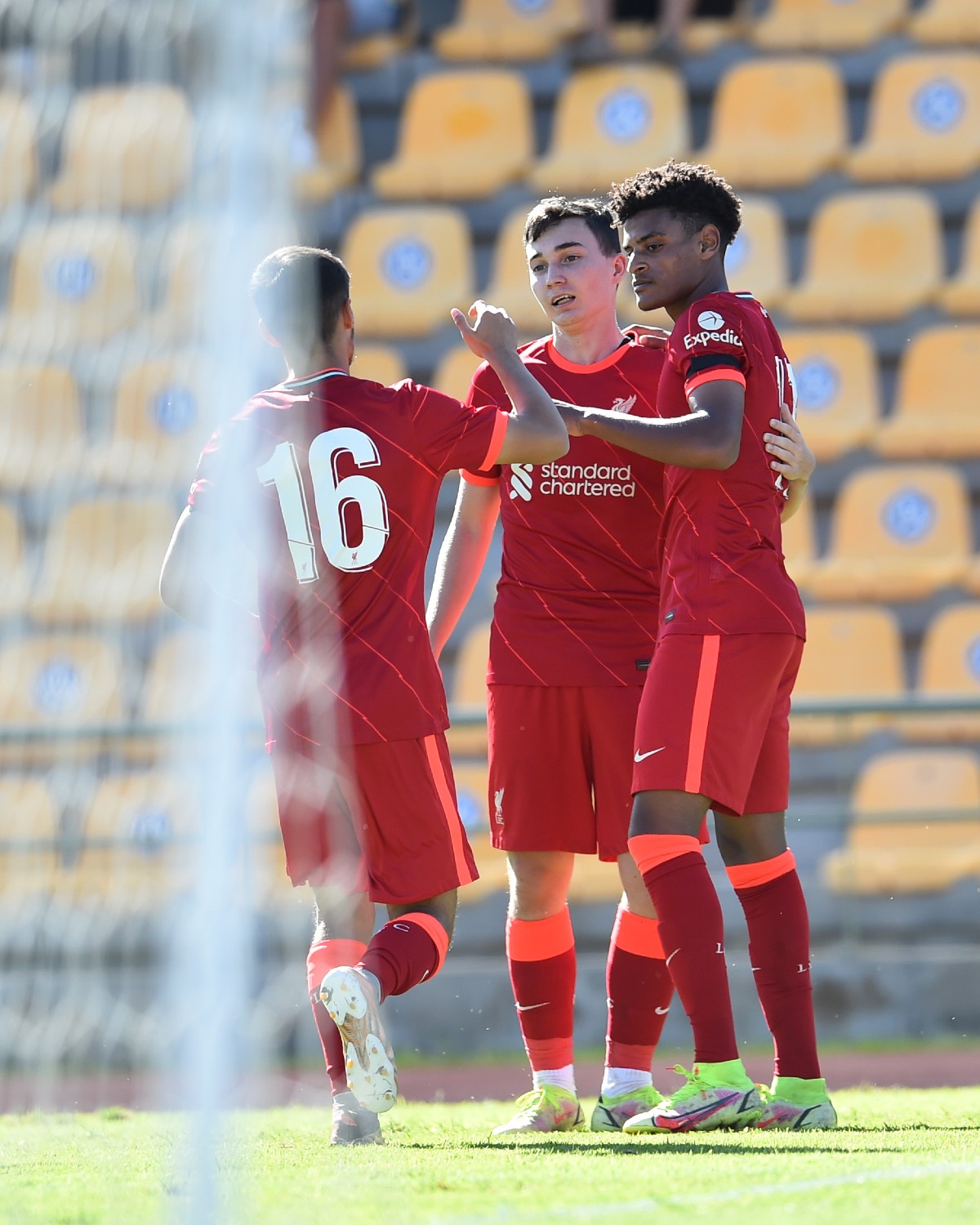 Both teams served early warnings of their attacking quality as Benicio Baker-Boaitey and Mateusz Musialowski traded attempts on goal.

Alert covering from Owen Beck enabled him to get in the way of Baker-Boaitey’s shot following a powerful run by Porto left-back Rodrigo Pinheiro, before Musialowski’s low strike was blocked after he’d collected an angled pass by Kaide Gordon.

An entertaining, end-to-end first half was well and truly under way and it was Liverpool who created the better attacking moments once Harvey Davies had stood tall to thwart Umaro Cande after the winger had sped his way deep into the Reds’ penalty area.

Gordon was roaming and proving a menace to Porto. Another weighted pass by the 16-year-old - this time from a central position - freed James Balagizi inside the box, but his effort went wide.

Then, a well-executed high press saw the young Reds win the ball back and Musialowski directed a stinging drive on target from 20 yards, which Ivan Cardoso palmed away.

But the hosts remained a threat and spurned a good chance to take the lead in first-half stoppage time when Cande blazed Jorge Monteiro Meireles’ lay-off over. 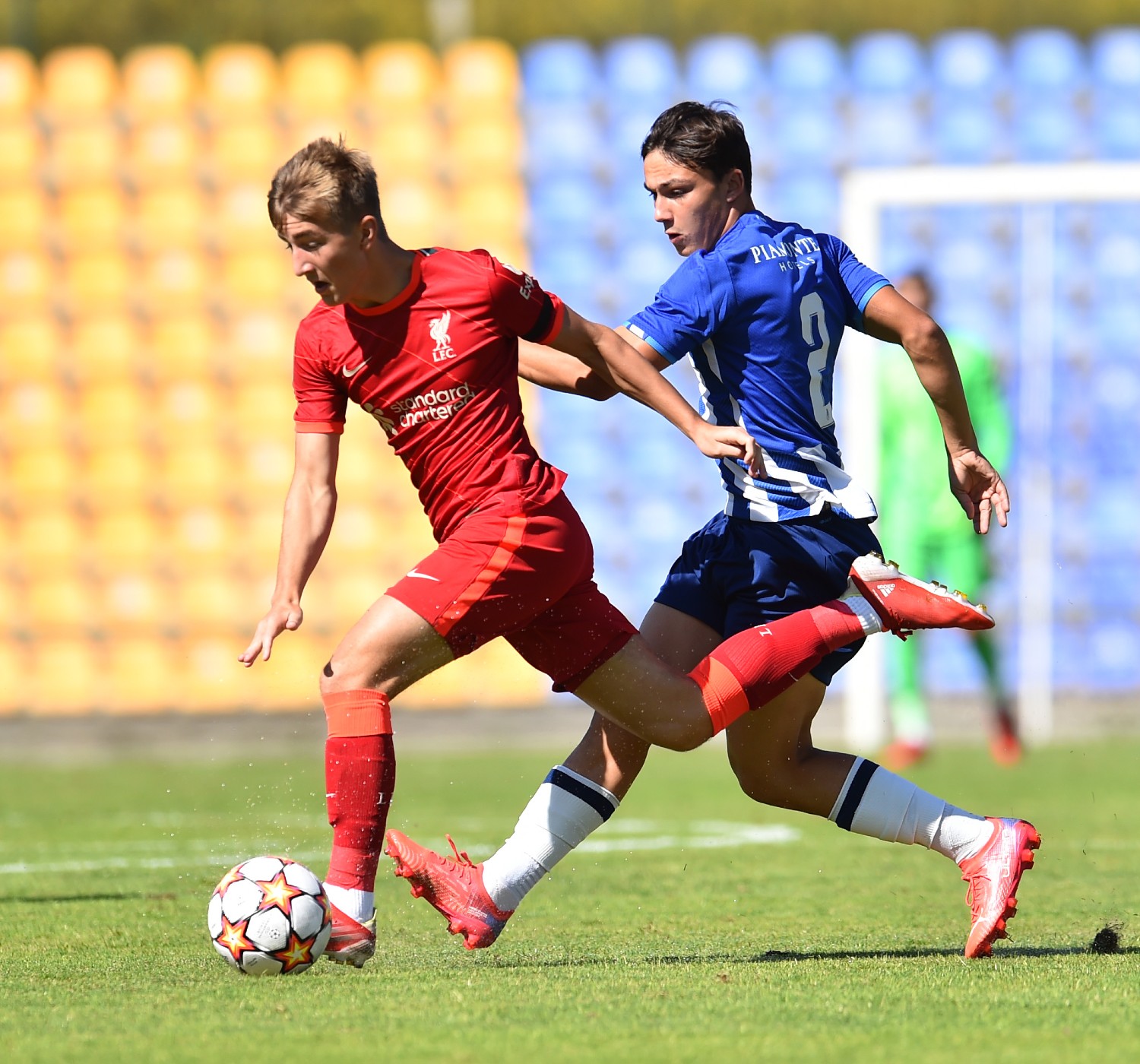 That would prove to be sign of things to come for Liverpool, with Porto beginning the second period in the ascendancy.

Frauendorf - who replaced Gordon at the break - was frustrated by a last-ditch tackle on the hour following a surge forward by Beck and Musialowski’s neat dummy, but Porto gradually cranked up the pressure and it eventually told as Abreu’s accurate low hit from distance gave them the lead.

Marc Bridge-Wilkinson sought to freshen his side up by introducing Oakley Cannonier and James Norris and they were back on terms a matter of minutes later.

A terrific pass from deep by captain Tyler Morton found Frauendorf’s out-to-in run and the Germany U18 international produced a cool finish to beat Cardoso and claim a point.