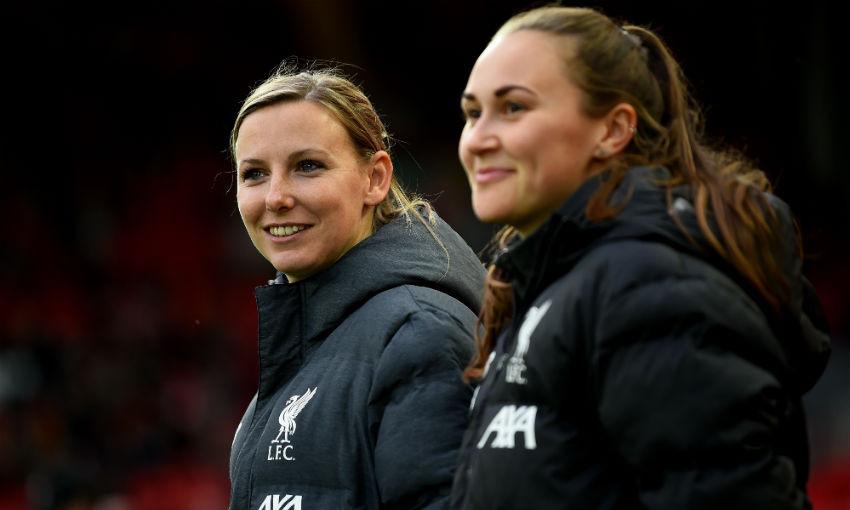 Liverpool FC Women manager Vicky Jepson and her entire backroom staff are taking on the ‘100k in May’ challenge.

The Reds boss is setting out to run more than 100 kilometres this month and another eight members of her team will be joining her – either running, walking or cycling and adhering to social distancing measures as they go.

The effort is to support the work of the Darby Rimmer MND Foundation set up by former LFC Academy graduate Stephen Darby and his close friend and forces veteran Chris Rimmer.

After coming through the ranks at the Kirkby Academy and winning two FA Youth Cups, Darby made six first-team appearances for Liverpool before departing in 2012 to spend the majority of his senior career at Bradford City.

Married to England Women captain Steph Houghton, Darby was still playing at Bolton Wanderers when he was forced to retire from football in 2018 after being diagnosed with motor neurone disease.

His foundation aims to raise awareness of the disease, support sufferers and their families and fund vital research into treatment and a possible cure.

Jepson said: “Stephen has a fantastic history with LFC and I know everyone in our Reds family will want to support him.

“It’s also been incredible to see the support from everyone in the women’s game for our England captain, Steph Houghton.

“This is a fantastic cause and we really want to do our bit.”

Jürgen Klopp and the LFC first team showed their support by playing a special pre-season match at Bradford last July in front of a sell-out crowd of more than 24,000, while players and staff from the LFC Academy have been involved in several fundraisers including climbing Snowdon last year.

You can make a donation by clicking here.

'We can't wait to see our fans, we've missed them so much'