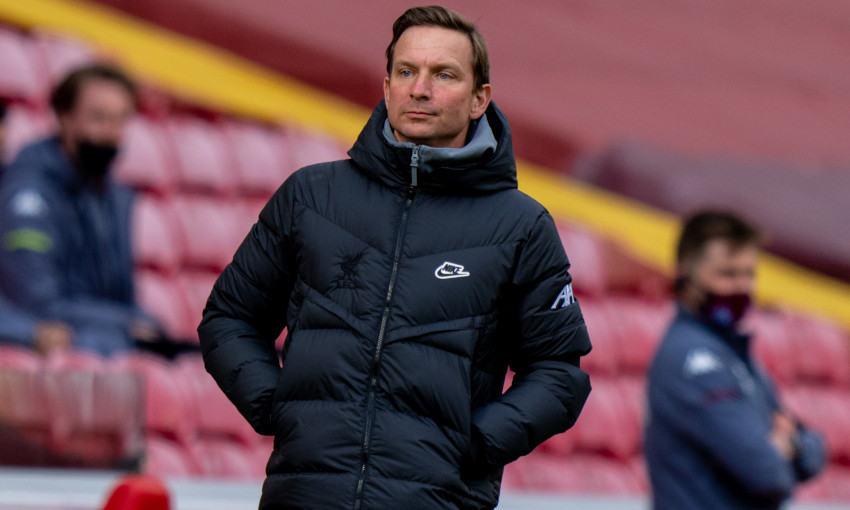 Pepijn Lijnders has acclaimed the courage of Liverpool's players as they produced a remarkable end-of-season run to clinch a third-placed finish in the Premier League on Sunday.

Culminating in the 2-0 victory over Crystal Palace, the Reds won eight and drew two of their final 10 matches in the top flight to ascend the table and seal a return to Champions League football next term.

They did so against all odds, battling through a raft of injuries to senior players throughout the campaign – and Lijnders is proud of what was achieved.

“If you’d asked us on the first day of the season, the answer would be of course not, but if you ask me now it feels we became a champion with the way we finished the season,” the assistant manager told Liverpoolfc.com.

“The reason for that is because the pressure we had in the last 10 games was immense, but we showed a champions’ heart and character. And the conclusion? Our journey is not ending.

“This season was frighteningly intense, physically but especially emotionally. Setbacks came, but they never won. The boys kept working so hard in training and in the long term you will win with this - and that’s what happened.

“We were not perfect, but we were in our best way possible. With this we found consistency, with this we found a team again - a team who developed courage. Over the last weeks the boys created the mentality to see the next game as a final, just like in our good days. That’s the thing I’m most proud of, the courage we played with.

“Now we can look forward, we deserve to be in the Champions League, we earned this right. We just have to believe how good we are and believe that with a full Anfield we can be on fire in the Premier League again next season.

“The off time will be important; it really feels as if we had two seasons just non-stop, so we will give everyone maximum time off to regain freshness. ‘All work and no play makes Jack a dull boy’ is how they say it in English, I think!

“Some big players are working hard and coming back. They will come with leadership and with dedication. I can’t wait for that - and I’m not the only one.

“But over the season, we learned that we shouldn’t worry too much about things we just can’t control. The only thing what is important is the next game. It’s one of the simplest principles in football, but one of the best ones. Especially when you live this principle.

“How we prepare, our answer is - and will always be - the training, the training ground, pre-season, our way of football. Focus on the process. This is what Jürgen created and should be respected by everyone. And when things get tough, back ourselves, back our players.

“Shankly said it like this: playing football at the highest level isn’t pressure, it’s the reward. And we showed exactly that in these last decisive games.”