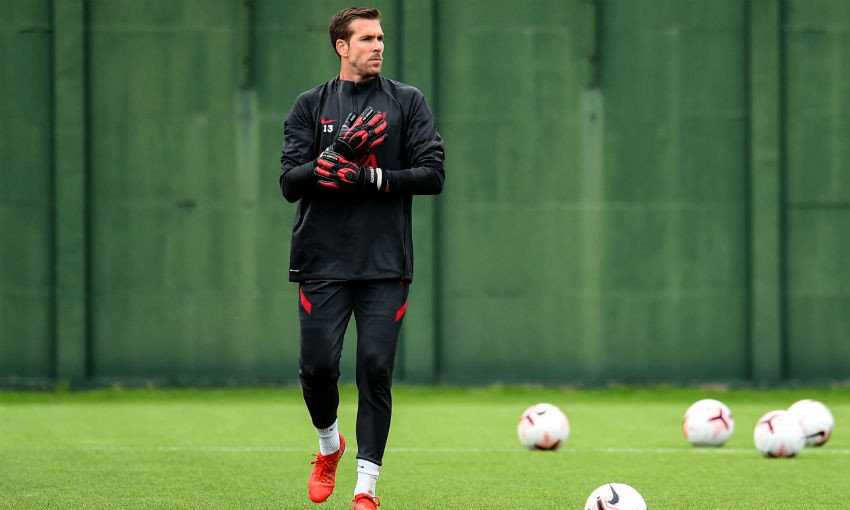 Liverpool's no-excuse culture and strength in depth will allow them to successfully navigate a packed calendar, Adrian believes.

The Reds turn their attention back to Premier League matters now after kicking off their Champions League campaign with a 1-0 win at AFC Ajax in midweek.

There's no let-up in the fixture schedule with Sheffield United arriving at Anfield this evening, though Adrian insists Jürgen Klopp's side will recover in time as they search for another set of three points.

Read on for our pre-match chat with the goalkeeper at Melwood...

I love my job... Specially when a minute after this... WE SCORE! 😉 Very proud of my team, and very important 3 poin… https://t.co/3mCiycKTtD

Adrian, a quick turnaround for you and the lads after the Ajax game, but how are you all feeling?

Can you explain to us the process of trying to recover and be in the best shape possible when the games are in such quick succession?

You're just trying to recover legs, do some treatment, light training, rest, sleep well, eat well – these kind of things to make us ready for the next game. We know the schedule for the next two weeks is going to be like this, playing every three or four days. So everybody is going to have to be ready for everything because we're going to need all the players.

I'm sure it'll be a message from the manager, too, but once you go across that white line, there are no excuses from you and the lads...

For sure, there are no excuses. We are not machines obviously, we are human beings and people get tired. But it's more mentally than physically because if you have a few days to recover your legs, you have to be ready as a professional football player to face a new challenge. We have a big challenge again.

It was a really important win, massive win for us, keeping a clean sheet that we needed in that moment after a few games that we didn't get a clean sheet. Maybe it was not the best football game that we played against Ajax, but we won and it was the first three points in our new campaign in the Champions League and we start in the best way.

Obviously Fabinho took the plaudits from that game. To you, does it feel like he's played the centre-half position all his career?

I was expecting that performance from Fabi. He's a top player, top players adapt to the position. It's not a new thing for him because he played before in that position last season, even at Monaco [he] played a few times in that position. He has enough quality to play there. We have other players in that position that can do this in different occasions. The young players are doing really well in training as well. I think we are well covered to face the next few games.

Touching on another teammate, Diogo Jota really did well when he came on against Ajax, like all of his other appearances. How impressed have you been since he arrived?

He's impressive, he's doing really well. From the first moment he came into the team, he's showing the quality, the pace that he has, the intensity, the dribbling, shooting. He's a hard worker and it's a good compliment to our players. I think he showed in the last few games that he played, he's in a great level. So he's going to help us a lot.

Sheffield United haven't started this season as well as they'd have liked, sitting in the relegation zone currently, but that's not going to have any impact on Liverpool's preparation or attitude for the game, is it?

It's going to be tough. It's a hard team, they defend really well, tight, compact and a bit deep sometimes. They are quick, they are using a lot at set-pieces, they have pace and intensity. So I think it's going to be an intense game. We have to back our way, [give] the best Liverpool FC performance again and show that we overcome those difficult situations that are around us and keep getting points. Our fight, our target is the same: for that Premier League again.