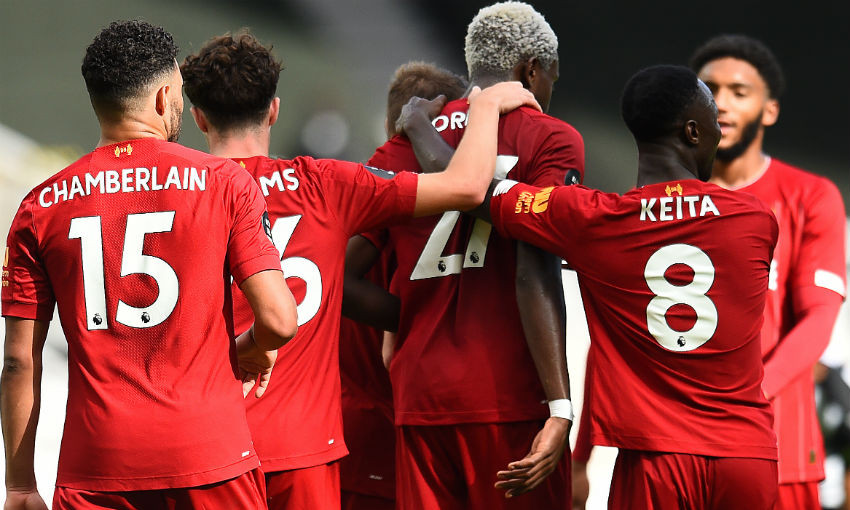 Divock Origi believes Liverpool’s ‘beautiful’ title-winning season has not yet fully sunk in and will only become more enjoyable as time passes.

The Premier League champions registered a 32nd win of the campaign with a 3-1 victory versus Newcastle United, setting a club-record points tally of 99 in the process.

Origi was on the scoresheet for the second successive season at St. James’ Park and paid tribute to a ‘special’ year as the Reds signed off 2019-20 in style.

“It’s beautiful. I think it’s something that, with time, we will be able to enjoy more and more,” the Belgian told Liverpoolfc.com.

“It has been a very special season and things like this are so big that it needs time to digest. We celebrated it well, we’re excited to be able to be with the fans, seeing them and being able to celebrate it together. Now, I think we can go on vacation with a perfect feeling.”

Liverpool fell behind after just 26 seconds on Sunday, but battled back with goals from Virgil van Dijk, Origi and Sadio Mane.

Jürgen Klopp’s side’s ability to respond to setbacks was on show for all to see once again; a characteristic that has proved invaluable in bringing a 30-year wait for the title to an end.

“Exactly, that’s the thing. I think the start wasn’t perfect but after that we made sure that the mentality was right, that we played our game and we said, ‘patience’ - just keep moving the ball, keep looking for the spaces,” reflected Origi.

“We played against a good team defensively with a lot of courage and who also came with a big heart. But eventually we just worked hard and managed to score those three goals and they massively helped, of course.

“We train those situations in training; we speak about it and we try to take care of that. Again, for us, experience-wise it’s good to be able to encounter situations like these so that we can take them forward for in the future.”

Watch Origi's goal from every angle

It was the No.27 who put the champions ahead in the contest courtesy of an emphatic strike in the 59th minute, with Mane’s curler then sealing all three points late on.

“I just enjoy it. It was also the end of the season last year [his last goal at St. James’ Park]. Last year was obviously a bit different, the scenario, but it makes it special. It’s a beautiful stadium and being able to play here and score is amazing.

“Whenever I come on, I just give everything. As a striker, you enjoy scoring and assisting but eventually, as a team, you can see that we all work for each other.

“Some boys sometimes don’t score for a while and then they score many goals. Eventually, the team tries to keep winning and we had a lot of wins this year and a lot of joy.”