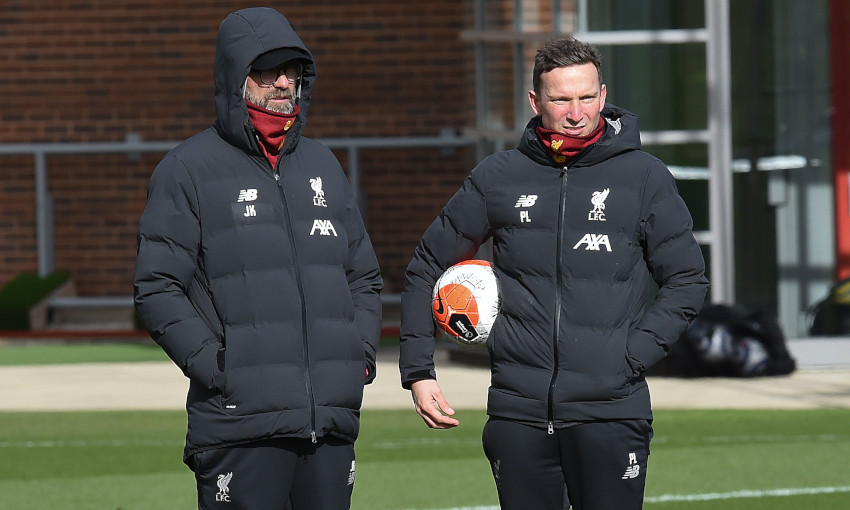 Two days on from an intense 3-2 victory over West Ham United at Anfield – achieved after falling behind early in the second half – physical recovery was subtly mixed with initial planning for the trip to Vicarage Road.

Subtle enough, assistant manager Pepijn Lijnders believes, that the players would be unaware the session was designed to not only replenish their condition but train their mind and body for the next challenge awaiting them.

“Today’s session was really about us, what makes us strong,” Lijnders told Liverpoolfc.com during a chat on Wednesday afternoon. “It’s three days before a game so we really focus on what gives us stability.

“One thing is, of course, counter-pressing but also playing a really quick, fluid passing game. Prepare direction with a good protection. That’s today.

“If you talk about detail in terms of the opposition, because of the many games, the day before the game is really, ‘OK, how do we set up strategically? How are we really going to press them?’

“But there are already small messages before on the minus two and minus three [days] that influences the game, but players don’t know these messages [are being delivered] – the exercises [are designed to give them information].”

The message coming from the dressing room and the manager throughout Liverpool’s unprecedented accumulation of 79 points from 27 league fixtures this season is their focus on one game at a time.

Lijnders – now in his second spell as part of Jürgen Klopp’s trusted coaching team – likes to take an even more granular view of the situation.

“This group and management has the character to only focus on the process, not about the win,” explained the Dutchman.

“Everybody says we go game by game by game, we focus only on this and only on that, but it’s even more. We go session by session.

“Today is all about second-day recovery for a few guys, so the focus is really to recover in different ways on the pitch – by playing short, fluid combination play to make the body move, to help the recovery process accelerate.

“Balls through the air because we know the last opponent and the next opponent is a lot of second-ball play, so we need to be good to read where the ball is coming, have the technique to control. That’s already in the second-day recovery, for the next game as well.

“We recover in a specific way – in our way, but also what the opposition ask for. The better we press, the more long balls will come, so the better our second-ball game has to be.

“I really believe that the better you defend, the easier it is to attack. The last game, we didn’t attack – or we were not protected in the way we should be protected – so we didn’t attack in the right way and that’s why we had to run back and stop these counters much deeper than we are normally used to. The better we attack, the easier it is to defend. It’s really related to each other.

“That is of course satisfying and that’s how it should be. But it only comes because we focus each day on the process; we win but it’s a logical result of planning and preparation.”

There are limits to planning and preparation, of course.

Come kick-off on matchday, the opposition could have drastically changed formation, tactics or personnel. They could have found a way to stifle the methods deployed by Klopp and his staff.

The earliest stages of a match are therefore a crucial period for those in the dugout, an opportunity to amend elements of the team’s approach where necessary.

“One thing we always want to do is implement our game against who we play, wherever we play – away, home, Barcelona or Tranmere, it doesn’t matter,” stated Lijnders.

“We want to put our game into place, show our hunger, show our passion, and we want to have the ball. These things don’t change but there are a lot of details around, of course, in the preparation towards the game.

“What is important to understand? Where come the free spaces? How do they adapt to our full-backs? Can we step? Do we need to switch? All these small things.

“That’s what I like about our team, because they are independent – many times they solved problems already before they are cured.” 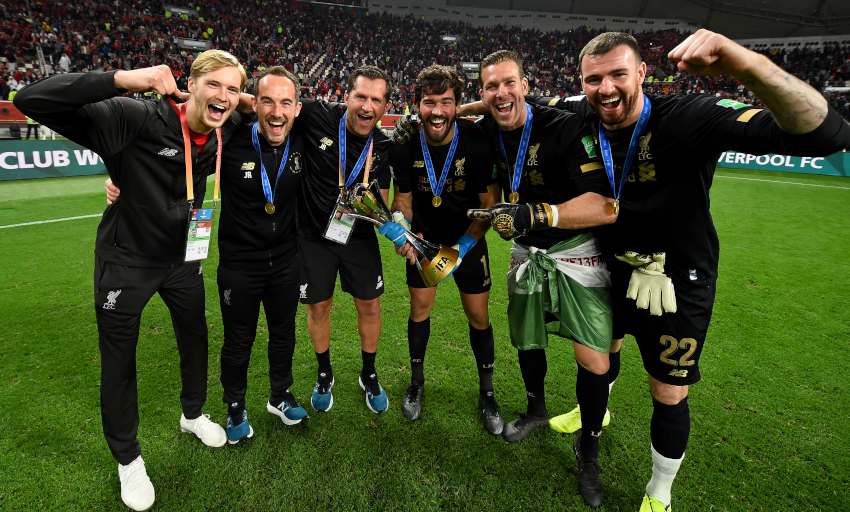 Liverpool’s ability to find a way to win this season has underpinned their building of a 22-point lead at the Premier League summit.

It was a trait they required again on Monday night as West Ham threatened to end an unbeaten run in league football that now stands at 44 games.

The 3-2 result, secured through Sadio Mane’s 81st-minute winner at Anfield, was their 13th victory by a single-goal margin in the league this term.

“You see a lot of teams change their set-up, they try to destroy, or set up to destroy, our way of playing,” said Lijnders. “So we need players and a team that can constantly adapt to destroy what they are trying to destroy. That’s good.

“Inside our way, inside our organisation – the principles – the players are constantly able, in a spontaneous way, to solve these problems they [the opponents] give us. And they can always fall back on the foundation, our way. That’s really satisfying, probably more satisfying than a win or than a beautiful type of play.

“Our way is really theirs, it comes from the heart and that’s only possible with happiness and freedom. You see that in the players. I always believe that [with] a happy team and happy players, the team wins more.” 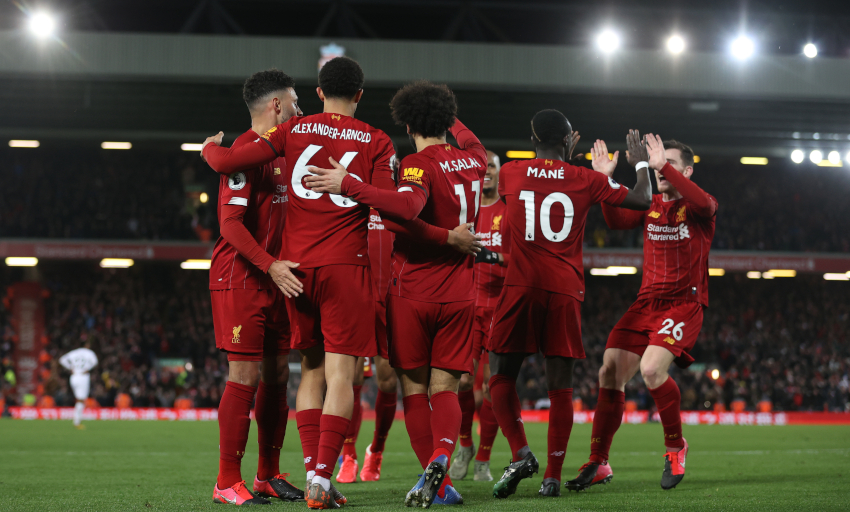 Jordan Henderson has acknowledged that his repetition in post-match interviews that Liverpool are taking nothing for granted in their quest to clinch the championship can be ‘boring’.

But it’s a commitment that has worked.

And the captain’s words, echoed by his teammates, are far from hollow.

“It reveals their character,” said Lijnders. “It says so much about them because they don’t [just] say these things. One thing is saying what you’re doing, the other is doing it when nobody is watching. It reveals how they are.

“The moments in training I think, ‘OK, the concentration or tempo or body language changes’ and I want to shout – I already hear Millie, or I already hear Virgil and for sure Henderson or Adam. This makes a team, this passion of the boys and how they deal with the situation.

“Don’t forget, we came real far. Losing a Champions League final, having a season last year like we did, missing the Premier League with one point.

“Big respect [for] how they handle it. It reveals a lot, who we really are. One thing is to reach a certain level, the other thing is being on this level and still wanting to make the next step. That’s quality. That’s the difference between a good team and a top team.

“There are so many teams who make these steps but then, can you make [more]? That’s what I like, that we are keeping our best players and adding from the Academy, because they have it from the stomach, and the heart of course.