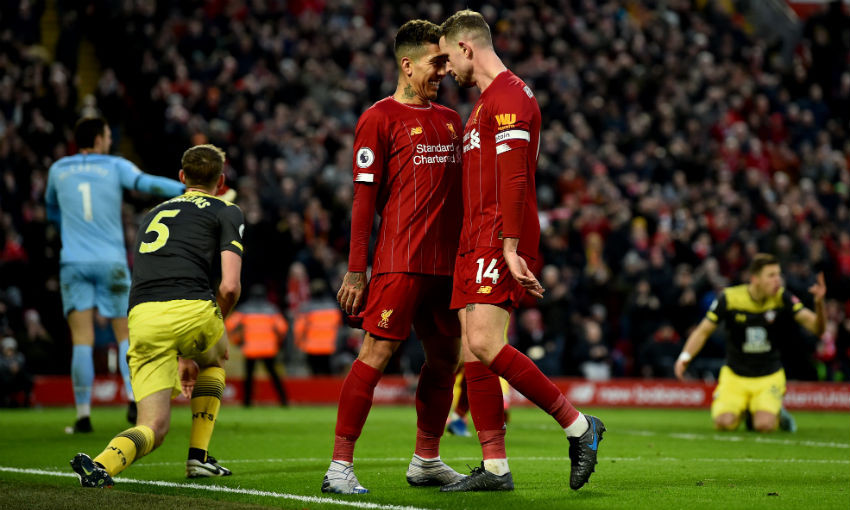 Liverpool marched on at the top of the Premier League with a clinical 4-0 win over Southampton on Saturday.

Here are five talking points on the Reds’ latest victory…

“I have never seen it, to be honest.”

That was how Jürgen Klopp began his response to a post-match query on whether he has ever witnessed such incredible consistency from a team before.

And the stats are, quite frankly, mind-blowing:

“We are not perfect, not even close to being perfect,” Klopp stated.

But those numbers are, by any measure, phenomenal.

Henderson’s contribution to the facts and figures above has been nothing short of immense.

The captain delivered once again on Saturday, with yet another all-action, high-class performance being crowned by a smart Kop-end finish that made it 2-0 to Liverpool.

It was Henderson’s beautifully weighted pass that sprang Salah free to dink in the Reds’ third, too, as he readjusted seamlessly to the ‘No.8’ role while Fabinho slotted back in at the base of the midfield.

Already, the skipper has posted his most productive Premier League season under Klopp in terms of goals (three) and assists (four).

But so much of what he brings cannot be easily quantified: unyielding drive, steadfast focus, selfless leadership.

Unquantifiable qualities, perhaps, but by no means are they unappreciated - a fact underlined by Anfield’s home contingent standing as one to acclaim Henderson when he was substituted with a couple of minutes remaining.

Roberto Firmino may not have scored himself, but the No.9’s influence was stamped all over this game.

Firmino directly created three of the Reds’ four goals, with the first two of those assists particularly majestic in their imagination and execution.

One beneficiary of his brilliance, Oxlade-Chamberlain, told us afterwards: “It becomes a little bit normal when you play with that guy.

“That’s the way he plays and he does those magnificent things all the time. I love him, I absolutely love him. He’s such a joy to play with and to feed off.

“He’s always looking for others, he works for the team and his skills speak for themselves. He’s a top man and we all love him.”

Firmino, named Man of the Match in recognition of an irrepressible display, has now assisted 51 goals in 228 appearances for Liverpool - at least 12 more than any other player for the club since he joined in 2015.

Another clean sheet for #AB1 and the Reds 👌🔴 https://t.co/5GWfK1yaHJ

Understandably after a 4-0 win, much of the post-match discourse was centred around Liverpool’s attacking prowess.

But Alisson Becker’s importance in the collection of another three points cannot be overstated, with the No.1 indomitable once again - and eye-catchingly so in an evenly-matched first half during which Southampton created several presentable chances.

The Brazilian goalkeeper has conceded just once in his last 10 Premier League appearances, and nine clean sheets during that time have seen him surge up the division’s Golden Glove rankings.

He is now joint-top with Sheffield United’s Dean Henderson as he bids to retain the trophy he won last term, despite missing seven games through injury and one due to suspension.

“Southampton had absolutely too many shots and finishes, but what Ali is doing with these finishes, I have no clue how he is doing it,” Klopp surmised.

“It looks always at the end like it was not a good finish, but I think the finishes were pretty good, just Ali was there. That is really special.” 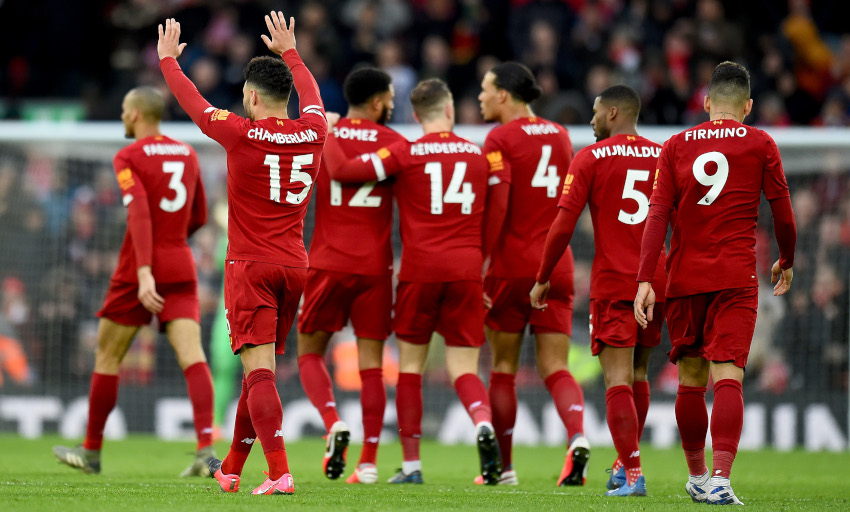 ‘That’s what makes Liverpool unbeatable at the moment’

Ralph Hasenhuttl cited Liverpool’s unwillingness to countenance complacency as the primary factor behind their relentless run of results.

During an insightful post-match press conference, Southampton’s boss explained: “The first goal made all the difference. If we score it, maybe it’s a completely different second half.

“But you could see they got a lift from it and they were strong. Their performance shows how strong they are - they had played on Wednesday evening.

“There’s not a moment where you think they are underestimating you and that’s what makes this team unbeatable at the moment.”