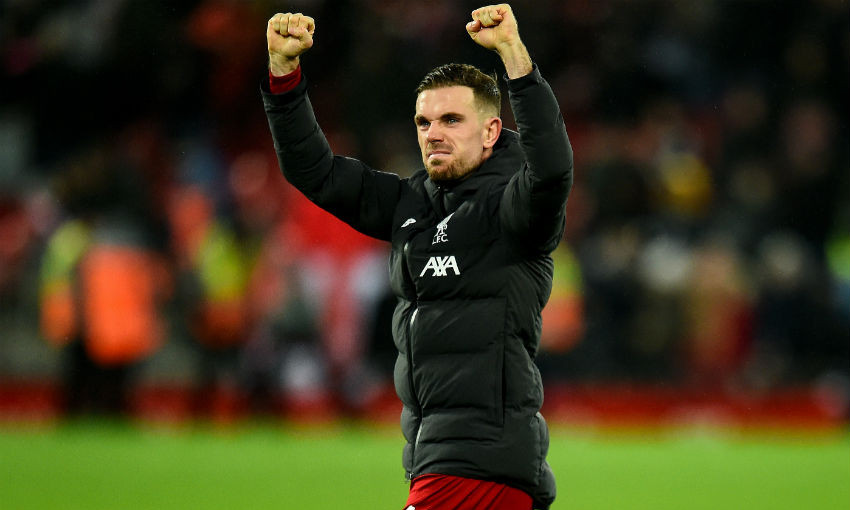 Jordan Henderson was quick to bat away the attention coming his way for his excellent form, insisting Liverpool's cause is far more important.

The captain was on the scoresheet in Saturday's 4-0 victory over Southampton when he calmly finished in front of the Kop to add the Reds' second of the afternoon.

The No.14, who also provided the assist for Mohamed Salah's first goal, was given a standing ovation from Anfield as he was replaced by Adam Lallana for the final few minutes.

However, he was quick to deflect the post-match praise onto his teammates.

"I'm enjoying this season, we've put in some really good performances," Henderson told Liverpoolfc.com. "Everybody is enjoying their football but it's also about the work ethic and giving everything for each other – and that's the most important thing to me.

"Just give everything you can for your teammates, which we have been doing. If you do that then you get your rewards at the end.

"For us, we just need to continue that, give everything we can right until the end of the season and then see where we are.

"It's always nice to get a goal, especially at Anfield of course. But the most important thing was the three points of course.

"The goals are important obviously and we scored some really good goals in the second half.

"Delighted with performance in the end, especially in the second half. Some really good goals and we've got to be delighted with the three points."

Henderson was put in a position to score by a fine cut-back from Roberto Firmino after he evaded the offside trap when Trent Alexander-Arnold punted the ball up the field. 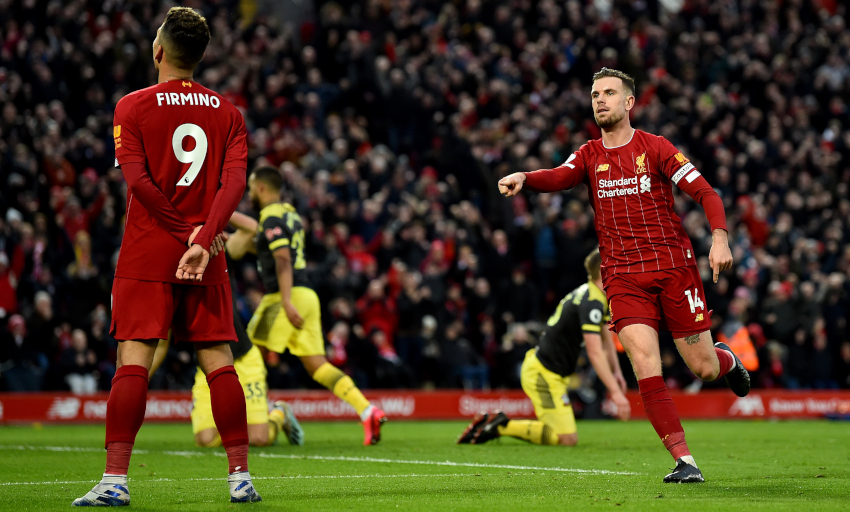 That was the Brazilian's second assist of the day and he wrapped up a hat-trick of them when creating Salah's second to complete the scoring.

"Some of the stuff he does is madness really!" the skipper said of Firmino. "But he's another outstanding player for us and it was another big performance from him.

"Especially in the second half, everyone put in a really good performance. We're just really delighted to get the three points, especially going into the break now."

The win over Ralph Hasenhuttl's side moved Liverpool 22 points clear at the top of the Premier League with 13 fixtures left to play.

Henderson, though, continues to stress the mindset within the dressing room will not change despite such a lead at the summit.

He stated: "We're getting closer to our target but I don't see why we need to change – I keep saying it every week but it's the truth.

"We take the next game as it comes, that's the next challenge and the biggest challenge. We're focusing on that 90 minutes and giving everything we can, respect the opposition like we always do and just focus on each game as it comes.

"That's put us in good stead until now, so there's no need to change. We just need to continue on our journey, keep focused, keep learning at the training ground and then when we play on a weekend, give everything we can."