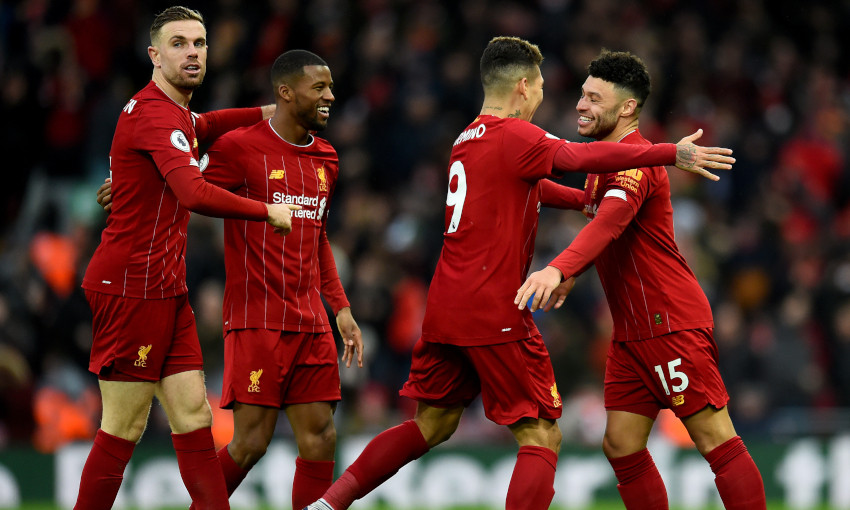 Alex Oxlade-Chamberlain considers it a 'joy' to play alongside the incredibly selfless and skilful Roberto Firmino.

The No.15 was a beneficiary of Firmino's creativity to net the opening goal in Saturday's 4-0 victory over Southampton in the Premier League.

Oxlade-Chamberlain received possession after an audacious backheel flick from his Brazilian teammate before drilling past Alex McCarthy.

Speaking about the assist for his strike, Oxlade-Chamberlain told Liverpoolfc.com: "It becomes a little bit normal when you play with that guy.

"That's the way he plays and he does those magnificent things all the time. I love him, I absolutely love him. He's such a joy to play with and to feed off.

"He's always looking for others, he works for the team and his skills speak for themselves. He's a top man and we all love him."

Oxlade-Chamberlain's opener against Ralph Hasenhuttl's side was his seventh goal of the season so far.

Having also netted earlier in the week at West Ham United, the 26-year-old believes he's now finding rhythm in front of goal and doesn't have to look far for inspiration.

He continued: "It helps playing. I think I've played the last five now, which is really nice. That obviously helps you get a feeling with the way that the team's playing and with the boys around you.

"I think a lot of it's just down to maybe being a bit more clinical, getting myself in more areas where I can shoot and affect the game. Luckily, the last few have gone in.

"But that's what the top goalscorers do. We've got Mo, Sadio, Bobby and they set the example for anyone that wants to learn how to score goals. I get to watch them a lot and try to follow situations and put yourself in the position to score.

"We've got players that can find you, so there's always opportunities that this team creates.

"I'm delighted to have scored a couple of goals in the last two games, but it's about us all and making sure that we chip in where we can and finish the season strong now."