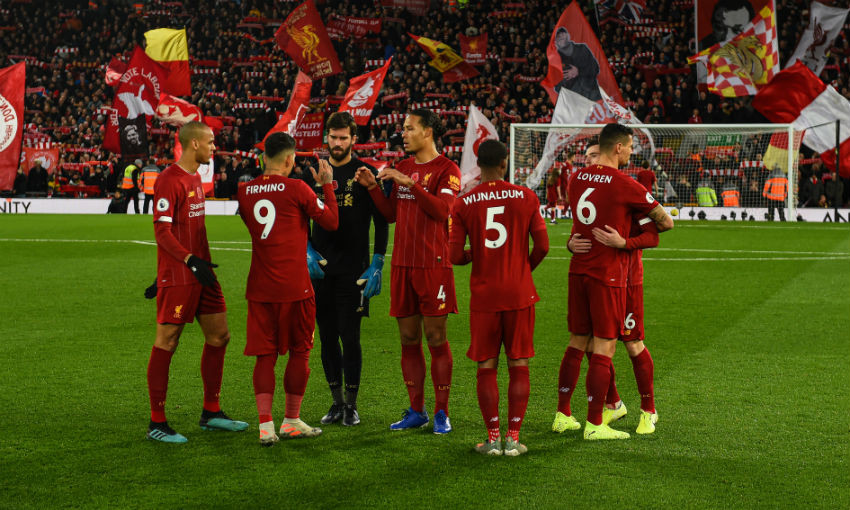 Gini Wijnaldum on the Club World Cup: 'We want to make history'

Pepijn Lijnders attributes Liverpool's relentlessness to the pursuit of a 'culture of perfection' within the club.

Having won the Champions League and amassed a club-record total of 97 Premier League points last term, the Reds have maintained those quite remarkable levels of performance so far this season.

Jürgen Klopp’s team currently sit in pole position in both their domestic and European tables, lifted the UEFA Super Cup in August and have qualified for the last eight of the Carabao Cup.

Including penalty shootouts, their overall record in 2019-20 currently stands at 17 victories, one draw and two defeats from 20 matches - and assistant manager Lijnders has provided an insight into how such consistency has been achieved.

“We searched to create a culture of preparation inside our club, a culture of perfection, and we can feel this now in all the people through all the departments of the club,” the Dutchman says in the latest edition of the official Liverpool FC magazine.

“But we looked at it game by game, not searching for the records. In my opinion, a long number of wins is only possible with a lot of dedication and effort by all the staff, from the ground staff, kit management team, the analysts… everyone involved.

“Each game had its own story, we had games where we dominated and owned the pitch from the start until the end and we also had games where we had to find solutions and overcome adversity. But what was always there was the ‘chasing over the whole pitch’ attitude of the boys.”

It is the application and drive of the team that Lijnders considers to be the most satisfying aspect of the Reds’ form.

He continues: “Purely the mentality of the boys in the hard, hard moments, never giving up and never giving up our playing style. Never complaining or making excuses on the training pitch.

“I love how we tell our team every day that we are capable of becoming really great as long as we focus and we don’t drop concentration - we need to maintain 100 per cent tactical discipline in our way.

“That’s why I think these last few games were incredible in all aspects. We have to keep the same hunger and passion to win but at the same time understand that it’s much more important that we stay focused on how we play and play our way, whatever the scoreline, wherever we play and whoever we play against.

“We must never leave someone alone and need to help the player who is chasing from all directions. That should be the only pressure: to help your teammate.”

Read the full interview with Lijnders in the latest edition of the official Liverpool FC magazine.