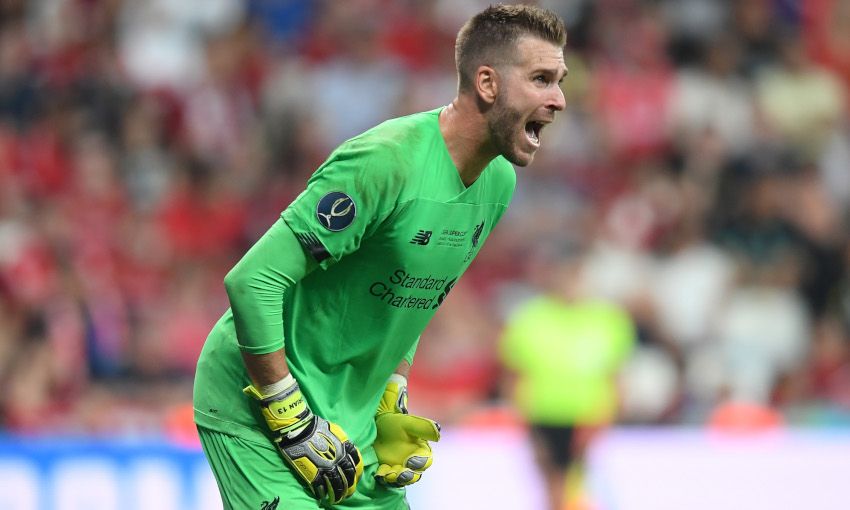 Adrian has revealed he is hopeful of being fit to start Liverpool's match at Southampton on Saturday.

The goalkeeper suffered a freak ankle injury during the celebrations of the Reds' UEFA Super Cup victory over Chelsea in Istanbul on Wednesday.

Jürgen Klopp revealed news of the injury during his pre-match press conference on Friday morning, admitting a decision on Adrian's fitness would be taken tomorrow morning.

However, the Spaniard is optimistic about recovering from the issue in time for the meeting with Ralph Hasenhuttl's side.

Speaking to Liverpoolfc.com at Melwood on Friday, Adrian said: "Today I feel much better.

"It was a strange, weird situation because we were celebrating between us and one guy jumped from the crowd and started running.

"I think he slipped in front of us and also the security with him and made me a tackle from the side. It was a bit of a strange situation but I feel much better today and I hope [I'm] ready for tomorrow."

On his chances of featuring at St Mary's, he added: "Yeah, I think I have many chances.

"I feel mentally ready and I also hope today with the treatment of the ankle it's going to be much better.