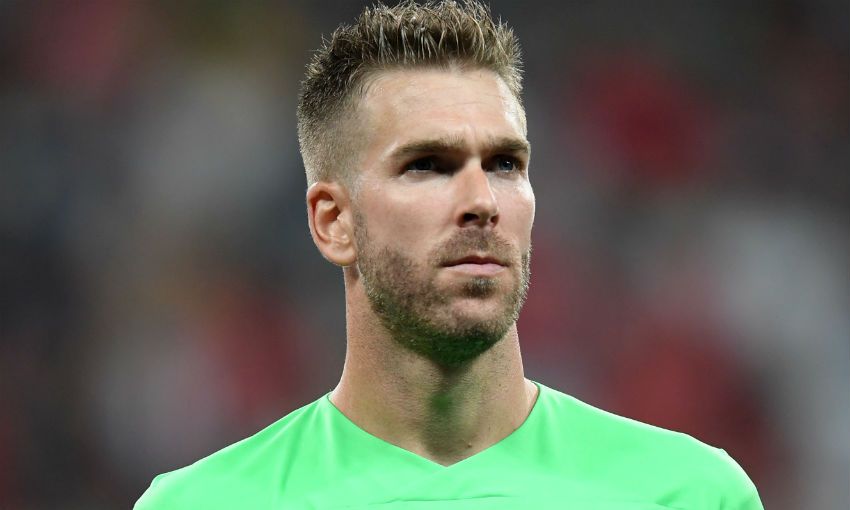 Jürgen Klopp has revealed Liverpool will need to check on the fitness of Adrian ahead of Saturday’s encounter with Southampton.

The goalkeeper, whose penalty save from Tammy Abraham secured the UEFA Super Cup for the Reds against Chelsea on Wednesday evening, sustained a freak injury during the resulting celebrations in Istanbul.

Klopp confirmed during his pre-match press conference on Friday morning that the club’s medical team will need to assess Adrian’s ankle issue prior to the journey to St Mary’s.

The manager said: “It would help him a lot if it would be 100 per cent clear he can play tomorrow.

“I really don’t understand it why, in the world of social media where you are all on it, when we were all together a supporter jumped over something, was chased by some security guys, slipped and kicked [Adrian’s] ankle. Crazy.

“Yesterday it was swollen. Today I spoke to him and he said it is better, much better than yesterday, but we have to see.

Klopp added: “He will not go for a scan. We wait for the swelling to go down. It went down already. You can imagine, you have that and then you fly four hours back and that doesn’t help swelling.

“He could not have played directly after we landed in Liverpool, but I saw him now, he is OK and it looks better, but the decision will be made tomorrow – there is no chance to make it early.”

Should Liverpool be without Adrian, either Andy Lonergan and Caoimhin Kelleher will deputise between the sticks, with regular first choice Alisson Becker also absent due to a calf injury.

“Adrian came in a week before, Andy Lonergan trained longer with us and played [the] first half against Sevilla in a pre-season game.

“Caoimhin, who we all are completely excited about, a young boy with the potential he has and stuff like that, was not in training for a while, but is now in training - not 100 per cent training, but nearly 100 per cent since a week and a half [ago].

“He has to be in training today, we will see and then we will make a decision.”