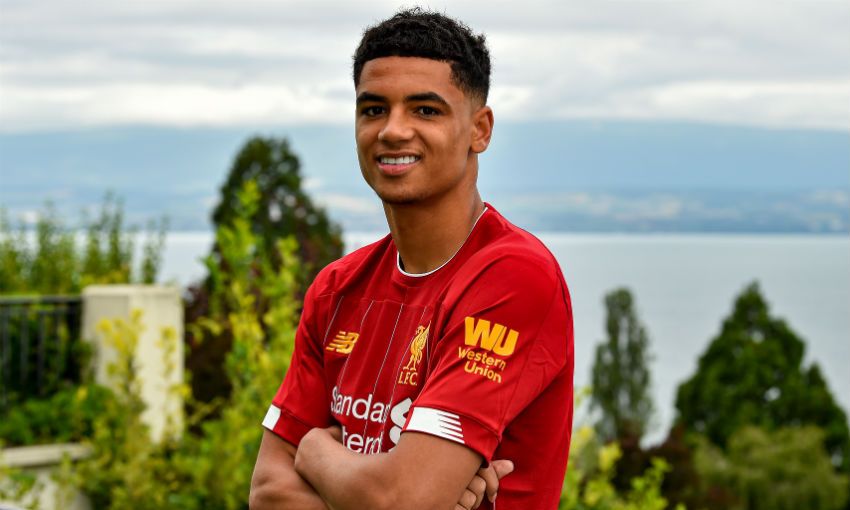 The 17-year-old put pen to paper on the terms, which represent the first professional deal of his career, at the club’s training base in Evian.

“I need to be realistic. I hope to make some minutes in the first team this year, of course, but I know that I will probably play more games for the U23s. I will just train hard with the first team, show them what I can do and if there is a chance, I will be ready. That’s what I am hoping for.

“I still need to learn a lot of things. I am still 17, so I just need to keep doing what I am doing to get better at the things that can be better.

“It’s a lot of trust from the club to let me sign this new contract. I will try to do them proud and show what I can do for this club – and I hope these are not the last few years I play here.”

Hoever has figured in all six of Liverpool’s pre-season friendlies so far this summer.

The defender, who joined the club from Ajax Amsterdam in September 2018, made his senior breakthrough last season when he appeared as a substitute during the FA Cup tie with Wolverhampton Wanderers at Molineux.

In doing so, he became the club’s third-youngest ever debutant at the age of just 16 years and 354 days.

Hoever, who represents his native Netherlands at U17 level, is also a regular for Neil Critchley’s U23s.