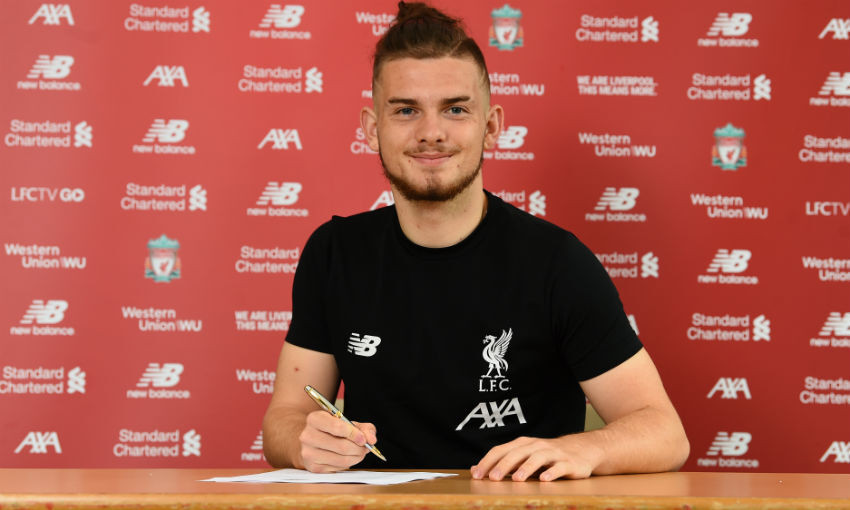 The forward has put pen to paper on a senior deal with the Reds having become eligible to do so after turning 17 on April 4.

Elliott told Liverpoolfc.com: “I think since the first day I've walked in, it's been an indescribable journey so far.

“I think now to top it off with my first professional contract is a dream come true for me and my family. I'm excited to see what the future holds and I'm just excited to give everything to the club and the fans.”

Elliott joined the club from Fulham last summer and has made eight first-team appearances so far.

The lifelong Liverpool supporters’ debut came in the EFL Cup tie at MK Dons back in September, becoming the second youngest debutant in the club’s history.

Elliott's most recent outing was as a substitute during last week’s 4-0 win over Crystal Palace at Anfield in the Premier League.

“I think when I stepped out on the Anfield pitch when I played Arsenal, I think it was an emotional thing for me,” he added. “To obviously be watching the players and to be playing them with them, honestly it's a dream come true.

“To be in and around the fans as well, to hear them singing You'll Never Walk Alone when you're stepping out on the pitch, it did bring a tear to my eye. I just can't wait to give everything back to them and just to show them what I can do.”