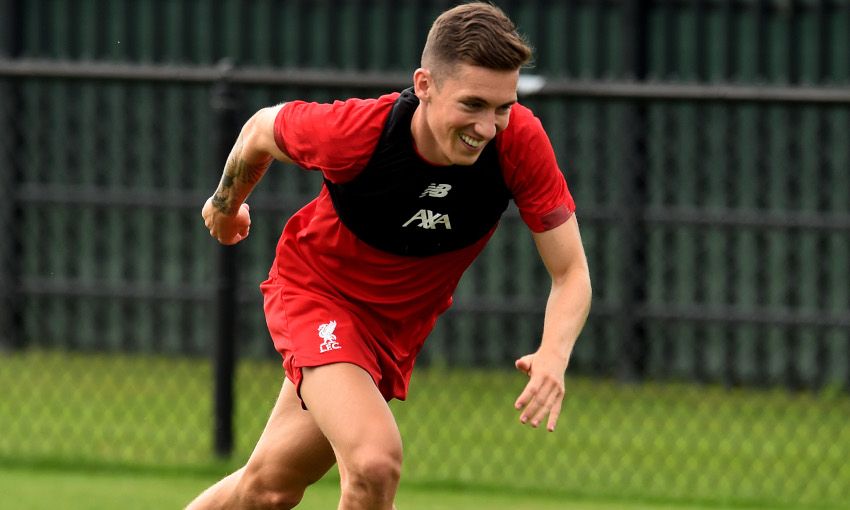 Liverpool are looking forward to stepping up their pre-season schedule against a Champions League-calibre team in Borussia Dortmund tonight, Harry Wilson has explained.

After domestic friendlies against Tranmere Rovers and Bradford City, the Reds take on the Bundesliga giants in South Bend, Indiana, in the first game of their United States tour.

And Wilson has described why the chance to pit themselves against a team of Dortmund’s quality is something the players are relishing.

He told Liverpoolfc.com: “It’s what you want. I think you need those friendlies we had back home; they’re about getting minutes in your legs and getting used to playing with each other again, or playing with players you haven’t played with.

“They were great, but now I think all the lads are ready to step it up against a really good European team.”

Liverpool have been preparing for the contest in temperatures around the 30-degree mark since arriving on Tuesday.

It’s meant gruelling workouts for the players, but Wilson has outlined how the conditions can help with the target of improving fitness.

“The first session we did here on Tuesday night, I think everyone felt the heat – the climate is a lot different,” he said. “But as the days go on, you get used to it and the sessions get harder, you feel yourself getting fitter, so it’s all good.

“I feel in good nick. I tried to do my bit over the summer, but I didn’t really have a long break after a long season with Derby and then the internationals. That helped me get a lot of games under my belt last season so I feel I’ve come back in good shape.”

The Reds brought a squad of 29 players to North America, with several Academy youngsters being afforded a chance to impress the coaching staff.

“They all look like they’re enjoying it, they’re all showcasing their talents,” Wilson noted. “They’re all doing really well. The senior lads are really good as well, they make you feel a part of the group.

“I remember a few years ago when it was my first trip, they were brilliant with me. They’re the same with the young lads now, so the group is really tight.

“When you’re young, you kind of have this ‘no fear’ feeling – you want to go out there, you want to impress the manager and the senior pros that you’re training with and ultimately get better. When you’re at a young age, nothing fazes you and you just try to do as well as you can.”